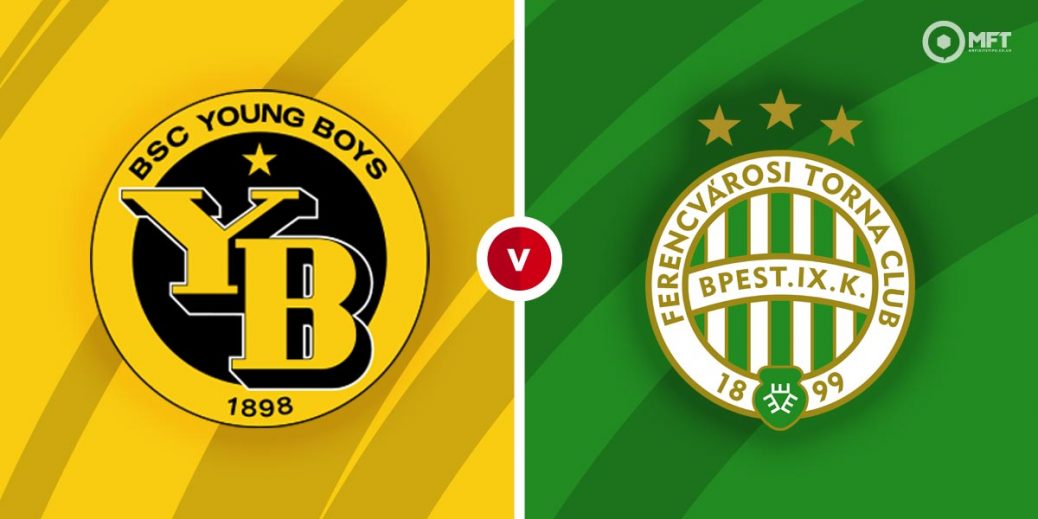 Young Boys continue their quest to reach the group stage of the UEFA Champions League as they host Ferencvaros at Stadion Wankdorf in the first leg of the playoffs. The Swiss side have turned their home turf into a fortress and should be too strong for Ferencvaros.

Young Boys warmed up for Wednesday’s clash with a 4-1 victory over Littau in the Swiss Cup. They had four different scorers with Wilfried Kanga and Vincent Sierro on target in the first half while Michel Aebischer and Cedric Zesiger added further goals after the break.

It was an extension of the Swiss team’s recent good form which saw them overcome CFR Cluj to book their place in the Champions League playoffs. After holding out for a 1-1 draw in the first leg, Young Boys claimed a 3-1 victory over Cluj in last week’s second leg to maintain their unbeaten run in the competition.

David Wagner’s team often do their best work at home and are unbeaten in their last five. However, they often struggle to keep things tight at the back with just one clean sheet in their last four matches.

Ferencvaros claimed a 2-1 aggregate win over Slavia Prague to book their place in the playoffs. They suffered a 1-0 defeat in last week's second leg but a 2-0 home victory in the first fixture was enough to earn them win.

Peter Stoger’s men reached the group stage of the Champions League last season and are looking to make it back-to-back appearances. Ferencvaros travel to Young Boys off the back of a 4-1 victory over Mezokovesd-Zsory in the Hungarian NB I.

Ferencvaros are usually erratic and often struggle on their travels on the continent. They have lost four of their last six away matches in the Champions League.

Young Boys have been installed as overwhelming favourites by the bookies and are priced at 11/18 by SBK to claim the win. A victory for Ferencvaros is valued at 11/2 with Paddy Power while a draw is set at odds of 3/1 with BetVictor.

Given Ferencvaros’ struggles on the road and with Young Boys often impressive at Stadion Wankdorf, I am backing a home win here.

This is the first ever meeting between Young Boys and Ferencvaros.

Young Boys striker Jordan Siebatcheu has found the net three times in the Champions League qualifiers with Vincent Sierro and Michel Aebischer also among the goals. They have scored in their last three matches in the competition and could be backed to extend that run at 1/7 by Vbet.

Ferencvaros also have some quality in attack, particularly with Myrto Uzuni and Ryan Mmaee both finding the net recently. With both men featuring in attack, the Hungarians have scored in four of their last five matches and could be tipped to once again find the net at 4/6 with Vbet.

There have been goals for both teams in three of Young Boys’ last four matches and a similar outcome is priced at 11/10 with MansionBet. With Young Boys expected to win and also concede, over 2.5 goals could be on the cards at 21/20 with Red Zone.

Young Boys have seen over 3.5 goals in their last two matches and could be backed for a similar outcome at 13/5 with Paddy Power. The Swiss team could also be tipped to score in both halves at 13/8 with bet365.

This UEFA Champions League match between Young Boys and Ferencvaros will be played on Aug 18, 2021 and kick off at 20:00. Check below for our tipsters best Young Boys vs Ferencvaros prediction. You may also visit our dedicated betting previews section for the most up to date previews.