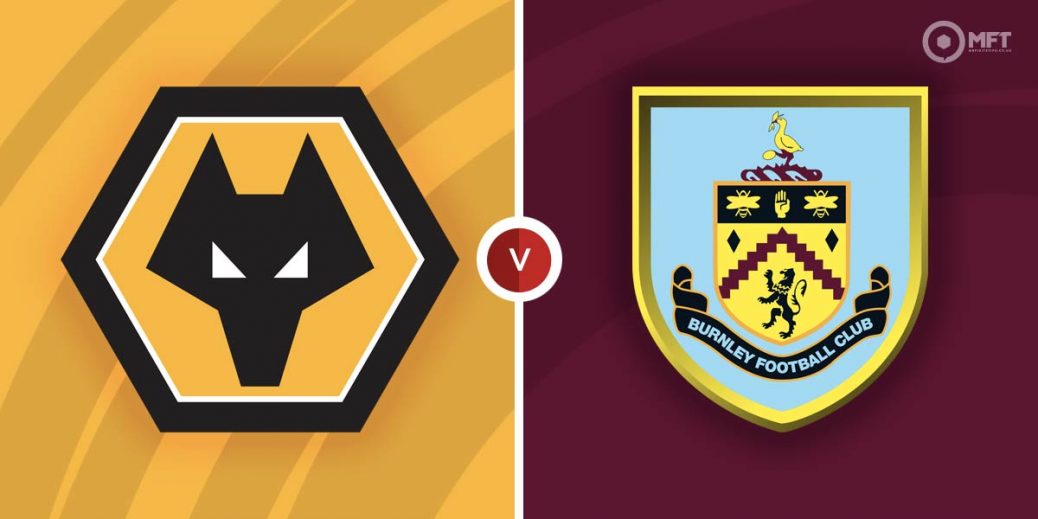 Wolverhampton Wanderers host Burnley in a midweek English Premier League fixture with both teams looking to maintain their recent resurgence. Wolves have been almost unstoppable at home lately and will be full of confidence on Wednesday.

After enduring a difficult start to life as manager of Wolves, Bruno Lage appears to finally have his team playing the way he wants. They have lost just once in their last eight Premier League matches, claiming five wins in that run.

Although they were held to a 0-0 draw at Norwich City in their previous Premier League fixture, Wolves still have plenty of momentum heading into Wednesday’s clash. Their recent good form has seen them climb to sixth on the table, three points behind fourth placed West Ham.

At home is where Wolves have done their best work in recent weeks having won their last three matches at Molineaux. They have beaten Newcastle United and Everton in that run and claimed a 1-0 victory over West Ham in their previous home fixture.

Burnley are still in the relegation zone but recent performances will give them plenty of optimism for survival. They are unbeaten in their last four Premier League matches and are now just three points from safety.

The Clarets were not in action last weekend as they clash with Tottenham Hotspur was postponed due to poor weather. They played out a 3-3 home draw with Crystal Palace in their previous fixture but are winless away from home this season.

That result against Palace is a pointer to an uncharacteristic defensive vulnerability which is likely to be a source of worry for manager Sean Dyche. They are without a clean sheet in their last five Premier League matches, conceding nine goals in that run.

Wolves have the edge among the bookies at 13/14 with SBK while a victory for Burnley is valued at 18/5 with SpreadEX. A draw is set at odds of 12/5 with Skybet.

Wolves have a 35-24 advantage with 22 draws from 81 previous matches against Burnley. However, the Clarets claimed a 4-0 victory on their last visit to Molineaux.

After a difficult start to the season, Raul Jimenez has been slowly returning to his best form in recent weeks. The Mexican striker had found the net in his last two home matches and could be backed to continue that run at 17/10 with BetVictor.

Burnley will be banking on Maxwell Cornet to maintain his impressive form in front of goal. The Ivorian forward has five goals in seven appearances for the visitors and is priced at 5/1 by Quinnbet to score on Wednesday.

Burnley have also seen BTTS in their last four Premier League fixtures and could be set for a similar outcome at evens with betfair.

This English Premier League match between Wolves and Burnley will be played on Dec 1, 2021 and kick off at 19:30. Check below for our tipsters best Wolves vs Burnley prediction. You may also visit our dedicated betting previews section for the most up to date previews.