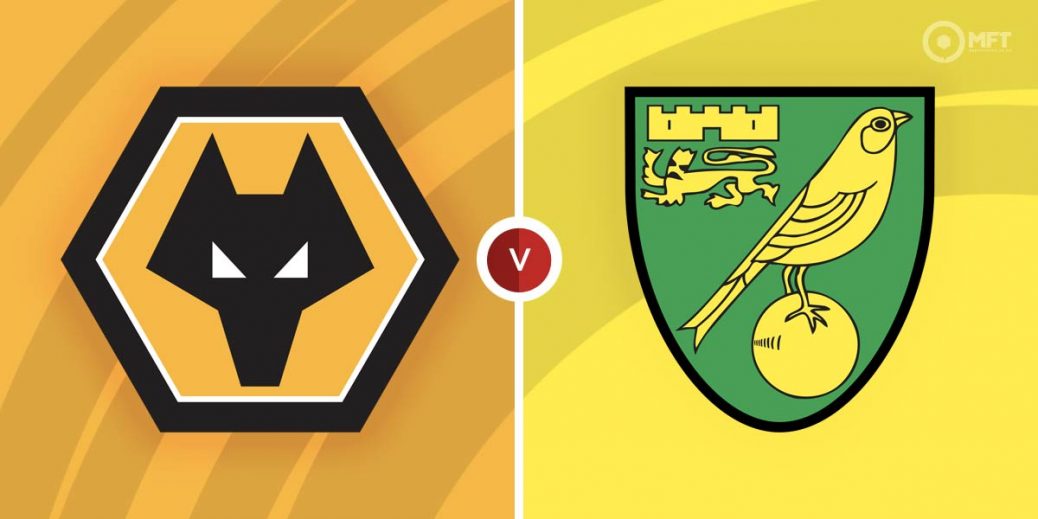 Wolverhampton Wanderers will be looking to carry their recent good form into the FA Cup but face a resurgent Norwich City in this fourth-round clash. The Canaries have shown some good form of late but Molineux remains a fortress for Wolves, who will be confident of gaining the upper hand on Saturday.

Wolverhampton Wanderers are one of the most in-form teams in the Premier League at the moment and are unbeaten in their last six matches across all competitions. They have claimed five wins in that run, including a 3-0 victory over Sheffield United in the FA Cup third round.

Wolves’ last outing prior to the international break saw them pick up a 2-1 win in the Premier League over Brentford with Ruben Neves and Joao Moutinho getting the goals.

Home form has been pivotal to Wolverhampton Wanderers’ recent rise, they have suffered just one defeat in their last eight matches at Molineux. They have won the last two matches in that run with a 3-1 victory over Southampton following the triumph over Sheffield United.

Norwich City have looked a different side in recent weeks, winning three of their last four matches across all competitions. They are finally off the foot of the Premier League table and will be looking to build their confidence with a Cup win.

The Canaries reached the fourth round of the FA Cup after claiming a 1-0 victory at Charlton Athletic with Milot Rashica getting the goal. They head into Saturday’s clash off the back of consecutive wins, including a 3-0 victory at Watford with Josh Sargent netting a brace.

One problem that still persists for Norwich City is their poor record on the road having suffered three defeats in their last five away matches. They also remain unconvincing at the back and have kept just two clean sheets in their last 10 matches across all competitions.

Wolverhampton Wanderers have the upper hand among the bookies and are priced at 4/6 by Coral to claim the win. SBK is offering odds of 5/1 for a Norwich City victory while a draw is set at odds of 3/1 by MansionBet.

Wolves are unbeaten in the last five matches against Norwich City, claiming three wins in that run. Both teams played out a 0-0 draw back in November but Wolves ran out 3-0 winners in the last meeting between both sides at Molineux.

Wolverhampton Wanderers have spread their recent goals across the team with Joao Moutinho, Ruben Neves and Raul Jimenez all on target lately. However, changes are expected in the FA Cup and following his brace in the previous round, Daniel Podence could be worth a punt to score anytime at 49/20 by Unibet.

Josh Sargent netted a brace in the win over Watford and could be worth considering to score anytime on Saturday. The American forward is priced at 27/5 by Unibet to find the net.

Three of the last four matches between Wolverhampton Wanderers and Norwich City have produced over 2.5 goals and a similar outcome is priced at 11/10 by 10bet. Over 3.5 goals could also be considered at 14/5 with Unibet while both teams could be backed to score at 21/20 with Sport Nation.

Wolves have scored in both halves in their last two home matches and could be set for a repeat at 15/8 with Skybet.