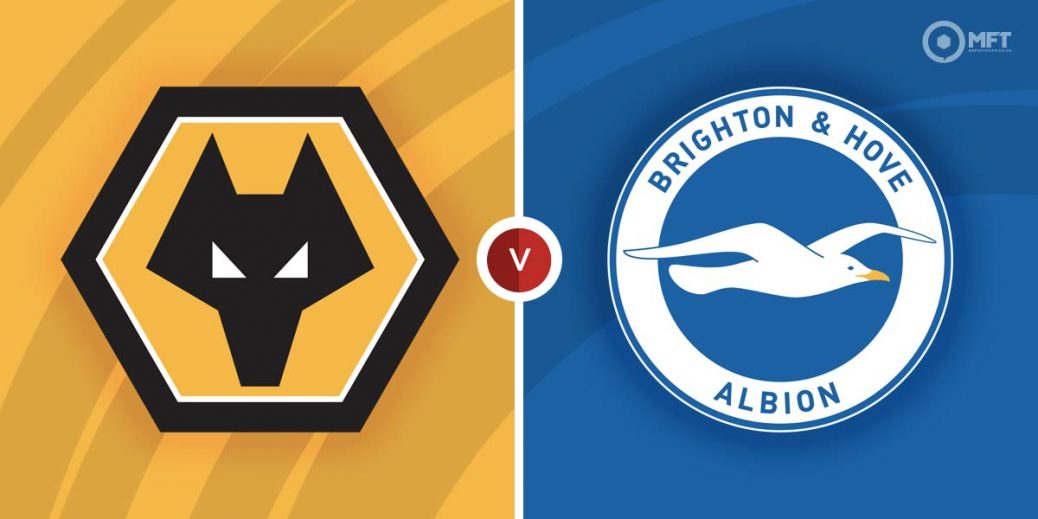 Wolverhampton Wanderers are set to maintain their push for a place in Europe next season as they host Brighton & Hove Albion in a Premier League fixture on Saturday.

Wolverhampton Wanderers’ slim European hopes were dealt a blow last time out as they suffered a 1-0 defeat at Burnley. They saw more of the possession and created a few chances but generally struggled to get past a stubborn Clarets’ backline.

Sitting five points off the top six, there is still a chance for Wolves to finish in the European places. They have however won just one of their last four matches.

Bruno Lage's men have won three of their last five home matches and triumphed 2-1 in their previous outing in front of their fans.

Brighton & Hove Albion appear to be coming into some form as the season slowly winds down and have suffered just one defeat from their last five matches. They are currently 11th on the table and sit just two points off ninth place Newcastle United, making a top half finish a real possibility.

The Seagulls travel to Molineux off the back of a 2-2 draw with Southampton in their previous Premier League fixture. Manager Graham Potter would have been disappointed by the performance as they let a two-goal first half lead slip.

Although Brighton were beaten 3-0 by champions Manchester City in their last away fixture, they still boast a decent record on the road. They have earned draws at Chelsea and Leicester City while recent wins at Arsenal and Tottenham Hotspur will give them confidence ahead of Saturday’s clash.

The bookies appear to be split on this one with a win for Wolves priced at 17/10 by William Hill while a Brighton victory is also valued at 9/5 by Sport Nation. A draw is set at odds of 9/4 by SBK.

Brighton have an 11-5 advantage with 11 draws from 27 previous matches with Wolverhampton Wanderers. However Wolves have won the last two meetings and claimed a 1-0 victory in the reverse fixture back in December.

Raul Jimenez returned from suspension last time out but was kept quiet by Burnley. The Mexican striker remains the biggest attacking threat for Wolves and is priced at 5/2 by Unibet to get on the score sheet on Saturday.

Much of Brighton’s attacking play goes through Leandro Trossard and the Belgian can also find his own way to goal. The attacker has scored in his last two away matches and is priced at 17/5 by SBK to maintain that run.

Wolves and Brighton have quality in attack and with neither side convincing at the back, both teams could be tipped to score at 23/20 by Unibet. The Seagulls’ last outing produced over 3.5 goals which is priced at 19/5 by SBK while BetVictor is offering 29/20 on over 2.5 goals.

Wolves and Brighton have seen a number of late goals in their recent matches so the second half could be tipped as the highest scoring half at 13/10 by Paddy Power.