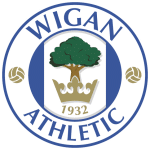 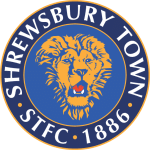 Two teams at opposite ends of League One meet as Wigan host Shrewsbury Town in an EFL Trophy Group C fixture. The Latics need a win to keep alive their hopes for progressing to the next phase of the competition and should just have the edge in this one.

There has been a stark contrast between Wigan's form in League Two and their performances in the EFL Trophy. While the Latics are setting the pace in the league, they are currently bottom of the standings in the Cup competition.

Having claimed just one point in Group C, Wigan head into Wednesday’s fixture relying on favours from elsewhere to progress. However, they will first need to handle their own business by beating Shrewsbury Town.

Despite being held to a 0-0 draw by Solihull Moors in the FA Cup last Saturday, Wigan will be looking to channel some of their recent performances at the DW Stadium. Leam Richardson’s men have won two of their last three home matches and claimed a 2-0 victory over Burton Albion in their previous fixture in front of their fans.

Shrewsbury Town travel to Wigan off the back of a 5-1 victory over Stratford Town in an FA Cup first round clash on Sunday. They recovered from an early setback to secure the win with Ryan Bowman netting a brace.

While Shrewsbury are wallowing in the relegation zone in League One, the Cup competitions have proved a good hunting ground. They are currently second in Group C of the EFL Trophy and claimed a 3-1 victory over Wolves U21 in their previous fixture.

The reason for Shrewsbury Town’s struggles in League One could be attributed to a poor record on the road. Steve Cotterill's men have claimed just one win from their last nine away matches, suffering six defeats in that run.

Wigan have the upper hand among the bookies at 19/25 with novibet while a victory for Shrewsbury Town is priced at 18/5 with BetVictor. Vbet is offering odds of 47/17 for a draw.

Wigan have a 3-2 advantage with three draws from eight previous matches against Shrewsbury Town. The Latics claimed a 2-1 victory in the last meeting between both teams back in April.

William Keane and Callum Lang have impressed for Wigan this season with both men often featuring in attack. They have combined for 12 League One goals this term and can ensure the hosts get on the score sheet at 2/11 with Vbet.

Shrewsbury Town also have some quality in attack, particularly with Ryan Bowman who netted a brace against Stratford Town on Sunday. The striker is likely to cause Wigan plenty of problems and can ensure the visitors find the net at 11/20 with Vbet.

There has been BTTS in the last two meetings between Wigan and Shrewsbury and that run could be tipped to continue at 8/9 with Vbet. Over 2.5 goals can also be on the cards at 20/21 with BetVictor.

Wigan can be tipped to earn a win and over 2.5 goals at 9/5 with betway while they are also likely to score in both halves at 15/8 with Skybet.

This EFL Trophy match between Wigan and Shrewsbury Town will be played on Nov 10, 2021 and kick off at 19:00. Check below for our tipsters best Wigan vs Shrewsbury Town prediction. You may also visit our dedicated betting previews section for the most up to date previews.