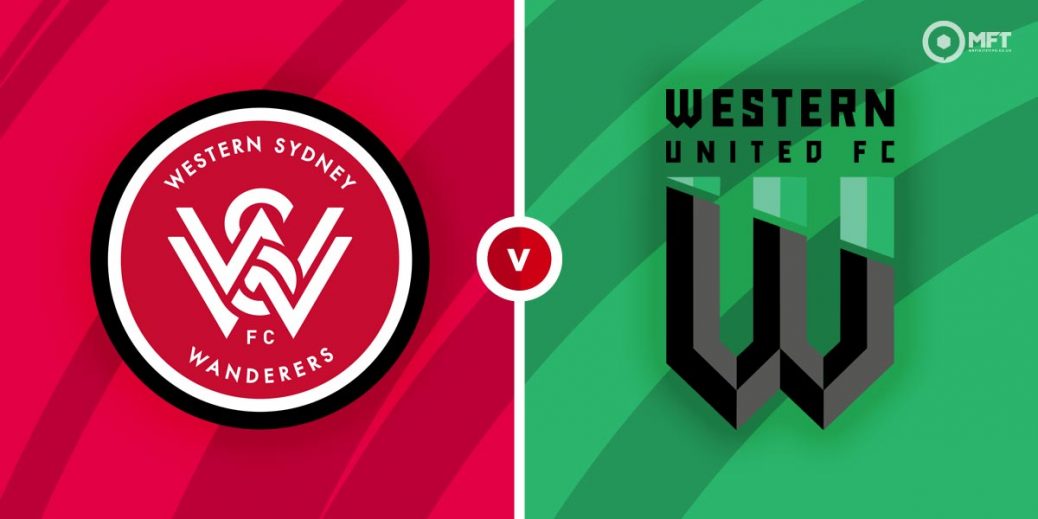 The battle for the final series playoff heats up in the A-League as Western Sydney Wanderers hosts Western United at Bankwest Stadium. Both teams appear evenly matched at the moment but Western Sydney’s good home record should give them the edge.

A 3-2 victory over Sydney FC put Western Sydney Wanderers back in the mix for the final series playoff. First half efforts from Bruce Kamau and Mitchell Duke put them in control of the tie while Scott McDonald added the third after the break.

It was a much-needed victory for the Wanderers after suffering defeats in their previous two matches. They are now level on 28 points with Western Sydney, who are just outside the final series playoff places and can leapfrog their rivals and possibly climb into the top six if results go their way.

Manager Carl Robinson’s men have suffered just one defeat on their last five matches at Bankwest Stadium. They beat Wellington Phoenix 4-3 and also claimed a 3-0 victory over Perth in that run.

Western United are coming off a 2-1 defeat at Brisbane Roar in their previous A-League fixture. They failed to build on Lachlan Wales’ opener and conceded twice in the second half, including an injury time winner.

Western United have claimed just one win in their last four A-League matches. That poor run has cost Marko Rudan’s team their spot in the final series playoff as they sit seventh on the table, one point behind Macarthur in sixth.

Western United’s record on their recent travels has also been poor with four defeats in their last six away matches.

Western Sydney Wanderers go into Saturday’s match as favourites among the bookies and are priced at 6/5 by BetVictor to win. A victory for Western United is valued at 12/5 by bet365 while a draw is set at odds of 11/4 by SBK.

With Western United struggling lately, I am tempted to lean towards a victory for Western Sydney Wanderers.

Western United have a 2-1 advantage from five previous matches against Western Sydney Wanderers. There have been juts two draws between both teams while Western Sydney earned a 1-0 victory in the last meeting.

Mitchell Duke and Bruce Kamau both have six goals each this season and will be tasked with providing the spark in attack for Western Sydney. Bet365 has Duke at 21/20 to score anytime while Kamau is priced at 7/2 by Unibet in the same market.

Winger Lachlan Wales was on target for Western United last time out and could be worth a punt to score anytime at 7/2 by Sporting Index. Striker Bersat Berisha remains the top scorer for the club and is priced at 6/5 by Unibet in the same market.

Western Sydney Wanderers could be backed to score first at 13/17 with MansionBet while they are also likely to score in both halves at 7/4 with SBK.