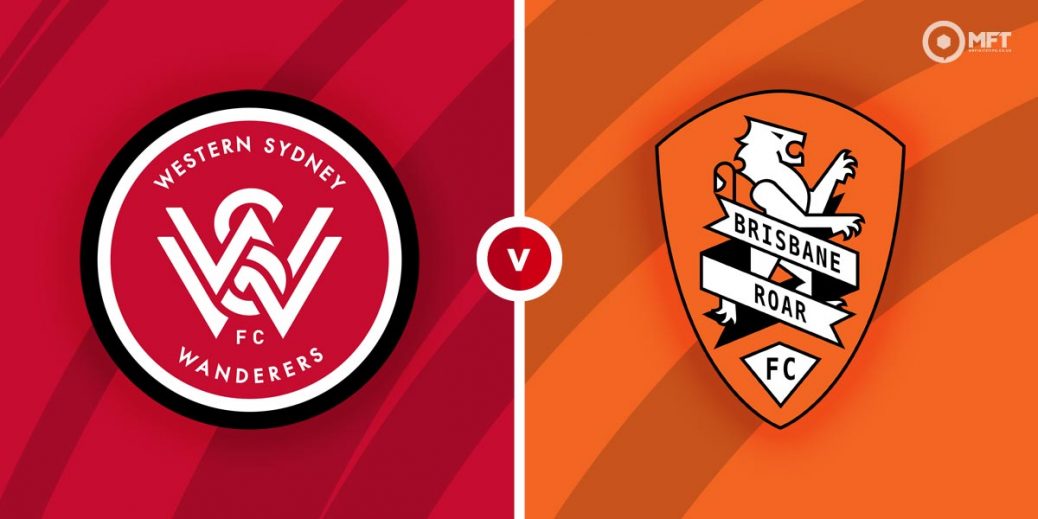 Western Sydney Wanderers are looking to maintain their spot in the final series playoff as they host Briabane Roar in an A-League fixture at the Bankwest Stadium. Both teams have been on a similar run of form lately and are likely to cancel each other out for a draw.

Western Sydney were held to a 1-1 draw at Adelaide United last time out in the A-League. They took an early lead through Tomi Juric and were reduced to 10 men before conceding the equaliser midway through the second half.

Carl Robinson’s men hold a five-point lead over Brisbane Roar, who are just outside the final series playoff positions. They have suffered just one defeat in their last seven matches, although the last three have ended in draws.

The problem for Western Sydney Wanderers is an inability to keep things tight at the back. They have struggled to build on leads in recent weeks, going in front in each of their last four matches before getting pegged back and failing to see out the win.

Brisbane Roar were victorious in their last A-League fixture where they claimed a 2-1 win at Macarthur. Goals in each half from Dylan Wenzel-Halls and Riku Danzaki gave them a two-goal lead before Macarthur stuck a consolation late in the second half.

Warren Moon’s men have been on the rise lately as they attempt to break into the final series playoff places. They have suffered just one defeat in their last five matches, although three of those fixtures have ended in draws.

Brisbane Roar have similar problems to Western Sydney Wanderers as they also struggle with a leaky defence. They travel to the Bankwest Stadium without a clean sheet in their last six A-League matches.

Western Sydney Wanderers are considered favourites among the bookies and are priced at 32/21 by SBK to secure the win. A victory for Brisbane Roar is valued at 15/8 by BetVictor while Unibet is offering odds of 13/5 for a draw.

With both teams appearing evenly matched heading into this one, I am leaning towards a draw here.

There have been 30 previous matches involving Western Sydney Wanderers and Brisbane Roar with both teams claiming 11 wins each. They have battled to eight stalemates, including a 1-1 draw in the reverse fixture earlier this month.

Mitchell Duke often leads the line for Western Sydney Wanderers and is valued at 6/5 by Sporting Index to score anytime.

Fellow forward Bruce Kamau netted a brace in his last home appearance and could also be worth a punt in the same market at 11/4 with bet365.

Dylan Wenzel-Halls is the top scorer for Brisbane Roar with seven goals this season and Sporting Index is offering 8/5 on the striker to score anytime. He could also be worth a punt in the first goalscorer market at 11/2 with bet365.

With both teams looking shaky at the back lately, a punt in the goals market could provide some rewards. Over 2.5 goals is priced at 14/19 by Red Zone, over 3.5 goals is valued at 7/4 by bet365 while BetVictor is offering 9/2 for over 4.5 goals.

Western Sydney Wanderers and Brisbane Roar have a penchant for scoring after the break, so it might be worth a punt picking both teams to score in the second half at 7/4 with bet365. The second half could also be picked as the highest scoring half at 21/20 with Red Zone.