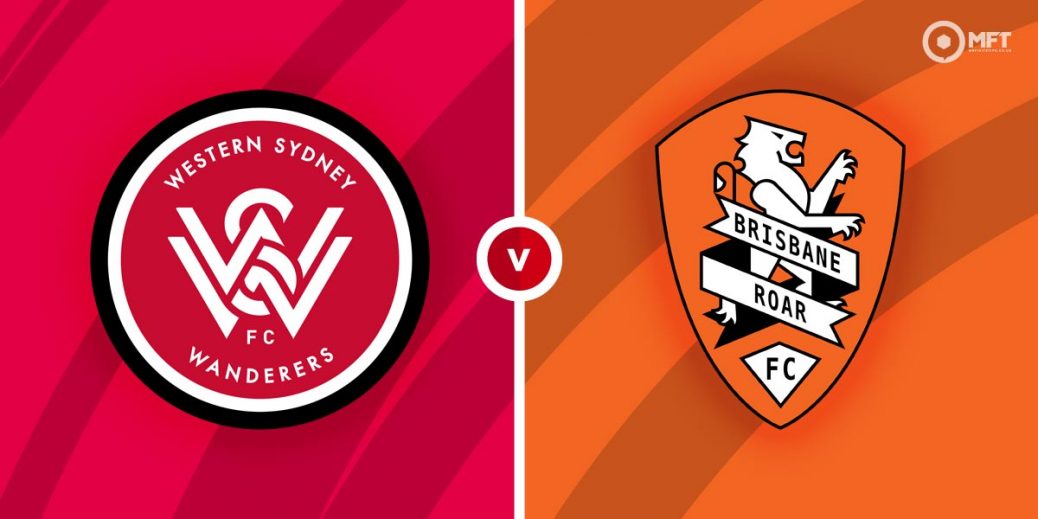 Western Sydney Wanderers will hope to snap a three-match losing streak when they host Brisbane Roar in an A-League fixture at Bankwest Stadium. Brisbane appear to be building momentum ahead of the playoffs and should be too strong for their struggling hosts.

A first half effort from Keanu Baccus was not enough to help Western Sydney Wanderers avoid defeat in their previous A-League fixture. They were wasteful in front of goal and lost 2-1 at home to Wellington Phoenix.

It was the third straight defeat for Western Sydney, who appear to be on a downward trend as the regular season draws to a close. That poor run has put a major dent on their playoff hopes as they sit four points behind six place Macarthur with two matches left to play.

Western Sydney have one of the worst defences in the A-League with only Melbourne Victory conceding more goals this season. Carl Robinson’s men head into Sunday’s clash with eight goals conceded in their last three matches.

Brisbane Roar will travel to Bankwest Stadium brimming with confidence having beaten Melbourne City 3-0 last time out in the A-League. Jay O’Shea scored a brace while Alex Parsons was also on target as they showed their quality against the newly crowned Premiers.

It was the second straight A-League win for Brisbane and it all but confirmed their place in the final series playoff. Warren Moon’s men are fourth on the table, five points clear of seventh place Perth Glory with two home matches left in their final three fixtures.

Western Sydney also have a fine record on their recent travels with four wins from their last six away matches. They triumphed 2-1 against Newcastle Jets in their last outing on the road with Jay O’Shea once again on target with the winning goal.

The bookies are expecting a close contest on Sunday with Western Sydney Wanderers priced at 31/20 to win by Unibet while a Brisbane Roar Victory is valued at 17/10 with BetVictor. A draw is set at odds of 5/2 by bet365.

While Western Sydney are likely to find the net on Sunday, Brisbane Roar have momentum right now and should claim the win.

Brisbane Roar have a 12-11 advantage with eight draws from 31 previous matches against Western Sydney Wanderers. Brisbane have also won three of the last four meetings, including a 2-1 victory on their last visit to Bankwest Stadium.

Bruce Kamau will be the one to watch for Western Sydney Wanderers as he looks to add to his eight A-League goals. The striker has found the net three times in his last five matches and is priced at 4/1 by Unibet to score anytime.

Jay O’Shea has been the man in form for Brisbane Roar in recent weeks, scoring three goals in his last two matches. Unibet has the midfielder at 29/10 to score anytime.

Neither team has looked convincing at the back in recent weeks so goals should be expected in this one. Over 3.5 goals is priced at 7/4 by bet365, over 2.5 goals is valued at 5/7 by Red Zone while Sport Nation is offering 7/12 on both teams to score.

Brisbane Roar could be backed to score first at 21/20 with bet365 while both teams are likely to score in the second half at 30/17 with SBK.