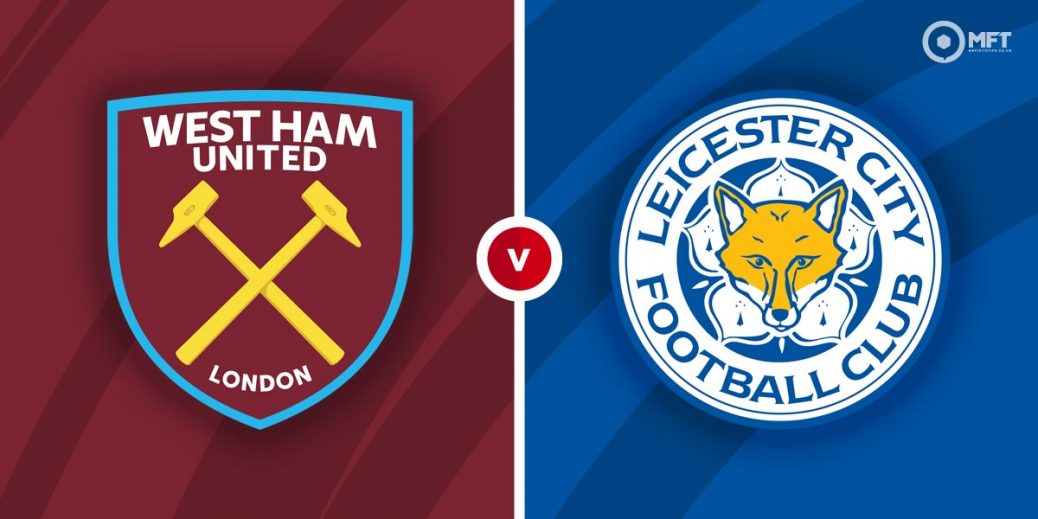 TWO of the English Premier League's overachievers clash in this fascinating battle in London on Sunday as West Ham and Leicester City both look to cement a surprise Champions League spot.

Both former champions Leicester and usual-perennial strugglers West Ham are enjoying an outstanding season and the job David Moyes has done in particular has been incredible.

Leicester go into the clash four points ahead of the Irons with eight games left to play and this could be a season-defining result for both teams.

West Ham have been the great entertainers in their recent games with a 3-3 draw against Arsenal and a 3-2 win against Wolves, while Leicester saw a three-game winning streak ended by a fairly tame 2-0 home loss to champions-elect Manchester City at home.

What makes this clash particularly intriguing is the fact that West Ham boast the second-best home record in the league, while Leicester have the second-best away record.

But something will have to give on Sunday at the London Stadium.

Leicester are perhaps slightly surprising favourites given how few teams come away with anything these days from the east end of London. They are 7/5 with Tonybet. A home win can be backed at 21/10 with Unibet and the draw is 27/11 with SBK.

West Ham stunned Leicester in October when they went to the King Power Stadium and romped to a 3-0 win thanks to goals from Michail Antonio, Pablo Fornals and Jarrod Bowen. However, you need to go back to 2014 and Upton Park days for West Ham's last home win over Leicester.

Jesse Lindgard's impressive recent form has shut up plenty of his critics and he's been excellent for the hosts. He's netted six goals in eight games for West Ham and is a tempting 14/5 with Unibet to score anytime.

Kelechi Iheanacho is arguably a bigger goal threat than Jamie Vardy these days for Leicester. He has scored nine in his last ten games, with Vardy on one goal in his last 17 appearances for the Foxes. So with Vardy as short as evens with bet365 to score anytime, Iheanacho surely looks better value at 21/10 with SBK.

Leicester have only lost once away in the league all season and that was at Liverpool, but West Ham have only tasted defeat once at home since the start of December and seem to have a real surge of momentum going into this game. On value alone, they look the call.