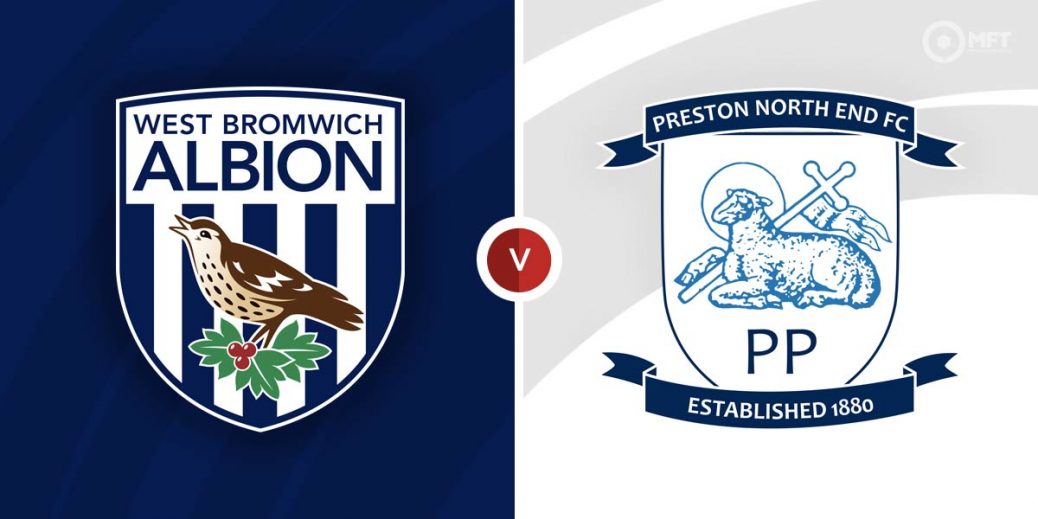 West Bromwich Albion will be keen to rekindle their quest for automatic promotion as they host Preston North End in an English Championship fixture on Wednesday. Preston have looked out of sorts lately and should find things difficult at the Hawthorns.

West Bromwich Albion are coming off a 3-0 victory over Peterborough United in their previous Championship fixture. Following a goalless first half, they came to life after the break with Cedric Kipre, Karlan Grant and Grady Diangana getting the goals.

That was a much-needed result for West Brom as it ended a run of four matches without a win. It also rekindled their promotion quest as they sit fifth on the table, five points behind Bournemouth in second place.

Despite all their recent problems, Valerien Ismael’s men have remained unbeaten at home this season. They have won two of their last three matches at the Hawthorns and have also kept clean sheets in three of their last four fixtures in front of their fans.

It has not been the best campaign for Preston North End, who are currently in the bottom half of the table. While there is no present danger of being dragged into the relegation scrap, they will be keen to make a push for the top 10.

Things do not appear to be looking up for Preston North End, who travel to West Brom winless in their last three league matches. Ryan Lowe’s men suffered a 1-0 defeat at Swansea City in their previous Championship fixture.

Preston North End have found things difficult on their recent travels with five defeats from their last eight away matches in the league. They have also failed to score on two of their last three Championship fixtures on the road.

West Bromwich Albion have the upper hand among the bookies and are priced at 4/6 with Unibet to claim the win. An unlikely victory for Preston North End is valued at 5/1 with Coral while Betfred is offering odds of 3/1 for a draw.

Both teams played out a 1-1 draw in the reverse fixture back in September, a result that ended a run of four straight wins for West Brom. The Baggies have also won the last two meetings at the Hawthorns.

Karlan Grant has now scored 10 Championship goals for West Brom this season and will be the one to watch on Wednesday. The striker was also on target last time out against Peterborough United and is priced at 7/4 by bet365 to find the net.

West Brom have also shown some quality at the other end of the pitch with clean sheets in three of their last four home matches. Kyle Bartley and Cedric Kipre should continue at the back and can lead the Baggies to another clean sheet at 6/5 with Paddy Power.

West Brom won to nil in their previous fixture and could be set for a repeat at 17/10 with Unibet. Given Preston North End’s attacking problems, the Baggies could also be tipped as the only team to score at 6/4 with William Hill.

Given the 3-0 victory in their previous fixture, a -1 handicap could also be considered at 19/10 with Unibet.