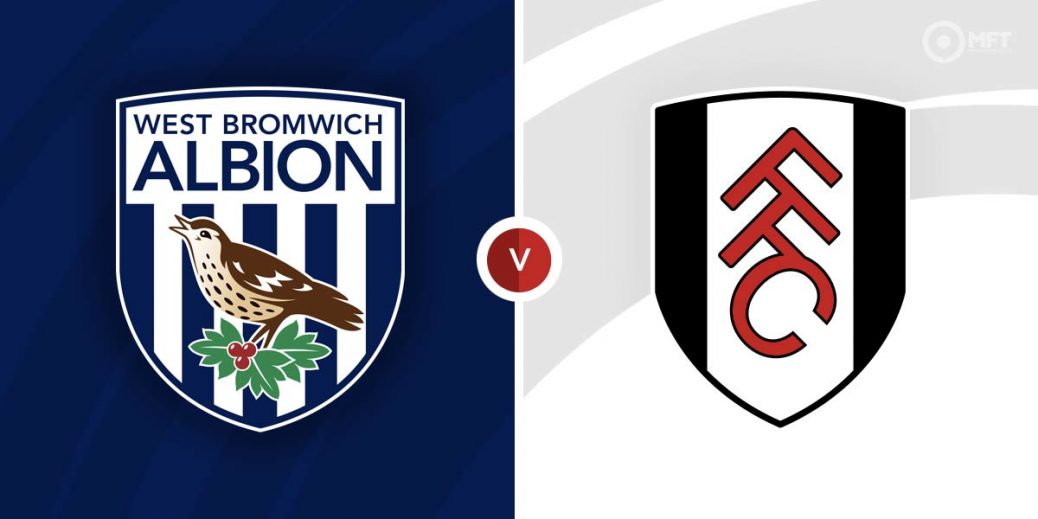 After being surprisingly held at Barnsley, leaders Fulham travel to West Bromwich Albion for a midweek Championship fixture looking to consolidate their lead at the top.

West Bromwich Albion go in search of a second win under manager Steve Bruce as their playoff hopes continue to appear bleak. Sitting seven points off the top six, they need a win on Tuesday to stay in the picture ahead of the run-in.

The Baggies were held to a 2-2 draw by Huddersfield Town in their previous Championship fixture. They were made to fight back from two goals down with efforts from Karlan Grant and Andy Carroll earning them a share of the spoils.

While Steve Bruce will be disappointed not to have claimed the win, West Brom’s character to come from behind is likely to be pleasing to the manager. Another positive will be Andy Carroll finally ending his long wait for a goal in a Baggies shirt.

Fulham surprisingly dropped points in their previous Championship fixture as they were held to a 1-1 draw at Barnsley. They were also made to come from behind with Harry Wilson’s effort four minutes from time earning them a point.

Sitting 12 points clear at the top of the table, Fulham will consider that result a slight blip on their way to the title and will be confident of making a quick return to winning ways. They are unbeaten in their last five Championship matches, claiming four wins prior to the draw at Barnsley.

Fulham are generally solid on their travels and are unbeaten in their last 11 away matches in the Championship. Marco Silva’s men have claimed eight wins in that run, including a 5-1 triumph at Swansea prior to Saturday’s clash at Barnsley.

Swansea have the advantage among the bookies and are priced at 23/20 by Coral to claim the win. SBK is offering 27/10 for a West Brom victory while a draw is set at odds of 13/5 by Betfred.

Fulham have the upper hand in recent meetings with West Bromwich Albion and are unbeaten in the last 12 matches. They have won two of the last three meetings and won 3-0 in the reverse fixture with Aleksandar Mitrovic netting a hat-trick.

While Carroll’s return to goalscoring form is a positive for West Brom, Karlan Grant will still be the one to watch on Tuesday. The striker has three goals in his last two matches and is priced at 49/20 by Unibet to once again get on the score sheet.

Aleksandar Mitrovic failed to find the net last time out at Barnsley but remains the biggest attacking threat for Fulham as he looks to add to his 35 Championship goals. The Serbian striker netted a hat-trick in the reverse fixture and is priced at evens by SBK to find the net on Tuesday.

There have been very few matches where Fulham have failed to find the net this season and given the recent form of West Brom’s Karlan Grant, both teams could be backed to score at 13/16 with SBK. The last meeting at the Hawthorns produced over 3.5 goals which is priced at 13/5 by BetVictor.

Fulham have scored in both halves in their last two matches with West Brom and could be set for a repeat at 11/5 by BoyleSports.

This English Championship match between West Bromwich Albion and Fulham will be played on Mar 15, 2022 and kick off at 20:00. Check below for our tipsters best West Bromwich Albion vs Fulham prediction. You may also visit our dedicated betting previews section for the most up to date previews.