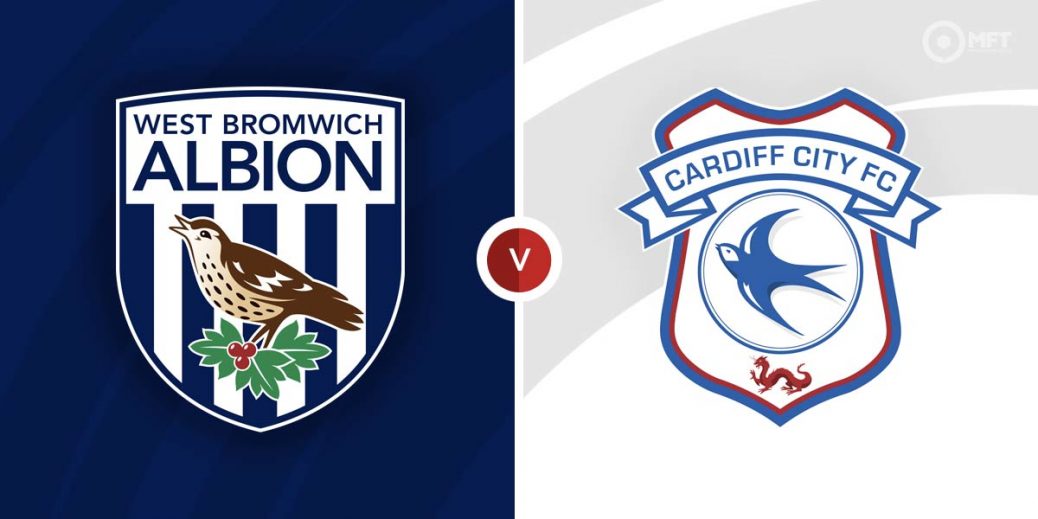 West Bromwich Albion host Cardiff City in an English Championship fixture on Sunday with both teams looking to make a positive start to the new year. West Brom will fancy their chances at home against Cardiff, who have struggled this season.

West Bromwich Albion did not have the best end to 2021 and head into Sunday’s clash winless in their last two matches. First, they were held to a 0-0 draw at Barnsley before suffering a 1-0 defeat to bottom team Derby County in their previous fixture.

The task for West Brom heading into the new year will be to recapture the early season form that put them in the mix for automatic promotion. They are currently fourth on the table and need a swift turnaround in results with the likes of Middlesbrough and Huddersfield Town closing down on them.

The good news for West Brom is their last two matches have been on the road and are set to return to the comfort of the Hawthorns. Valerien Ismael’s men are currently on a nine-match unbeaten run at home, wining five of the last seven.

It was a disappointing first half of the season for Cardiff City as they spent much of it in the bottom half of the table. They remain dangerously close to the relegation zone with just three points separating them from Peterborough United in 18th place.

Like West Brom, Cardiff City also ended 2021 with a whimper as they claimed just one from their last five matches. Steve Morison’s men are winless in their last three Championship matches and were beaten 3-0 by Bournemouth on Thursday.

Cardiff City’s problems could be attributed to a vulnerable backline that has kept just one clean sheet all season. The Welsh side have also conceded eight goals in their last three Championship matches.

The bookies have West Bromwich Albion as overwhelming favourites with a home win priced at 7/12 by SBK. An unlikely victory for Cardiff City is valued at 28/5 by SBK while Quinnbet is offering odds of 16/5 for a draw.

West Brom have a 16-14 advantage with 11 draws from 41 previous matches against Cardiff City. The Baggies also claimed a 4-0 victory in the reverse fixture back in September with Karlan Grant netting the first goal.

The defence has been one of the positives for West Brom in recent weeks having kept clean sheets in five of their last six matches. They also kept a clean sheet in the reverse fixture and with Kyle Bartley and Cedric Kipre expected to continue at the back, a repeat could be on the cards at 21/20 with BoyleSports.

At the other end of the pitch, Karlan Grant often carries the attacking threat for West Brom and will be the one to watch. The striker is the top scorer for the Baggies with nine goals and is priced at 31/20 by Unibet to get on the score sheet.

West Brom have shown their defensive quality at home in recent weeks and claimed a 4-0 victory on the reverse fixture against Cardiff City. A win to nil could be on the cards at 6/4 with bet365 while a -1 handicap could also be considered at 17/10 with William Hill.

The Baggies could also be tipped as the only team to score at 11/8 with William Hill while their defensive record means BTTS NO could also be considered at 4/5 with BetVictor.