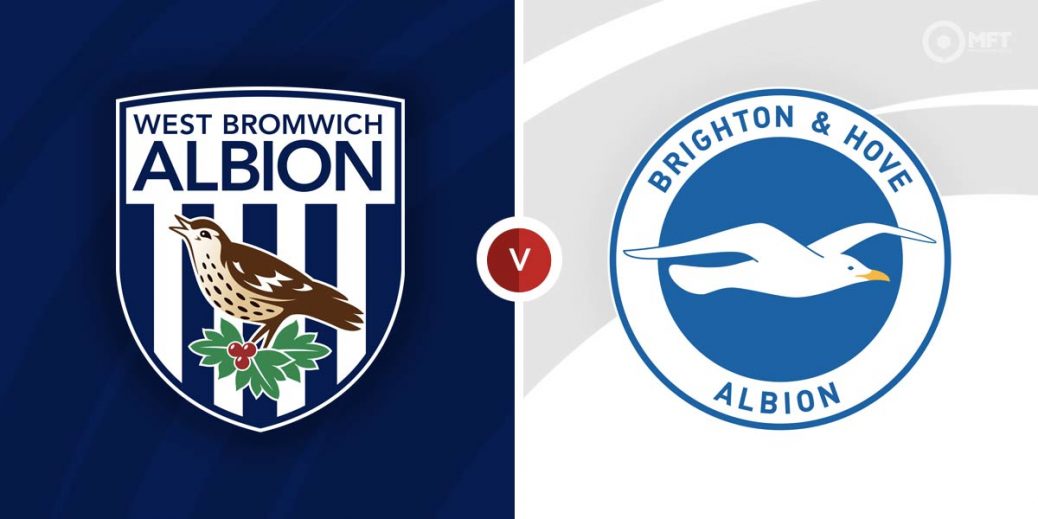 Brighton & Hove Albion travel to West Bromwich Albion for an FA Cup third round clash on Saturday. West Brom have looked out of sorts lately and should find things difficult against Brighton, who have shown their quality in recent weeks.

It has been a difficult time for West Brom, who have struggled to find their best form in recent weeks. Valerien Ismael’s men are slipping further away from the automatic promotion places in the Championship.

West Brom head into Saturday’s clash winless in their last three Championship matches and were held to a 1-1 draw by Cardiff City in their previous fixture. However, they have maintained a solid record at the Hawthorns and are unbeaten in their last 10 home matches.

One of the problems for West Brom in recent weeks is a lack of cutting edge in attack where they have failed to score in two of their last three matches. That problem has come on the heels of a dip in form from top scorer Karlan Grant, who has found the net just once in his last eight matches.

Brighton’s recent form has been in stark contrast to West Brom’s as they are playing with loads of confidence at the moment. They have claimed two wins and a draw form their last three matches and are in the top half of the Premier League.

Graham Potter’s men travel to West Brom off the back of a 3-2 Premier League victory over Everton. Alexis Mac Allister netted a brace, with an effort from Dan Burn sandwiched between both strikes.

It is also worth noting that Brighton have impressed on their recent travels and are unbeaten in their last four away matches. However, they have been plagued by too many draws on the road having been held three times in that run.

Brighton have the edge among the bookies at 13/10 with Coral while a victory for West Brom is priced at 9/4 by bet365. MansionBet is offering odds of 13/5 for a draw.

West Brom have a 5-2 advantage with eight draws from 15 previous matches against Brighton. The Baggies claimed a 1-0 Premier League victory in the most recent meeting last February, although the previous two fixtures ended in draws.

West Brom may be struggling for goals at the moment but are also finding ways to keep things tight at the back with two clean sheets in their last three home matches. Kyle Bartley and Cedric Kipre should continue in central defence and will be targeting another clean sheet at 3/1 with Skybet.

Brighton have also shown some of their defensive quality in recent weeks and will take some confidence from their performance against Chelsea. Dan Burn and Shane Duffy should feature at the back and given West Brom’s problems in attack, will be keen for a clean sheet at 2/1 with Coral.

The last three matches between West Brom and Brighton have produced under 2.5 goals and a similar outcome is priced at 17/20 with Unibet. Few goals are expected in Saturday’s clash which means BTTS NO could also be considered at 6/5 BetVictor.

West Brom have been held at the break in three of their last four matches, so a halftime draw could be on the cards at 6/5 with Sport Nation.