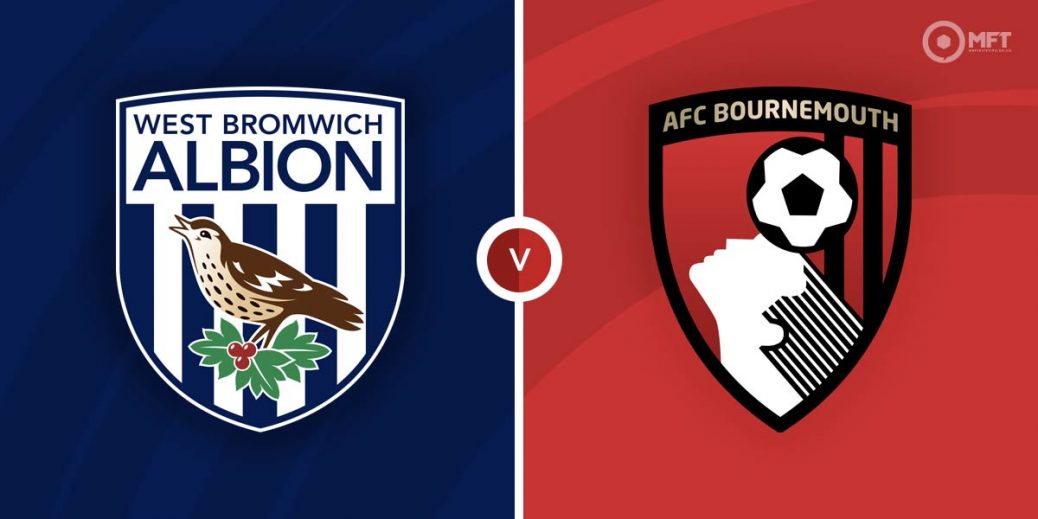 West Bromwich Albion are looking to maintain their push for a top 10 finish as they host Bournemouth in a midweek Championship fixture. The Baggies remain one of the most erratic teams in the league and should struggle against Bournemouth, who appear rejuvenated at the moment.

West Bromwich Albion have finally gotten a win under manager Steve Bruce but continue to be plagued with inconsistency. They have claimed just two wins from their last 10 Championship matches and remain in the bottom half of the table.

The Baggies head into Wednesday’s clash off the back of a 1-0 defeat at Birmingham City in their previous Championship fixture. It was yet another disappointing performance as they failed to register a single attempt on target.

Things are just as bad for West Brom at the Hawthorns, where they have claimed just one win in their last five Championship. However, that victory was a 1-0 triumph over leaders Fulham in their previous home fixture and they will be looking for a similar performance.

Bournemouth have looked a lot better in recent weeks and travel to West Brom with six wins from their last nine matches. Given the eight-point difference, they face an uphill task in their bid to catch Championship leaders Fulham but remain well on course for automatic promotion.

The Cherries earned a 3-2 victory over Bristol City in their previous Championship fixture. They fought back from a goal down with efforts from Dominic Solanke, Lewis Cook and Siriki Dembele getting them the win.

Bournemouth are just as impressive on their travels and have won three of their last four away matches. They triumphed 3-0 over fellow promotion chasers Huddersfield Town in their previous Championship fixture on the road.

West Brom have the upper hand among the bookies with a home win priced at 19/12 by SBK. A victory for Bournemouth is valued at 9/5 with Coral while Betfred is offering odds of 23/10 for a draw.

Bournemouth are currently on a three-match unbeaten run against West Brom, although the last two meetings have ended in draws. Both teams battled to a 2-2 scoreline in the reverse fixture back in August.

Karlan Grant continues to carry the attacking threat for West Brom and will be looking to add to his 14 Championship goals. The striker has found the net four times in his last five matches and is priced at 43/20 by Unibet to maintain his scoring form.

Dominic Solanke’s effort last time out against Bristol City took his tally for Bournemouth to 24 Championship goals. The striker has also been on target in his last four matches and is priced at 7/4 by Unibet to get on the score sheet on Wednesday.

The reverse fixture produced over 3.5 goals and with both teams boasting plenty of attacking quality, a similar outcome could be on the cards at 14/5 by Unibet. Over 2.5 goals could also be considered at evens with SBK.

Bournemouth have opened the scoring in three of their last four away matches and could be tipped to score first on Wednesday at 11/10 with Coral.