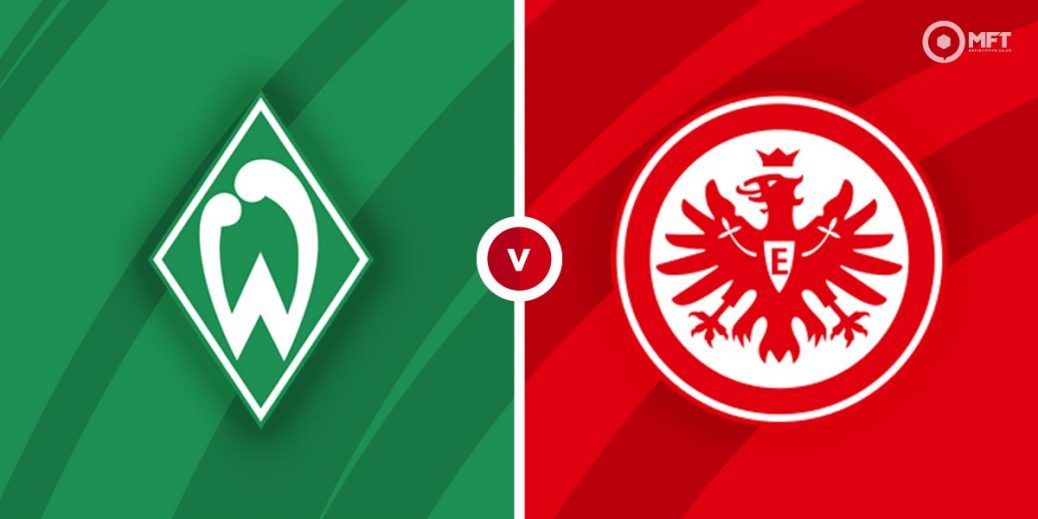 Fresh from their impressive victory over Bayern Munich, Frankfurt continue their quest for European football with a Friday night trip to the Weser Stadium to face Werder Bremen. Frankfurt have been in good form and should have the edge over an inconsistent Bremen side.

Frankfurt put in a great performance in their previous Bundesliga outing as they claimed a 2-1 victory over champions Bayern Munich. They took a two-goal lead through Daichi Kamala and Amin Younis before Bayern pulled one back in the second half.

Adi Hutter's men have been in superb form lately with the win over Bayern, their fifth consecutive topflight victory. They have been flying up the table in recent weeks and are now fourth on the standings, five points off second place Leipzig.

Frankfurt have a potent attacking line and often score lots of goals. They have also won their last two away matches beating Arminia Bielefeld 5-1 and claiming a 3-1 victory over Hoffenheim.

Werder Bremen were disappointing last time out in the Bundesliga as they suffered a 4-0 defeat at Hoffenheim. It was a poor performance from Bremen as they only managed a single attempt on target throughout the match.

Florian Kohfeldt's men have been inconsistent this season having claimed just three wins in their last nine matches across all competitions. Their home form has also left a lot to be desired with just a single win in their last eight matches at the Weser Stadium.

Frankfurt’s recent resurgence means they are favourites in this one with SBK offering 16/19 for an away win. Despite playing at home, Frankfurt are outsiders at 10/3 with betfair while bet365 values a draw at 3/1.

With Bremen not particularly convincing at home, I am tempted to back Frankfurt to pick up the win on Friday.

There have been 101 previous matches between Werder Bremen and Eintracht Frankfurt. Bremen have 42 wins while Frankfurt have been victorious 36 times with both teams battling to 23 draws.

The reverse fixture ended 1-1 but Frankfurt have claimed the upper hand in recent matches having gone unbeaten in the last five meetings. Frankfurt claimed a 3-0 victory on their last visit to the Weser Stadium.

With top scorer Andre Silva still battling with a back injury, Luka Jovic will be the one to watch for Frankfurt. The striker has found the net three times since his return from Real Madrid and is backed at 13/10 by Unibet to score anytime.

Midfielder Daichi Kamada's effort against Bayern Munich has placed him at 49/20 with Unibet in the anytime goalscorer market. Unibet also have Bremen’s Max Eggestein at odds of 27/5 in the same market.

Luka Jovic can also be backed to score the first goal at 9/2 with Betfred, who also value Daichi Kamada at 15/2 in the same market.

Frankfurt’s superb attack means goals are always a good bet in their matches. Over 2.5 is goals is priced at 7/10 with BetVictor while Sporting Index values over 3.5 goals at 91/50.

Friday’s visitors have scored three or more goals in their last two away matches and could be worth a punt at Skybet’s 5/2 to repeat the feat on Friday.