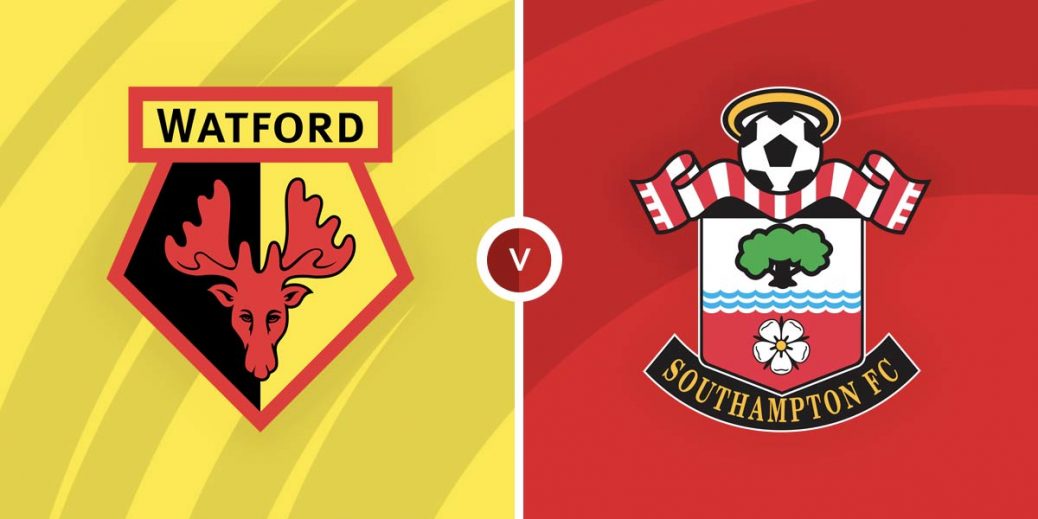 Fresh from their impressive showing at Everton, Watford go in search a second straight win when they host Southampton in an English Premier League fixture at Vicarage Road. Separated by just two points, both teams have battled defensive problems all season and look set to serve up an open contest.

Watford finally got the Claudio Ranieri era up and running with an impressive come from behind victory over Everton last time out in the EPL. Joshua King netted a brilliant hat-trick while Emmanuel Dennis and Juraj Kucka were also on target as they won 5-2 at Goodison Park.

It was good way to bounce back from a 5-0 home defeat to Liverpool in Ranieri's first match in charge. They are currently 14th on the table, four points off the top 10 and will be looking to use that result as a springboard to climb up the table.

A major boost for Watford is Joshua King, who appears to have found his touch in front of goal and can relieve some of the scoring burden on Ismaila Sarr. However, they will need to tighten things up at the back having kept just one clean sheet this season and conceded seven goals in their last two matches.

Southampton are currently two points below Watford as they sit 16th on the table. The campaign has not gone according to plan for the Saints, who have claimed just one win from their nine matches this season.

Ralph Hassenhuttl’s men were held to a 2-2 home draw by Burnley last time out in the Premier League with Tino Livramento and Armando Broja getting their goals. They followed that up with a 1-1 regulation time draw with Chelsea in the Carabao Cup before going on to lose on penalties.

Like Watford, Southampton often struggle to keep things tight at the back, especially on the road. They have kept just one clean sheet from four away matches in the Premier League this season, conceding eight goals in that run.

Southampton have the edge among the bookies at 11/8 with SBK, while Vbet is offering 9/4 for a Watford victory. A draw is set at odds of 5/2 with SBK.

Southampton have a 13-11 advantage with 10 draws from 34 previous matches against Watford. The Saints did the double over the Hornets during the 2019/20 season with the clash at Vicarage Road ending 3-1.

Following his hat-trick against Everton, Joshua King will be the one to watch for Watford and could be tipped at 13/5 by Sporting Index to score anytime. Ismaila Sarr is the top scorer for the Hornets with four goals and could be worth a punt in the same market at 13/5 with Paddy Power.

Armando Broja is the man in form for Southampton having found the net in his last two Premier League matches. Sporting Index has the Albanian striker at 43/20 to continue his scoring run on Saturday.

Watford and Southampton often struggle defensively and both teams could be backed to score at 14/19 with SBK. The Saints saw over 3.5 goals in their last Premier League fixture and a similar outcome is priced at 12/5 with BetVictor while over 2.5 goals is valued at 10/11 with bet365.

There were more goals after the break in Watford’s win over Everton, so the second half could be tipped as the highest scoring half at 11/10 with Paddy Power.

This English Premier League match between Watford and Southampton will be played on Oct 30, 2021 and kick off at 15:00. Check below for our tipsters best Watford vs Southampton prediction. You may also visit our dedicated betting previews section for the most up to date previews.