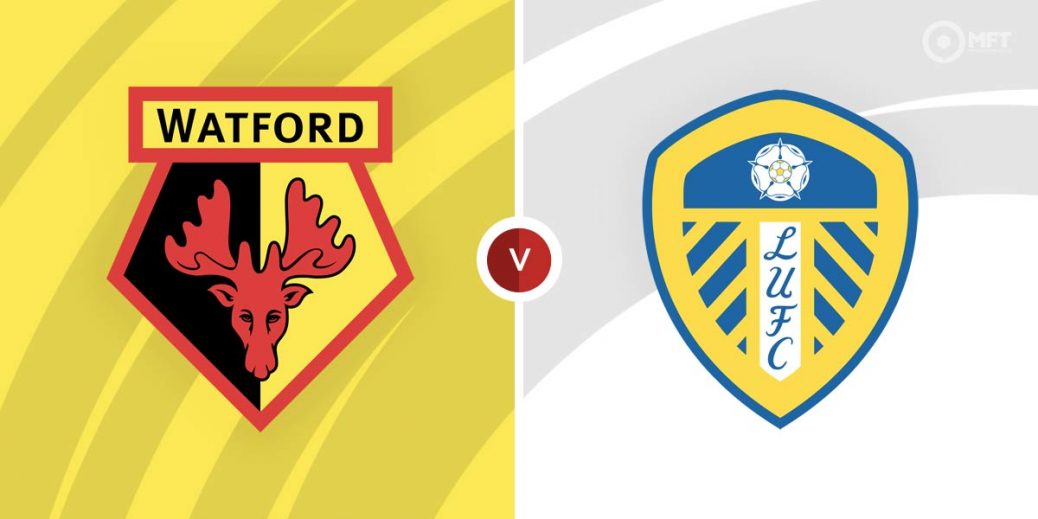 Watford are in need of a win to boost their survival hopes as they welcome Leeds United for a Premier League fixture on Saturday. Both clubs are still in a fight to retain their topflight status and a result is vital for either side.

Watford are slowly running out of games and need a swift upturn in results to boost their survival chances. They remain second from bottom, three points from safety and have claimed just one win in their last six matches.

The Hornets head into Saturday’s clash off the back of a 2-0 defeat to Liverpool in their previous Premier League fixture. They showed good fight to trouble the Reds but were ultimately punished for their lack of cutting edge in attack.

Having struggled at home this season, Watford’s survival chances could be dependent on how quickly they can improve their record at Vicarage Road. Roy Hodgson’s men have lost their last eight matches in front of their fans and were beaten 3-2 by Arsenal in their previous home fixture.

Leeds United appear to be feeling the new manager bounce with Jesse Marsch seemingly working his magic at Elland Road. They have claimed two wins and a draw from their last three matches and are now six points above the relegation zone.

One problem that still needs to be solved is their vulnerability at the back as Leeds United have failed to keep a clean sheet in their last 17 Premier League matches. That vulnerability came to the fore once again in their 1-1 draw with Southampton last time out as they failed to hold on to a first half opener from Jack Harrison.

Defensive problems aside, Leeds will still travel to Vicarage Road with plenty of confidence. They claimed a 3-2 victory at Wolverhampton Wanderers in their previous Premier League fixture on the road.

Leeds United have the edge among the bookies and are priced ah 48/29 by SBK to claim the win. A victory for Watford is valued at 17/10 by bet365, while SBK is also offering odds of 13/5 for a draw.

Leeds United have an 8-7 edge with five draws from 20 previous matches with Watford. They also claimed a 1-0 victory in the reverse fixture back in October with Diego Llorente getting the goal.

Cucho Hernandez had impressed for Watford in recent weeks, scoring three goals in his last four Premier League matches. Unibet has the attacker at odds of 49/20 to score anytime on Saturday.

Jack Harrison and Rodrigo appear to be enjoying their time under the new manager with both men scoring two goals each in their last three matches. SBK is offering 23/5 on Harrison to get on the score sheet while Unibet has Rodrigo at 27/10 in the same market.

Watford and Leeds United have quality in attack and given their vulnerabilities at the back, both teams could be tipped to score at 4/6 with SBK. Over 2.5 goals could also be considered at 4/5 with 10bet while over 3.5 goals is valued at 39/19 with Sport Nation.

Leeds United have opened the scoring in two of their last three matches and could be tipped to score first on Saturday at evens with Paddy Power.

This English Premier League match between Watford and Leeds United will be played on Apr 9, 2022 and kick off at 15:00. Check below for our tipsters best Watford vs Leeds United prediction. You may also visit our dedicated betting previews section for the most up to date previews.