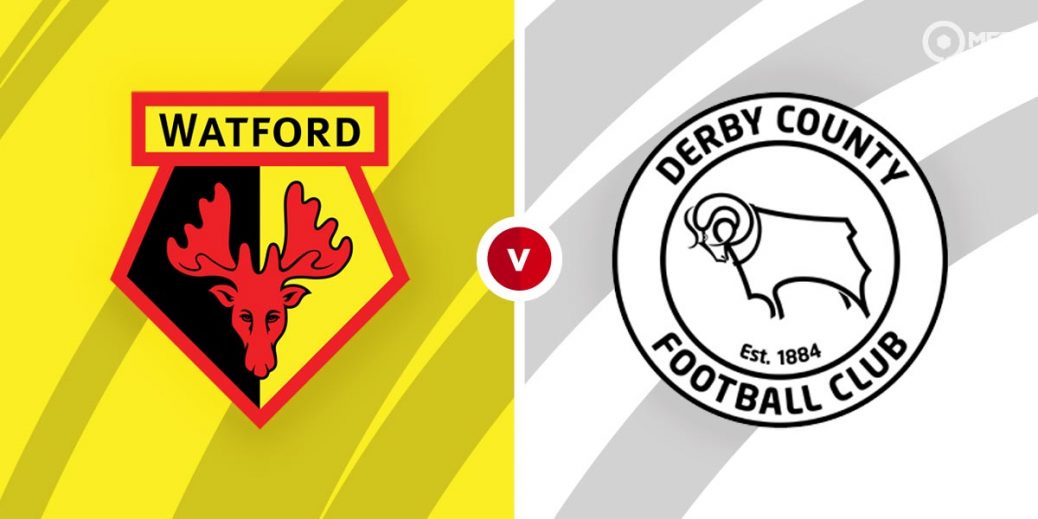 WATFORD and Derby County both need the points in tonight's English Championship clash for different reasons, with the Hornets aiming to get into the automatic promotion places and County trying to avoid being dragged into a relegation dogfight.
It's a fascinating encounter between the hosts who are usually reliable at Vicarage Road and the rejuvenated Rams under Wayne Rooney.
Both sides come into this on the back of a pair of hard-fought win and both seem to be heading in the right direction, but something's got to give on Friday.
Considering Derby sat bottom at the opening stages of the season with only six points from 13 games, they've down remarkably well to fight back and by midweek, were the form side of the division, having won five out of their last six league games.
But it's a tough ask to go to Watford and keep that run up and Xisco Munoz's men will surely be right up there at the end of the season.

Watford are firm favourites and are at various stages of odds-on with 10/11 with Hill's and Betfred the most profitable. Derby County are 18/5 with Tonybet to pull off what would be viewed as a shock and the draw is 12/5 with Skybet.

Watford grabbed a 1-0 win at Pride Park in October thanks to a Joao Pedro goal, but Derby have actually won on their last two visits to Hertfordshire.

Troy Deeney is out for a ‘short period of time' to allow him to recover from injuries, but Watford don't seem to have missed him and trounced Bristol City 6-0 in their last home game. Ismaila Sarra grabbed a double then and is on a respectable eight goals for the season. The Senegalese striker is 11/4 with Unibet to score anytime.
One-time Celtic flop Colin Kazim-Richards has had a new lease of life under Rooney after a spell in Brazil. He's scored three in his last five games and is interesting at 4/1 with Paddy Power to score anytime.

Neither side are prolific scores – that 6-0 win for Watford apart. In fact, Derby are the joint lowest scorers in the league. Watford have 72 per cent and Derby have 79 per cent of their games ending in under 2.5 goals. However, bookies are wise to this and the general 8/15 price reflects that.
Watford were joint top for bookings going into the midweek fixtures with 54 yellow cards and Derby were narrowly behind at 51 having played a game less.
Former Aberdeen battler Graeme Shinnie loves a tackle and has eight yellow cards already this season, along with the hosts' Nathaniel Chalobah. Shinnie is 3/1 with Hill's
Watford should have enough quality to edge this in what could be a low-scoring affair. If odds-on is too skinny, a home win and under 3.5 goals with Betway is 11/8.

This English Championship match between Watford and Derby County will be played on Feb 19, 2021 and kick off at 19:45. Check below for our tipsters best Watford vs Derby County prediction. You may also visit our dedicated betting previews section for the most up to date previews.