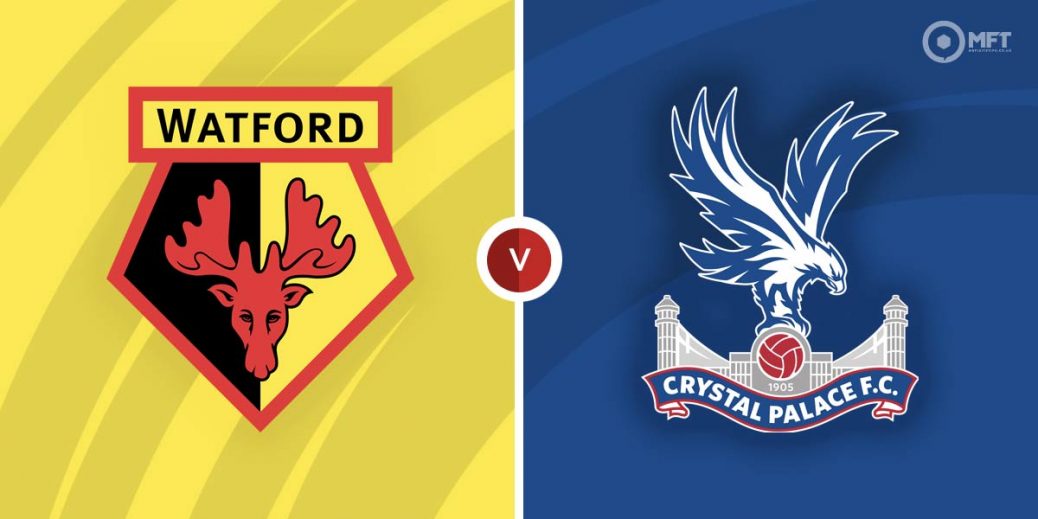 After ending a lengthy winless run, Watford will be looking to make it successive Premier League victories as they host Crystal Palace on Wednesday. Palace have also found things difficult lately but have the quality to hold out for a point at Vicarage Road.

Watford returned to winning ways last time out with a 1-0 victory at Aston Villa in their previous Premier League fixture. Top scorer Emmanuel Dennis was once again the difference, scoring the only goal midway through the second half.

That was the first three points for Watford under manager Roy Hodgson and it ended a run of 12 matches without a win. It also edged the Hornets closer to safety as they now sit four points off 17th place Newcastle United.

One area that needs work for Watford is their home form as they have lost their last six matches at Vicarage Road. Their last win on home soil was a 4-1 triumph over Manchester United back in November and they will be looking to produce a similar performance on Wednesday.

Crystal Palace have had similar problems as Watford and head into Wednesday’s clash with just one win from their last nine Premier League matches. They are not as close to the relegation zone as the hosts but still need a turnaround in fortunes in a bid to push for a top half finish.

The Eagles suffered a 1-0 home defeat to Chelsea in their previous Premier League fixture. Despite failing to register an attempt on target, they put up a dugged display and looked set to earn a draw before conceding the winner one minute from time.

Draws have been a major problem for Crystal Palace in recent weeks as they have been held in their last three away matches. The last fixture on the road for Patrick Vieira’s men was a 0-0 draw at Brentford.

Crystal Palace have the edge among the bookies at 13/10 with Coral while a victory for Watford is valued at 12/5 by 10bet. A draw is set at odds of 12/5 by Betfred.

Crystal Palace have a 20-16 advantage with 11 draws from 47 previous matches with Watford. However, the Hornets claimed a 1-0 victory when both teams met in a League Cup clash back in August.

Emmanuel Dennis ended a lengthy goal drought with his effort at Aston Villa and will be keen to go on a scoring run. The forward now has nine Premier League goals this season and is priced at 9/5 by Vbet to find the net on Tuesday.

Wilfried Zaha often carries the attacking threat for Crystal Palace and will be the one to watch on Tuesday. The forward will be looking to add to his six Premier League goals and is valued at 2/1 with Vbet to get on the score sheet on Tuesday.

Defending remains a problem for Watford and Crystal Palace and both teams could be backed to score at 13/15 with SBK. Both teams often take a while to find their rhythm, so the second half can be tipped as the highest scoring half at 28/25 with Sporting Index.

It was a halftime draw in the League Cup clash earlier in the season and a repeat could be on the cards at 11/10 with bet365.

This English Premier League match between Watford and Crystal Palace will be played on Feb 23, 2022 and kick off at 19:30. Check below for our tipsters best Watford vs Crystal Palace prediction. You may also visit our dedicated betting previews section for the most up to date previews.