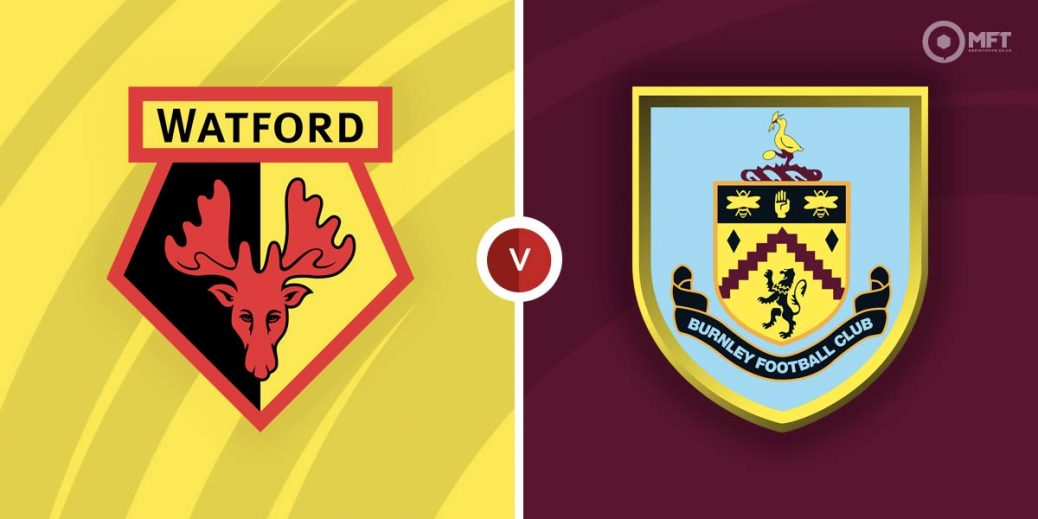 Burnley’s push for Premier league survival continues on Saturday as they travel to Watford for relegation six pointer. The Hornets are also in desperate need of a win but Burnley have looked a different side lately and should have the edge at Vicarage Road.

Sitting nine points from safety with five matches left to play, Watford need to win all their remaining matches to stand any realistic chance of staying in the Premier League. They have a potentially manageable run-in on paper with Chelsea on the final weekend the only big side left to play.

However, the problem is Watford’s recent form has provided little room for hope as they have lost their last four matches. Among those defeats is a 5-1 hammering at Manchester City in their previous Premier League fixture.

There has also been little home comfort for Watford as they are yet to win at Vicarage Road since the turn of the year. That run means they have lost 10 straight home matches and were beaten 2-1 by Brentford in their last fixture in front of their fans.

Burnley have picked up their form and have suffered just one defeat in their last five Premier League matches. Interim manager Mike Jackson is unbeaten in the three matches since Sean Dyche’s dismissal.

The Clarets’ recent renaissance continued with a hard-fought 1-0 win at Wolves last time out. Matej Vydra scored the only goal midway through the second half with the result enough to see them climb out of the bottom three.

Watford have the upper hand among the bookies with a home win priced at 8/5 by BoyleSports. A victory for Burnley is valued at 9/5 by SBK while a draw is set at odds of 12/5 by bet365.

Burnley are unbeaten in their last five meetings with Watford, claiming two wins and two draws in that run. Both teams battled to a 0-0 draw in the reverse fixture but the Clarets triumphed 3-0 on their last visit to Vicarage Road.

Watford’s attacking players have looked off colour lately which means Burnley will be targeting a shutout on Saturday. The likes of James Tarkowski and Nathan Collins have been involved as the Clarets kept clean sheets in their last two matches and a repeat is priced at 23/10 with Paddy Power.

At the other end of the pitch, Burnley are set to welcome back top scorer Maxwel Cornet, who missed the win over Wolves with a slight knock. The attacker has seven Premier League goals this season and is priced at 11/4 by Unibet to get on the score sheet on Saturday.

There were no goals in the reverse fixture and with Watford unconvincing in attack lately, BTTS NO can be considered 21/20 with 10bet. Burnley have won to nil in their last two matches and a repeat could be on the cards at 19/5 with BetVictor .

Burnley were the only team to score on their last visit to Vicarage Road and Saturday’s clash could be tipped to follow a similar pattern at 10/3 with bet365.

This English Premier League match between Watford and Burnley will be played on Apr 30, 2022 and kick off at 15:00. Check below for our tipsters best Watford vs Burnley prediction. You may also visit our dedicated betting previews section for the most up to date previews.