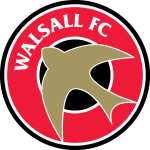 It is a battle for supremacy in one of the most open groups in the EFL Trophy as Walsall host Forest Green Rovers. Although they are still unbeaten in the competition, both teams have looked slightly off colour and are likely to cancel each other out.

The EFL Trophy is proving to be a good hunting ground for Walsall who are currently top of Group L. They are still unbeaten after two matches, claiming a 1-0 victory over Brighton U21 in their opening fixture before playing out a 1-1 draw with Northampton Town last time out.

Walsall have found things difficult in League Two this season and are currently 14 on the standings. However, they have shown some improvement in recent weeks and are unbeaten in their last seven matches across all competitions, including a 1-0 victory over Kings Lynn Town in the FA Cup first round on Saturday.

Despite their recent improvement, Matthew Taylor’s men have kept just one clean sheet in their last eight matches at Banks Stadium, conceding five goals in the last three.

Forest Green Rovers are the team to beat in League Two this season and are currently three points clear at the top of the standings. However, they did not have the best preparation for the trip to Walsall after suffering a 3-2 defeat to St Albans City in the FA Cup first round.

Sitting third in Group L of the EFL Trophy, Forest Green Rovers just need a win to book their place in the next round in the competition. However, they have drawn both their matches in the competition, including a 2-2 scoreline in their previous fixture.

Rob Edwards’ men travel to Walsall with two draws from their last three matches on the road across all competitions. They have also struggled defensively on their travels with five goals conceded in their last three away matches.

The bookies appear to be expecting a closely fought encounter with a win for Walsall priced at 11/7 by Vbet while BoyleSports is offering 7/4 for a Forest Green Rovers victory. A draw is set at odds of 40/17 by SBK.

Walsall have a 3-1 advantage with two draws from six previous matches against Forest Green Rovers. The only victory for Forest Green came in a League Two fixture in August which ended 3-1.

George Miller is the top scorer for Walsall in League Two with seven goals this season. The striker has also found the net three times in his last four matches and can ensure the hosts score on Wednesday at 32/100 with Vbet.

Jamille Matt and Matt Stevens often feature in attack for Forest Green Rovers and have scored seven League Two goals each this season. Both men can combine to ensure Rovers get on the score sheet at 32/100 with Vbet.

Walsall and Forest Green Rovers have quality in attack and produced over 3.5 goals in their last meeting. A similar outcome can be considered at 5/2 with Skybet while both teams can be tipped to score at 13/17 with Vbet.

There were more goals before the break in the previous meeting between both teams so the first half can be picked as the highest scoring half at 11/5 with Betfred.

This EFL Trophy match between Walsall and Forest Green Rovers will be played on Nov 10, 2021 and kick off at 19:00. Check below for our tipsters best Walsall vs Forest Green Rovers prediction. You may also visit our dedicated betting previews section for the most up to date previews.