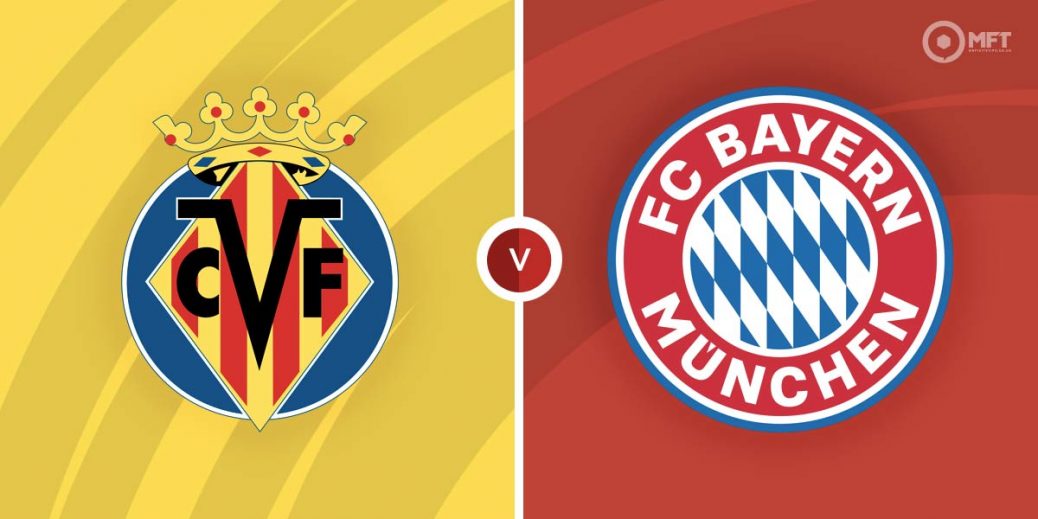 VILLARREAL stunned Champions League heavyweights Juventus in the last round, but they don't get much bigger than a quarter-final showdown against Bayern Munich on Wednesday.

The La Liga side travelled to Italy in the last round after a 1-1 draw at home and simply demolished Juve in Turin with a sensational shock 3-0 win.

Their progress in this competition is all the more remarkable when you consider their La Liga form. They are currently seventh and may not even win a place in European competition next season. They have slumped to two dismal defeats in a row at Cadiz and Levante.

Yet last season's Europa League winners have already eliminated highly-rated Atalanta from the group stages and seem to reserve their best displays for Europe.

Bayern Munich are of course sauntering to yet another Bundesliga title which would be ten-in-a-row after a weekend 4-1 win at Freiburg barring a Devon Loch collapse and they've looked very impressive in the Champions League too, where they are desperate to win what would be their second Champions League in three seasons.

They demolished Barcelona home and away and destroyed RB Salzburg 7-1 at home in the second leg of the Round of 16. They are generally third favourites to win the trophy in the overall betting behind Manchester City and Liverpool at around 7/2.

The hosts are a best priced 23/5 to win the first leg with Unibet. The Bavarians are odds-on favourites across the board at 4/7 with bet365. The draw is 10/3 with Unibet.

The clubs met ten years ago in this competition and Bayern Munich won home and away in what has been their only meeting.

Here's action from Villarreal's weekend defeat at Levante below.

Spanish international striker Gerard Moreno has averaged over a goal every other game during his time at Villarreal and he is 12/5 to score in the first leg in Spain.

A certain Robert Lewandowski should be on a high after predictably netting to help Poland on their way to Qatar in the play-off win against Sweden. He's just 4/7 with bet365 to score.

Villrreal have scored in eight out of nine games they have played in Europe this season, including the European Super Cup Final against Chelsea.

They are up against a Bayern defence who have managed to keep just one clean sheet in their last five Champions League matches and goals are usually guaranteed at both ends.

It points to a Bayern win with both teams to score at 2/1 with bet365.

And the 5/4 on offer at Coral for over 2.5 goals and a win for the Germans is begging to be backed too.

This UEFA Champions League match between Villarreal and Bayern Munich will be played on Apr 6, 2022 and kick off at 20:00. Check below for our tipsters best Villarreal vs Bayern Munich prediction. You may also visit our dedicated betting previews section for the most up to date previews.