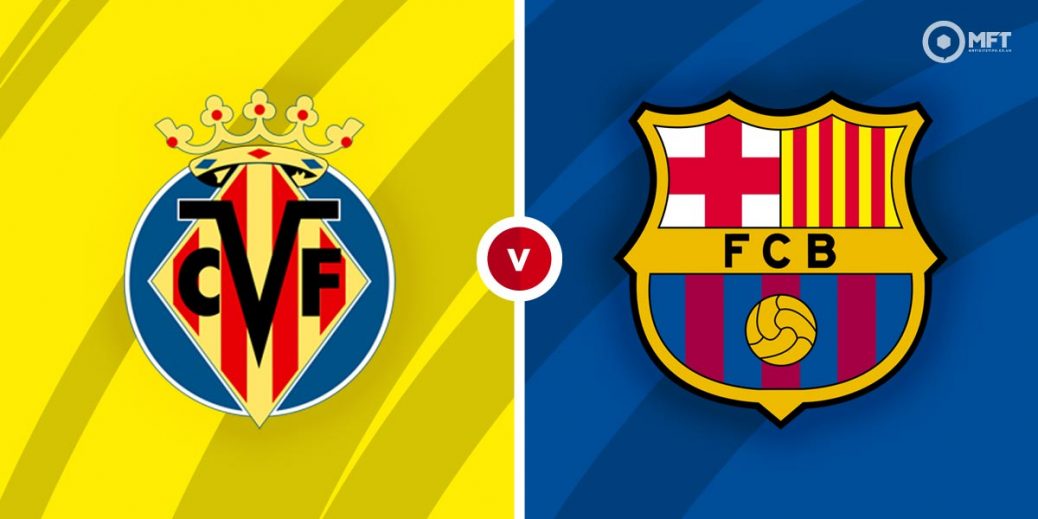 Barcelona travel to the Estadio de la Ceramica for a Spanish La Liga fixture against Villarreal as they look to continue their pursuit of the Madrid clubs. The Catalans remain one of the form teams in the Spanish topflight and with Lionel Messi playing well at the moment, should ease past their hosts.

Villarreal are coming off a 2-1 defeat to Deportivo Alaves in their previous La Liga fixture. After going behind early in the contest Paco Alcacer struck an equaliser after the restart but they were unable to hold on and conceded the winner 10 minutes from time.

Unai Emery’s men have struggled to find a balance between their domestic and continental campaigns and sit seventh on the table, the final Europa League qualification spot. They have a big semi-final against Arsenal coming up in midweek and their attention is likely to be divided.

Villarreal have been surprisingly poor at home lately, claiming just two wins from their last 10 La Liga matches at the Estadio de la Ceramica. They have lost three of the last four fixtures in that run and were beaten 2-1 by struggling Osasuna in their previous outing at home.

Barcelona were rampant in their previous La Liga fixture as they thrashed Getafe 5-2. Lionel Messi netted a brace, with Ronald Araujo and Antoine Griezmann on target as well while they also benefitted from an own goal from Getafe defender Sofian Chakla.

The Catalans are still keeping up their pursuit of their two Madrid rivals and sit third on the table, five points behind leaders Atletico. They have won 17 of their last 21 La Liga matches, suffering just one defeat which came in the El-Classico.

Ronald Koeman’s men are just as impressive on their travels with nine wins in their last 10 away matches. Among their results in that run is a 2-0 victory over Sevilla while they also triumphed 6-1 over Real Sociedad.

Barcelona are favourites to win among the bookies with Unibet offering 8/11 for an away win. A victory for Villarreal is valued at 19/5 by SBK while a draw is set at odds of 17/5 by Vbet.

With Villarreal struggling at home lately and given Barcelona’s solid record on the road, I am backing the Catalans to claim a comfortable victory.

Barcelona have the edge in this fixture, claiming 27 wins from the previous 45 meetings. Villarreal have been victorious just eight times while there have been 10 draws between both teams.

The Catalans claimed a 4-0 victory in the reverse fixture while they also triumphed 4-1 on their last visit to the Estadio de la Ceramica.

Striker Gerard Moreno has 20 La Liga goals this season and will be the one to watch for Villarreal on Sunday. Vbet has the Spaniard at 15/8 to score anytime while the first goal is priced at 13/2 by bet365.

As always Lionel Messi will be the one to watch for Barcelona as he looks to add to his 25 La Liga goals this season. The Argentine forward has found the net nine times in his last seven matches and is priced at 22/25 to score anytime by Unibet, who is also offering 13/4 for the first goal.

Barcelona have scored four goals in each of their last two matches against Villarreal, conceding just once. That dominant run means a -1 handicap could be worth a punt at 15/8 with William Hill while they could also be backed to score 3+ goals at 2/1 with Skybet.

This La Liga match between Villarreal and Barcelona will be played on Apr 25, 2021 and kick off at 15:15. Check below for our tipsters best Villarreal vs Barcelona prediction. You may also visit our dedicated betting previews section for the most up to date previews.