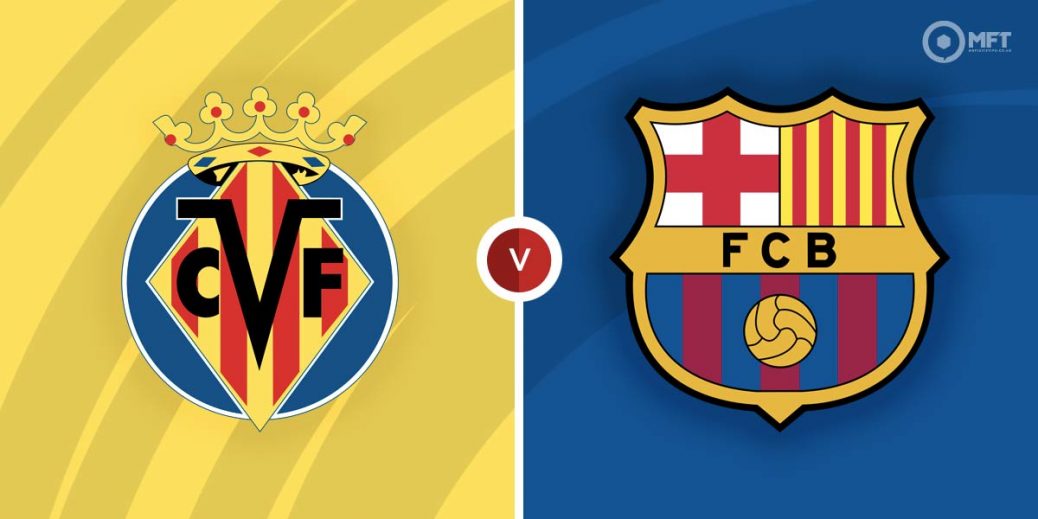 Barcelona are seeking a second consecutive La Liga victory as they travel to Villarreal on Saturday. The Catalans are still struggling to find their best form and could be in for a difficult time against Villarreal, who are often solid at home.

Villarreal are still attempting to recapture the form that saw them win the Europa League last season. They have been off colour this term are down in the bottom half of the La Liga standings.

Unai Emery’s men were held to a 1-1 draw by Celta Vigo in their previous La Liga fixture with Alberto Moreno’s first half effort cancelled out by the hosts. They followed that up with a 2-0 defeat to Manchester United in the UEFA Champions League.

In the midst of all their problems, Villarreal have remained solid at home this season and are unbeaten in their last seven matches in front of their fans. However, defending remains a problem, with a recent 3-3 home draw with struggling Cadiz highlighting a shaky backline.

Xavi began his tenure as Barcelona manager with a 1-0 victory over Espanyol with Memphis Depay’s second half penalty proving to be the difference. They failed to transmit that form into the Champions League were they drew 0-0 with Benfica on Tuesday.

It has been a turbulent campaign for Barcelona, who have not been at their best this season. They are unbeaten in their last three La Liga matches and are only six points off the Champions League places.

Barcelona have struggled on their recent travels and are winless in their last five away matches. Three of those fixtures have ended in draws, including a 3-3 scoreline at Celta Vigo in their previous away fixture.

The bookies are split on this one with a win for Villarreal valued at 33/19 by SBK, who are also offering odds of 48/29 for a Barcelona victory. A draw is set at odds of 53/21 by Vbet.

Barcelona have won the last four matches against Villarreal and triumphed 2-1 on their last visit to the Estadio de la Ceramica.

Arnaut Danjuma has quickly become one of Villarreal’s most impressive players since joining in the summer. The Dutch winger has four goals in his last five home matches in La Liga and is priced at 33/20 by Unibet to score anytime.

Barcelona will be looking to their own Dutchman in Memphis Depay, who has seven League goals this season. The striker has also found the net in his last three La Liga matches and could be considered to score anytime at 33/20 with Unibet.

Villarreal and Barcelona have quality in attack and with neither team particularly convincing at the back, BTTS could be on the cards at 4/6 with bet365. The previous meeting between both teams produced over 2.5 goals and a similar outcome is priced at 4/5 with bet365.

There has been first half BTTS in the last three meetings at the Estadio de la Ceramica and that run could be tipped to continue at 3/1 with BoyleSports. Barcelona have been level at the break in their last three home matches and could be set for a repeat at 24/19 with SBK.

This La Liga match between Villarreal and Barcelona will be played on Nov 27, 2021 and kick off at 20:00. Check below for our tipsters best Villarreal vs Barcelona prediction. You may also visit our dedicated betting previews section for the most up to date previews.