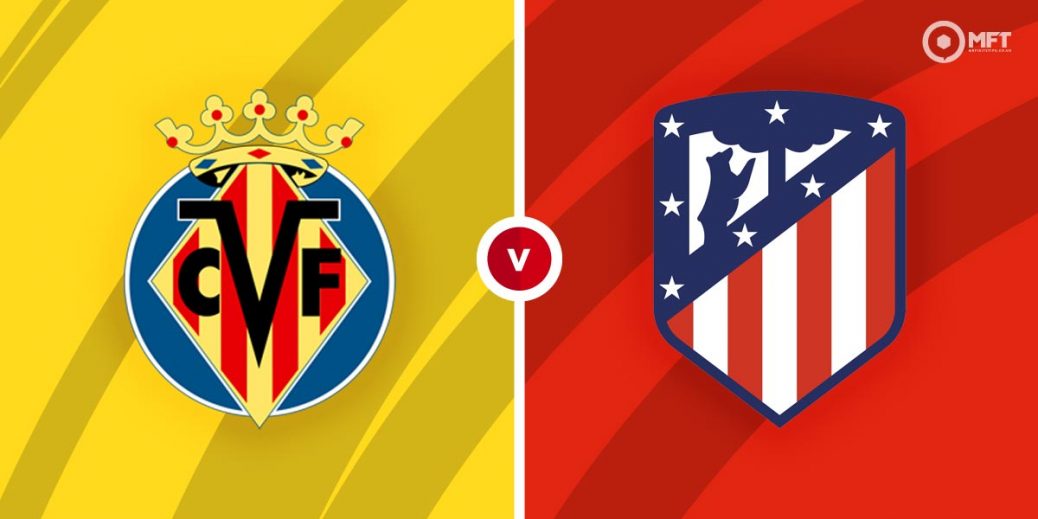 League leaders Atletico Madrid will look to get their season back on track as they travel to the Estadio de la Ceramica for a Spanish La Liga clash against Villarreal. Things are getting tight at the top and Atleti will be keen to keep the chasing pack at bay.

Atletico Madrid have faltered in recent weeks and head into Sunday’s match off the back of a 2-0 home defeat to Levante in their previous La Liga fixture. They also failed to win in the Champions League in midweek, losing 1-0 to Chelsea.

Diego Simeone’s men have now gone three matches without a win in all competitions for the first time this season. They are still top of the table in Spain but their recent struggles mean their lead has now been cut to three points, although they still have a game in hand.

One positive for Atletico ahead of Sunday’s clash is their solid away form with a defeat to rivals Real Madrid their only loss on the road this season. They travel to the Estadio de la Ceramica with five wins in their last six away matches and will be hopeful of getting the better of an inconsistent Villarreal team.

Villarreal continue to struggle to find a balance between their continental ambitions and their domestic campaign. They are into the round of 16 of the Europa League following a 4-1 aggregate win over Salzburg but their form in La Liga has been patchy.

Unai Emery’s men are winless in their last five La Liga matches and were held to a 1-1 draw at Athletic Bilbao in their last outing. They occupy the final European spot but are being closed down by the likes of Real Betis and Levante.

Villarreal have also failed to impress on their own patch having claimed just one win from their last seven matches at the Estadio de la Ceramica. They are on a three-match winless run at home and were beaten 2-1 by Real Betis in their most recent fixture.

Despite faltering in recent weeks, Atletico are still considered favourites among the bookies with Unibet backing an away win at 6/4. Villarreal are outsiders at 12/5 with SBK while BetVictor values a draw at 21/10.

Villarreal have a slight edge in the head-to-head against Atletico Madrid with 15 wins from 39 previous meetings. Atletico have claimed 13 wins while both teams have battled to 11 stalemates, including a 0-0 draw in the reverse fixture.

Atletico Madrid have claimed the upper hand in recent meetings having gone unbeaten in the last five matches.

Striker Gerard Moreno has scored 14 goals for Villarreal this season and could be worth a shot in the anytime goalscorer market at 11/4 with betfair. Spanish forward Paco Alcacer has also been among the goals lately and is priced at 63/20 by Sporting Index to score anytime.

Luis Suarez has looked off colour in recent weeks but still remains the top scorer for Atletico Madrid with 16 goals. The striker is valued at 7/5 by Paddy Power to score anytime while bet365 is offering 15/4 on the Uruguayan to grab the first goal.

Two of the last three meetings between both teams have ended goalless so a bet on the clean sheet market could provide some value. Villarreal are backed at 9/4 by bet365 to keep a clean sheet while Sporting Index are offering 41/25 on Atletico Madrid not to concede on Sunday.

Atletico Madrid have seen over 2.5 goals in four of their last five away matches and a similar outcome is priced at 6/4 by Paddy Power.

This La Liga match between Villarreal and Atletico Madrid will be played on Feb 28, 2021 and kick off at 20:00. Check below for our tipsters best Villarreal vs Atletico Madrid prediction. You may also visit our dedicated betting previews section for the most up to date previews.