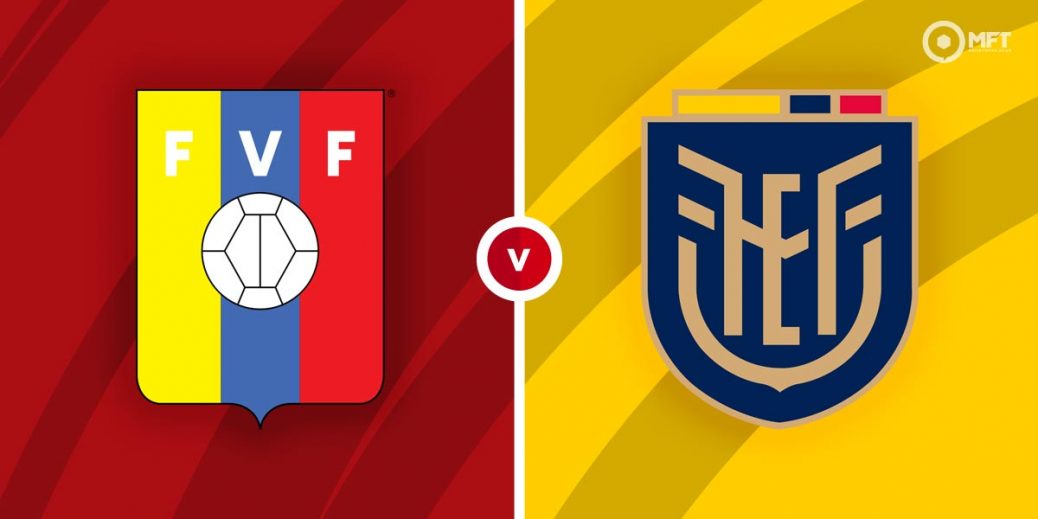 Venezuela and Ecuador will be seeking their first win at this year’s Copa America when they square off in a Group B clash at the Estadio Nilton Santos. Not only are both teams winless in the competition, they are also without a goal so far and are likely to serve up a low scoring encounter on Sunday.

Venezuela are coming off a 0-0 draw against Colombia in their previous Group B fixture. They rode their luck many times in the contest and also offered little going forward, finishing without a single attempt on target.

Despite being second best for much of the game, manager Jose Peseiro will be pleased with the result having fielded an understrength side following a COVID-19 outbreak in the squad. As it stands, they still have hopes of making it out of the group with four of the five teams in each group set to progress to the quarter-finals.

If La Vinotinto are to sneak into the last eight, they must improve in attack having failed to score in in the competition. Their attacking problems began before the Copa America with just one goal in their last four matches in all competitions.

Ecuador are also coming off a defeat as they lost 1-0 to Colombia in their previous fixture in the competition. They will be disappointed to come away empty handed after stifling the Colombian attack and creating a few chances of their own.

While manager Gustavo Alfaro will take confidence from his team’s performance, he is likely to be worried by their lack of goals. They have failed to score in their last three matches, a run stretching back to before the Copa America.

Despite all of this, the Ecuadorians still have hopes of making the quarter-finals with just one win likely to be enough to see them progress.

The bookies have Ecuador as favourites with Vbet offering 10/13 for a win. A victory for Venezuela is priced at 9/2 by bet365 while betfair is offering odds of 13/5 for a draw.

Both teams appear to be going through similar problems at the moment and are likely to cancel each other out for a draw.

Ecuador have a 9-5 advantage with three draws from 17 previous matches against Venezuela. The last two meetings have ended in stalemates with the most recent a 1-1 draw in a friendly back in 2019.

Given the lack of firepower in the Venezuelan attack, defending is likely to be their primary concern on Sunday. Luis Martinez and Luis Del Pino started in central defence in the 0-0 draw against Colombia and will be hoping for another clean sheet at 10/3 with bet365.

Ecuador will also be looking to their defence to stand firm against the Venezuelans. Robert Arboleda and Piero Hincapie impressed at centre-back against Colombia and will be hoping for a clean sheet on Sunday at evens with bet365.

Given the attacking problems of both teams, there are likely to be few goals on Sunday. Under 2.5 goals is priced at 33/50 by Sport Nation, while BoyleSport is offfering odds of 7/10 on BTTS No.

Ecuador to not score is priced at 29/20 by Vbet, who are also offering odds of 42/41 on Venezuela not to find the net. There are also unlikely to be goals in both halves at 4/5 with betfair.

This Copa America match between Venezuela and Ecuador will be played on Jun 20, 2021 and kick off at 22:00. Check below for our tipsters best Venezuela vs Ecuador prediction. You may also visit our dedicated betting previews section for the most up to date previews.