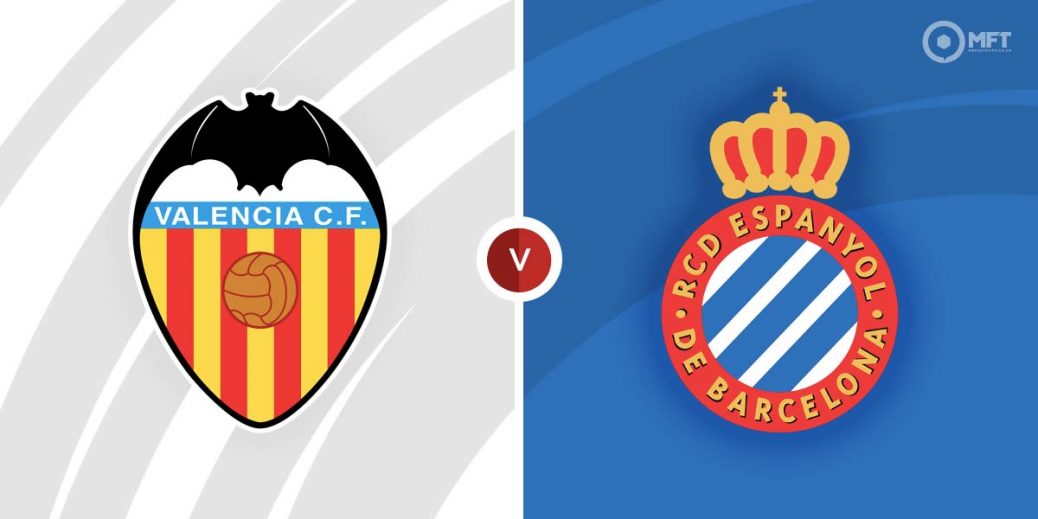 Valencia will be aiming to boost their quest for a European finish as they host Espanyol in La Liga on Friday. The Catalans can be dangerous opponents but Valencia are are in good form at the moment and should take the points here.

Valencia are attempting to pick up their form again after losing their way slightly following a bright start to the season. Jose Bordalas’ men are currently on a seven-match unbeaten run in La Liga, winning the last three fixtures.

Los Che are still in mid-table but their recent resurgence has rekindled their hopes for a European finish. They are just two points off fourth placed Rayo Vallecano and can climb into the Champions League places if results go their way this weekend.

Valencia’s last La Liga fixture before the winter break was a thrilling 4-3 victory over Levante. They fought back from two goals down to win with Goncalo Guedes and Carlos Soler each netting a brace.

Espanyol are sitting just outside the top half but have plenty of reasons to be pleased with their campaign so far. They are often tricky opponents and can count victories over Real Madrid and Real Sociedad among their results this season.

Espanyol have lost three of their last five La Liga matches and were beaten 3-1 by Celta Vigo in their previous fixture before the winter break.

Manager Vincente Moreno will be worried about Espanyol’s abysmal record on their travels. They have failed to claim a single win on the road this season and have lost their last four away matches.

Valencia have been installed as favourites among the bookies and are priced at 3/4 by William Hill to claim the win. A victory for Espanyol is priced at 43/10 with SBK while a draw is set at odds of 17/6 with Vbet.

Valencia have a 29-19 advantage with 10 draws from 54 previous matches against Espanyol. They have also won the last two fixtures, including a 1-0 victory in the most recent meeting at the Mestalla.

Carlos Soler and Goncalo Guedes have combined for 13 La Liga goals this season including a brace each in their previous fixture. Unibet has Soler at 41/20 to score anytime while also offering odds of 23/10 on Guedes in the same market.

Raul de Tomas has eight La Liga goals this season and will be the one to watch for Espanyol on Friday. The striker is priced at 23/10 by Unibet to get on the score sheet at the Mestalla.

Valencia and Espanyol have struggled at the back this season and given the quality in their attacks, both teams could be backed to score at evens with bet365. There were over 3.5 goals in Valencia’s last fixture and a similar outcome is priced at 14/5 with Paddy Power while over 2.5 goals is valued at 11/10 with BetVictor.

Valencia have scored in both halves in their last three La Liga matches and could be set for a repeat at 2/1 with Skybet.

This La Liga match between Valencia and Espanyol will be played on Dec 31, 2021 and kick off at 15:15. Check below for our tipsters best Valencia vs Espanyol prediction. You may also visit our dedicated betting previews section for the most up to date previews.