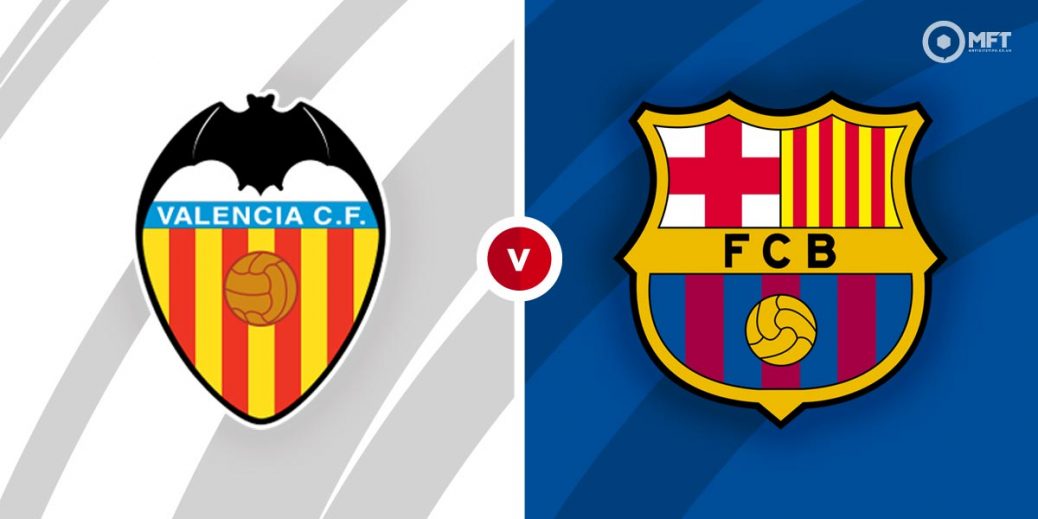 After missing the chance to go top of the Spanish La Liga, Barcelona return to action with a clash against Valencia at the Estadio de Mestalla. This has been a tricky fixture for Barca in recent seasons but given their away record and with Los Che struggling lately, they are expected to have the edge here.

Valencia were held to a 1-1 draw at home by Deportivo Alaves in their previous La Liga fixture. An eventful end to the contest saw Jose Gaya grab an 89th minute equaliser after Alaves were reduced to 10 men.

Los Che have endured a disappointing campaign and while they are unlikely to be relegated, are sitting dangerously close to the bottom three. They are just six points above 18th place Elche, following a run of five matches without a win.

Javi Gracia has also seen his team fail to win at home, with a 2-2 draw with Real Sociedad draw preceding the stalemate against Alaves.

A disappointing night for Barcelona saw them miss the chance to go top of La Liga as they were beaten 2-1 at home by Granada. Things looked to be going according to plan following Lionel Messi’s first half opener but they failed to press their advantage and conceded twice after the break.

The result means Barca have now surrendered the advantage in the title race back to Atletico Madrid as they remain third on the table, two points off the pace. With a potential title decider against the leaders on the horizon, the Catalans will be keen to return to winning ways.

One positive for manager Ronald Koeman heading into Sunday’s match is his team’s record on the road. They have won 10 of their last 11 away matches, including a 6-1 victory over Real Sociedad and a 2-1 triumph at Villarreal.

The bookies have installed Barcelona as favourites with an away win priced at 2/5 by Unibet. A victory for Valencia is valued at 7/1 by William Hill while a draw is set at odds of 24/5 by SBK.

Valencia's struggles in recent weeks means I am leaning towards a victory for Barcelona.

Barcelona have the advantage in this fixture with 32 wins from 64 previous matches, Valencia have been victorious 14 times while there have been 18 stalemates between both teams, including a 2-2 draw in the reverse fixture.

Lionel Messi scored his 26th goal of the season last time out and as always will be the one to watch for Barcelona. Unibet has the Argentine forward at 4/7 to score anytime while the first goal is set at odds of 11/4 by the same firm.

Midfielder Carlos Soler is the leading scorer for Valencia with eight goals and is priced at 23/5 to score anytime. Striker Maxi Gomez often leads the line and could be worth a punt in the same market at 14/5 with Skybet.

There have been goals for both teams in six of their last seven meetings and a similar outcome is priced at 5/7 by Sport Nation. Over 3.5 goals is also worth considering at 11/10 with betfair while over 4.5 goals is valued at 27/11 by Vbet.

Markets could also be combined to increase the value with a Barca win and over 3.5 goals priced at 8/5 with Paddy Power.

This MLS match between Valencia and Barcelona will be played on May 2, 2021 and kick off at 20:00. Check below for our tipsters best Valencia vs Barcelona prediction. You may also visit our dedicated betting previews section for the most up to date previews.