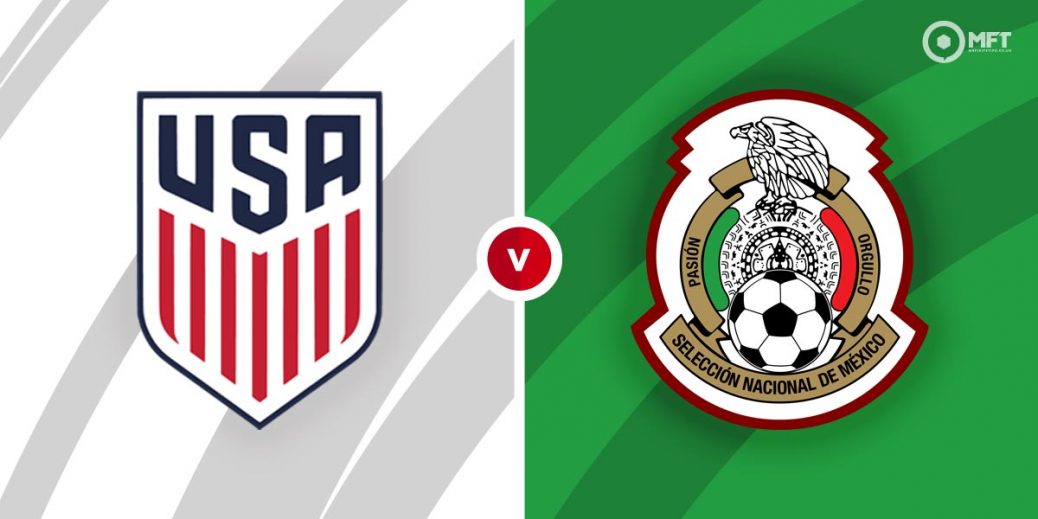 USA and Mexico square off in the final of the CONCACAF Gold Cup at Allegiant Stadium. A closely fought contest is predicted between the two best teams in the competition but playing at home should give the Americans the advantage here.

USA came through a tough semi-final encounter against Qatar to progress to the final. They rode their luck a few times with the Qataris missing a penalty before Gyasi Zardes sealed the 1-0 victory four minutes from time.

The Stars and Stripes will have revenge on their minds after losing 3-0 to Mexico in the 2019 final and head into Monday’s clash with a 100% record in this year’s competition. Although most of their wins have been 1-0.

USA's form in the 2021 CONCACAF Gold Cup had been driven by a solid defence. They have conceded just once in the competition but are likely to be seriously tested by an impressive Mexican attack.

Mexico were given a stern test by Canada before edging to a 2-1 victory in the semi-final. Orbelin Pineda's early opener was quickly cancelled out by the Canadians, who matched the Mexicans throughout before Hector Herrera struck the winner in the ninth minute of added time.

El Tri are aiming to becoming the first side to successfully defend the CONCACAF Gold Cup title since their 2011 team. The Mexicans are unbeaten in this year’s competition, although they were held to a 0-0 draw by Trinidad & Tobago in their opening fixture.

One source of worry for manager Gerardo Martino from the semi-final was his team’s defending as they often looked vulnerable at the back. They struggled to cope with the pace and movement of Canada's youthful attack and are likely to face similar issues against the Americans.

USA have looked slightly more solid in the competition and with Mexico looking vulnerable at the back in the semi-final, I am tempted to lean towards an American victory here.

Mexico have the upper hand in this fixture with 34 wins from 72 previous matches. USA have 23 victories while there have been 15 draws between both teams.

The Americans have already beaten Mexico this year, claiming a 3-2 extra time victory in the final of the CONCACAF Nations League back in June.

Striker Gyasi Zardes scored the winner in the semi-final and could be worth keeping an eye on for USA. Forwards Matthew Hoppe and Daryl Dike have also been among the goals in the competition and all three men can help the Americans score over 1.5 goals at 49/20 with Unibet.

Mexico also have quality in their attack with Rogelio Funes Mori, Orbelin Pineda and Jesus Corona, who have all been among the goals in the competition. All three men can combine to produce over 1.5 goals for the Mexicans at 6/4 with betfair.

USA and Mexico have plenty of quality in attack and both teams can be backed to score at 11/10 with Sport Nation. Over 2.5 goals could also be considered at 13/10 with Red Zone while over 3.5 goals is valued at 7/2 with BetVictor.

Both teams scored in the second half of their semi-final fixtures and could be set for a repeat on Monday at 11/4 with Skybet. The second half could also be tipped as the highest scoring half at 7/5 with Sport Nation.

This match between USA and Mexico will be played on Aug 2, 2021 and kick off at 01:30. Check below for our tipsters best USA vs Mexico prediction. You may also visit our dedicated betting previews section for the most up to date previews.