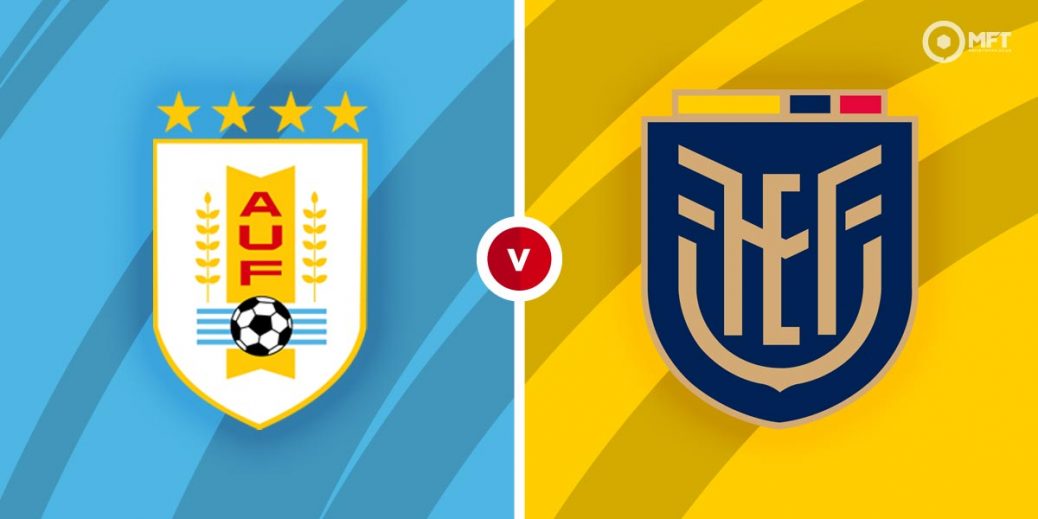 Following on from their victory over Bolivia, Uruguay continue their 2022 World Cup qualifying campaign with a home fixture against Ecuador. Separated by just one point, a closely fought encounter is predicted but the Uruguayans are often solid at home and should have the upper hand.

Uruguay bounced back from their 1-1 draw against Peru with a 4-2 victory over Bolivia in their previous outing in the qualifiers. Georgian De Arrascaeta netted a brace while Federico Valverde and Agustin Alvarez were also on target.

It has not been a smooth qualifying campaign for Uruguay, who currently sit fourth on the table, three points behind second place Argentina. The win over Bolivia means they are now unbeaten in their last four qualifying matches while also suffering just one defeat in four home matches in the competition.

Manager Oscar Tabarez will be pleased Uruguay’s attacking display in the absence of veteran strikers Luis Suarez and Edinson Cavani, with Geogian De Arrascaeta scoring three times in two matches. However, they remain vulnerable at the back with five goals conceded in their last four home matches in the qualifiers.

Ecuador have found things difficult in recent times, stretching back to their poor showing at the Copa America where they failed to win a single match. They travel to Uruguay off the back of a 0-0 draw against Chile in their previous qualifying fixture.

Although Ecuador currently sit third, they have been imconsistent throughout the qualifiers. Gustavo Alfaro's men have claimed just one win from their last four qualifying matches.

One problem for Ecuador is their poor form on the road having suffered two defeats in their last three away matches in the qualifiers. They were beaten 1-0 by Argentina before losing 1-0 to runaway leaders Brazil.

Uruguay have been installed as favourites among the bookies at 13/14 with SBK. A victory for Ecuador is valued at 17/5 by SBK while Unibet is offering 47/20 for a draw.

Uruguay have a 7-3 advantage with four draws from 14 previous matches against Ecuador. The Ecuadorians claimed a 4-2 victory in the reverse fixture but Uruguay triumphed 2-1 the last time they were hosts to Thursday’s opponents.

Georgian De Arrascaeta has been the star for Uruguay in this international break with three goals in two matches. The midfielder could be backed to continue that run at 11/4 with bet365.

Ecuador have some attacking quality of their own with Gonzalo Plata and Michael Estrada among the goals lately. Plata is priced at 11/2 to score anytime by bet365, who are also offering 10/3 on Estrada in the same market.

With Uruguay and Ecuador looking shaky at the back lately, there are likely to be goals for both teams at evens with SBK. There have been over 3.5 goals in the last two meetings between both teams and a similar outcome is priced at 71/20 with Sport Nation while aover 2.5 goals is valued at 6/5 with SBK.

Uruguay scored in both halves in the win over Bolivia and could be backed for a repeat at 49/20 with Unibet.

This World Cup match between Uruguay and Ecuador will be played on Sep 9, 2021 and kick off at 23:30. Check below for our tipsters best Uruguay vs Ecuador prediction. You may also visit our dedicated betting previews section for the most up to date previews.