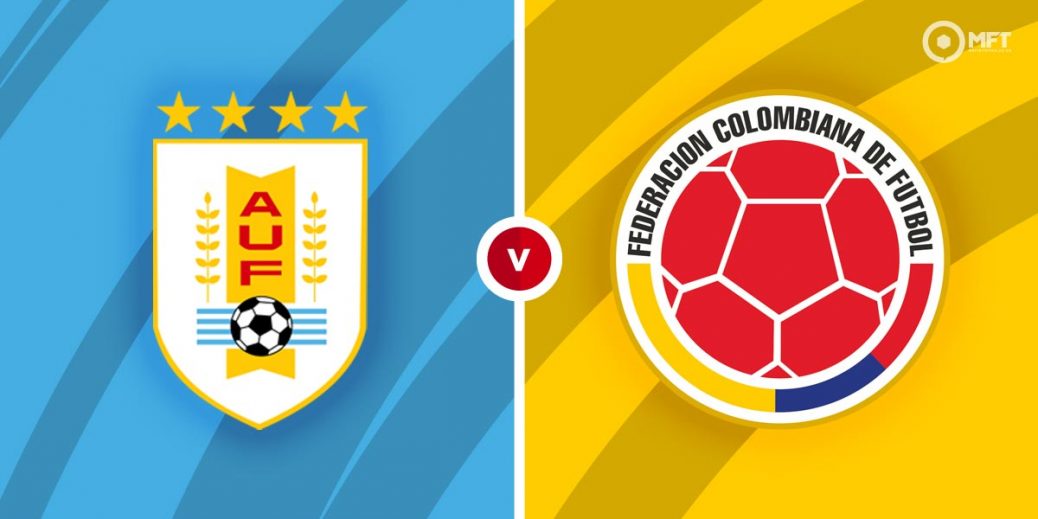 Uruguay and Colombia face off in the quarter-finals of Copa America at the Estadio Nacional de Brasilia. The Uruguayans have slowly grown into the competition and driven by a solid defence, should get the better of Colombia, who have been poor going forward.

Uruguay overcame a disappointing start to the competition to progress to the quarter-finals. They bounced back from a defeat in their opening fixture and went unbeaten in the next three matches to finish second in Group A.

Oscar Tabarez’s men are heading into Saturday’s quarter-final clash off the back of two straight victories. They won 2-0 against Bolivia before seeing off Paraguay 1-0 in their final fixture in the group phase.

While the Uruguayans have not been particularly exciting going forward, they have balanced things out by being solid at the back. Having kept clean sheets in their last two matches, they could be set for another shutout against the Colombians.

Colombia’s campaign at Copa America has been the exact opposite to the Uruguay as they slowly got worse as the group stage progressed. They are without a win since claiming a 1-0 victory over Ecuador in their opening fixture.

Colombia have been below par in Brazil and ended their group stage campaign with back-to-back defeats. They were beaten 2-1 by Peru before suffering a similar defeat to Brazil in their final round robin fixture.

The major problem for manager Reinaldo Rueda is a lack of cutting edge in attack with star strikers Luis Muriel and Duvan Zapata still without a goal in Brazil. They have also looked shaky at the back, conceding four goals in their last two matches.

The bookies have Uruguay as favourites and are priced at 13/9 by SBK to claim the win. A victory for Colombia is valued at 27/11 with SBK while bet365 is offering odds of 21/10 for a draw.

Uruguay have looked much better than Colombia in the competition and should claim the win here.

Uruguay have a 10-5 advantage with three draws from 18 previous matches against Colombia. The Uruguayans have also won to nil in two of the last three fixtures including a 3-0 victory in a World Cup qualifier back in November.

Uruguay’s defence has looked solid in the last two matches with Diego Godin and Jose Gimenez featuring at centre-back. Given Colombia’s struggles in attack, they will be confident of keeping a third straight clean sheet at 11/8 with betway.

Following a slow start to the competition, striker Edinson Cavani is finally coming into his own having scored in his last two matches. With Luis Suarez also providing support in attack, the Uruguayans could be backed to score over 1.5 goals at 19/10 with Unibet.

Uruguay have won to nil in their last two matches and could be backed for a similar outcome at 23/10 with betway. A -1 handicap for the Uruguayans could also be considered at 9/2 with Red Zone.

Saturday’s clash is likely to produce under 2.5 goals at 8/15 with BoyleSports while Uruguay's solid defence means Colombia could be backed not to score at 26/19 with Vbet.

This Copa America match between Uruguay and Colombia will be played on Jul 3, 2021 and kick off at 23:00. Check below for our tipsters best Uruguay vs Colombia prediction. You may also visit our dedicated betting previews section for the most up to date previews.