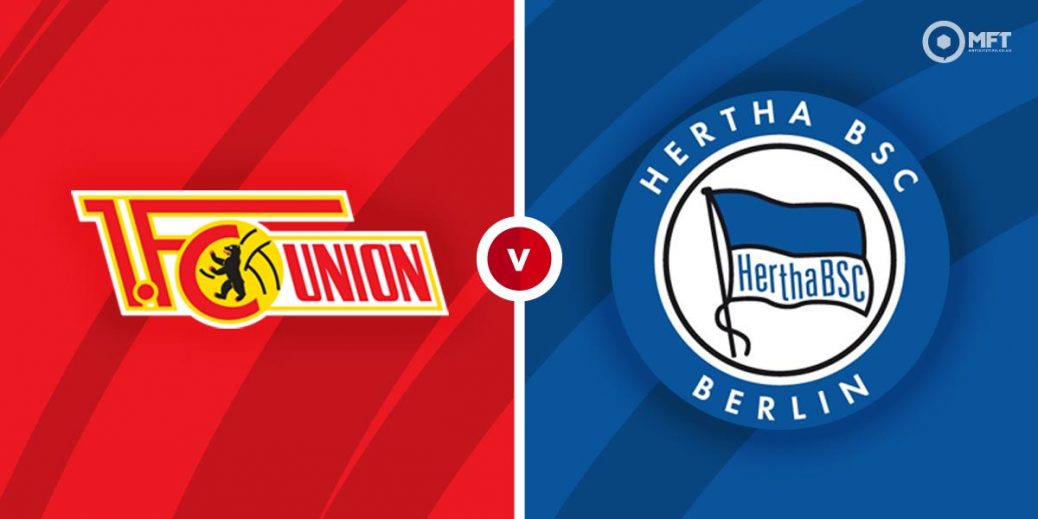 It is the Berlin derby this weekend in Germany as Union Berlin Square off against local rivals Hertha Berlin in a Bundesliga clash at the Alte Forsterei Stadion. Both teams are chasing different targets this season and are desperate for a win but Union's fine home form should give them the edge in this one.

Union Berlin were disappointing in their previous Bundesliga fixture as they suffered a 5-2 defeat at Frankfurt. Max Kruse scored a first half brace but they struggled to cope with the superior quality of the hosts.

It is a result they will hope to quickly put behind them in their bid to secure European football for next season. Urs Fischer's men are seventh on the table just two points behind Bayer Leverkusen in the final Europa League spot.

Union Berlin are often difficult to beat at the Alte Foresterei Stadium where they have suffered just one defeat all season. They have claimed some major scalps on their turf, including a 2-1 victory over Borussia Dortmund while also knocking off Bayer Leverkusen 1-0.

Hertha Berlin went into the international break off the back of a 3-0 victory over Bayer Leverkusen. Dayovaisio Zeefuik, Matheus Cunha and Jhon Cordoba were all on target in the first half as they held on for the win.

Pal Dardai’s men are attempting to ease away from the relegation zone as they sit just one point above the bottom three. They have claimed just two wins in their last 12 matches, suffering eight defeats in that run.

The Berlin derby is usually a closely fought encounter but Union Berlin have been installed as slight favourites at 8/5 with William Hill. SBK has Hertha Berlin at 2/1 to win while bet365 is offering 23/10 for a draw.

Given Union Berlin’s form at the Alte Forsterei Stadion and Hertha Berlin’s poor record on the road, I am tempted to lean towards a home win.

Hertha Berlin have a slight advantage in this fixture with three wins from seven previous matches. Union Berlin have claimed two victories while both teams have battled to two draws.

Hertha Berlin earned a 3-1 victory in the reverse fixture back in December.

Forward Max Kruse is the top scorer for Union Berlin with 10 goals this season and netted a brace in his last outing. He is priced at 23/10 by SBK to score anytime while Taiwo Awoniyi is also worth keeping an eye on at 11/4 with the same firm.

Jhon Cordoba and Matheus Cunha were both on target last time out and will be the ones to watch on Sunday. Cunha is priced at 24/10 by bet365 to score anytime while Cordoba is priced at 26/10 by the same firm.

Hertha Berlin have failed to score in their last two away matches and a similar outcome is valued at 21/10 by BoyleSport. With that in mind, a Union Berlin clean sheet could also be on the cards at 21/10 with Sporting Index while a home win to nil is set at odds of 10/3 by SpreadEX.

This German Bundesliga match between Union Berlin and Hertha Berlin will be played on Apr 4, 2021 and kick off at 17:00. Check below for our tipsters best Union Berlin vs Hertha Berlin prediction. You may also visit our dedicated betting previews section for the most up to date previews.