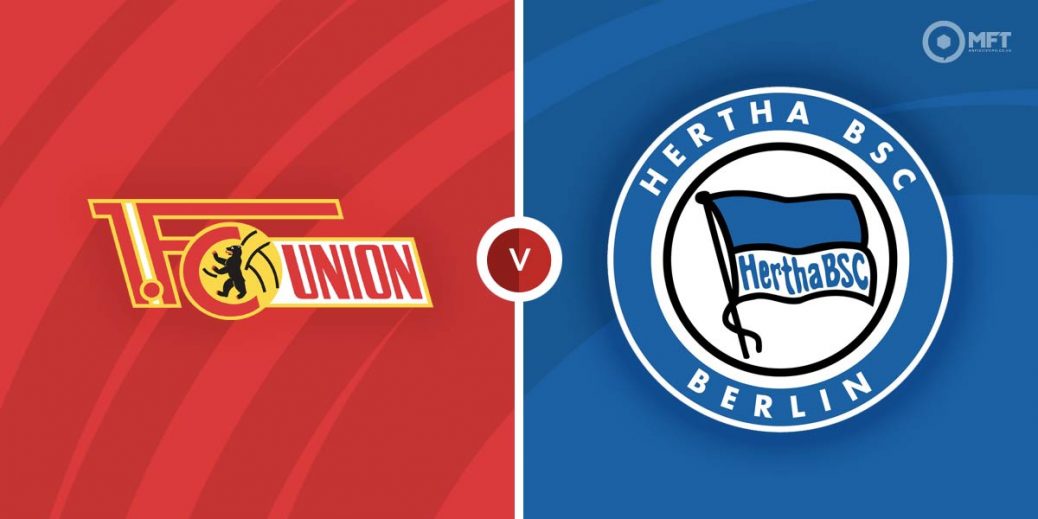 Union Berlin and Hertha Berlin face off in the Berlin Derby on Saturday in the German Bundesliga. Given their solid home form, Union will fancy their chances of coming out on top in this one.

Following a fine start to the season, things appear to be going slightly downhill for Union Berlin in recent weeks. Urs Fischer's men are winless in their last three matches, although two of those fixtures have ended in draws.

Union Berlin are coming off a 2-2 draw with Cologne in their previous Bundesliga fixture. They fought back from behind to lead before the break thanks to goals from Julian Ryerson and Grischa Promel but were unable to hold on for the win.

Despite their recent struggles, Union Berlin have maintained a solid home record this season. They have suffered just one defeat in six matches on their own turf and can count a 2-1 victory over Borussia Monchengladbach and a 2-0 triumph against Wolfsburg among their results in that run.

Hertha Berlin have also not been at their best in recent weeks and are currently in the bottom half of the table. They have generally been inconsistent this season and head into Saturday’s match with just four wins in 11 Bundesliga matches.

Pal Dardai’s men have failed to secure a win in their last two Bundesliga matches and were held to a 1-1 draw by Bayer Leverkusen. They took the lead just before the break through Stevan Jovetic but were unable to hold on and conceded the equaliser deep into added time.

Hertha Berlin have struggled to keep things tight at the back this season. They have been on the receiving end of some heavy defeats on the road, losing 5-0 to Bayern Munich while also falling 6-0 to RB Leipzig.

Union Berlin have the edge among the bookies with novibet offering 53/50 for a home win. A victory for Hertha Berlin is priced at 32/11 by Vbet while a draw is set at odds of 29/10 with betfair.

Hertha Berlin have a 3-2 advantage with three draws from eight previous matches against Union Berlin. Both teams played out a 1-1 draw in this fixture last season.

Taiwo Awoniyi is the top scorer for Union Berlin with seven goals in 11 matches this season. The Nigerian Striker has also found the net four times in his last five appearances and is priced at 41/20 by Unibet to find the net on Saturday.

Striker Stevan Jovetic is out of Saturday’s clash due to Coronavirus, so Marco Richter will be the one to watch for Hertha Berlin. The midfielder has found the net three times in his last five matches and is priced at 9/2 with bet365.

Union Berlin have opened the scoring in four of their last six Bundesliga matches and could be tipped to score first at 8/11 with BoyleSports. Both teams are also likely to find the net at 19/20 with bet365.

There have been over 3.5 goals in Union Berlin’s last two Bundesliga matches and a repeat is priced at 10/3 with BetVictor. Over 2.5 goals can also be considered at 22/19 with SBK.

This German Bundesliga match between Union Berlin and Hertha Berlin will be played on Nov 20, 2021 and kick off at 17:30. Check below for our tipsters best Union Berlin vs Hertha Berlin prediction. You may also visit our dedicated betting previews section for the most up to date previews.