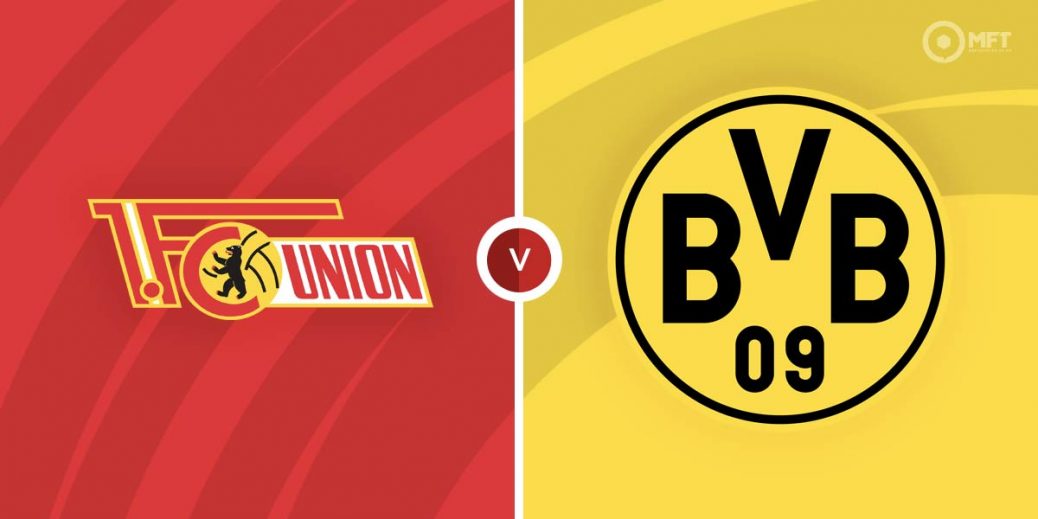 Fresh from their surprise home defeat last time out, Borussia Dortmund will be looking to make a quick return to winning as they travel to Union Berlin. The hosts have the quality to cause problems but Dortmund have impressed on their recent travels and will be confident of coming out on top.

Union Berlin are having a good campaign and are in with a chance of making the Champions League next season. They are currently fourth and could close the gap on second placed Dortmund to six points with a win on Sunday.

The capital club suffered a slight setback last time out in the Bundesliga after going down 2-0 to Augsburg. They had a few opportunities but were generally second best throughout the encounter and could have lost by more with the hosts missing a number of chances.

As impressive as Union Berlin have been this season, they have struggled against the top sides in the Bundesliga. Urs Fischer’s men suffered a 4-2 defeat to Dortmund in the reverse fixture and were also beaten 5-2 at home by Bayern Munich.

Borussia Dortmund lost ground in their pursuit of Bayern Munich as they were beaten 5-2 at home by Bayer Leverkusen last time out. They were completely outclassed by Leverkusen with an early own goal and a late effort from Steffen Tigges proving to be a mere consolation.

Despite the defeat, Dortmund are still one of the form teams in the Bundesliga having won their previous three matches. Marco Rose’s men remain second on the table but are now nine points behind champions Bayern Munich.

Dortmund have fared slightly better on their recent travels though, with just one defeat in their last five away matches. They have won their last two fixtures on the road, claiming back-to-back 3-2 victories at Eintracht Frankfurt and Hoffenheim.

The bookies have Borussia Dortmund as overwhelming favourites at 11/12 with SBK. A victory for Union Berlin is valued at 3/1 by Betfred while a draw is also set at odds of 3/1 with betway.

Borussia Dortmund have a 6-2 advantage from eight previous matches with Union Berlin. They have also won two of the last three meetings and triumphed 4-2 in the reverse fixture.

Striker Taiwo Awoniyi has gone off the boil in recent weeks but remains the top scorer for Union Berlin with nine Bundesliga goals. Given Dortmund’s struggles at the back, the Nigerian striker could be tipped to get on the score sheet at 12/5 with Vbet.

Erling Haaland missed the defeat to Bayer Leverkusen through injury and remains doubtful for Sunday’s clash. The attacking threat is likely to come from Marco Reus, who was on target in Dortmund’s last away fixture and is priced at 2/1 by BetVictor to get on the score sheet.

The reverse fixture produced over 4.5 goals which is priced at 4/1 with Pari Match. Over 3.5 goals could also be considered at 8/5 with BetVictor while Sport Nation is offering 33/50 for over 2.5 goals.

There have been more goals after the break in Dortmund’s last two away matches in the Bundesliga so the second half could be tipped as the highest scoring half at 11/10 with Coral. Both teams could also be backed to score in the second half at 15/8 with betfair.