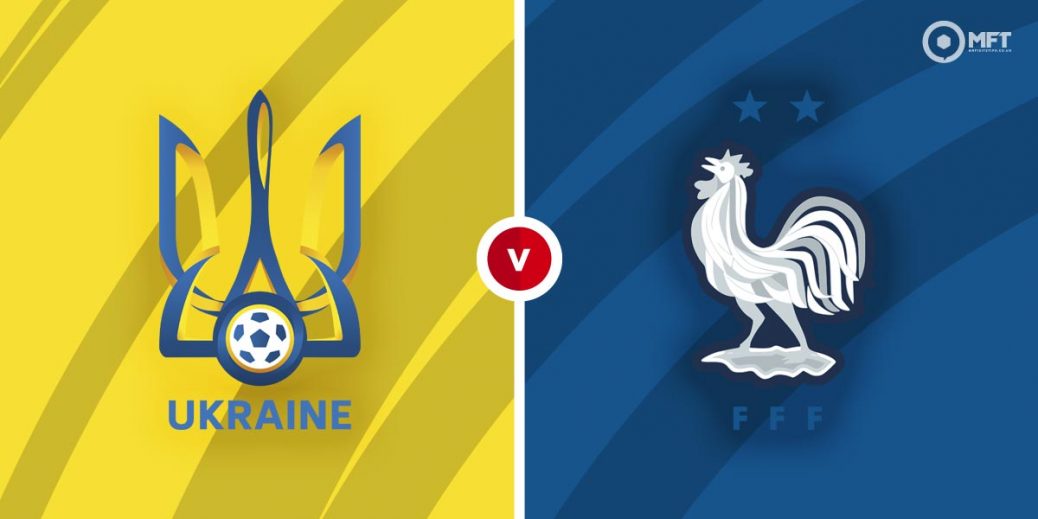 Seeking to maintain their unbeaten run in the 2022 World Cup qualifiers, France travel to the NSK Olimpiyskiy for a Group D clash with Ukraine. The French have failed to impress so far and could be in for a tricky tie against a dangerous Ukraine team.

Ukraine were held to a 2-2 draw in Kazakhstan in their previous qualifying fixture. They took the lead twice but were pegged back both times.

Oleksandr Petrakov's men are still winless in the qualifiers, although they have drawn all four of their matches. They are expected to finish second in the group behind France but will need to start turning draws into wins in order to fend off the chasing pack.

The problem for Ukraine is a shaky defence which means they are often unable to hold on to leads as evidenced by the clash against Kazakhstan. They are without a clean sheet in the qualifiers and have conceded in their last six matches across all competitions.

France are also coming off a draw as they were held 1-1 by Bosnia & Herzegovina in their previous fixture. The World champions had Antoine Griezmann to thank for a first half equaliser as they had to play much of the second period with 10 men.

Les Bleus appeared to still be battling the ghosts of their Euro 2020 performance as they struggled to find their rhythm for much of the contest. While manager Didier Deschamps is likely to consider the red card to Jules Kounde a factor, the result means the French have now drawn their last four matches in all competitions.

France appear to have lost their defensive solidity from the early stages of Deschamps's tenure. They are without a clean sheet in their last four matches across all competitions, conceding seven goals in that run.

France head into Saturday’s match as favourites among the bookies with a win priced at 13/20 by Unibet. A victory for Ukraine is valued at 5/1 with bet365 while betfair is offering odds of 3/1 for a draw.

France have a 6-1 advantage with four draws from 11 previous matches against Ukraine. Both teams battled to a 1-1 draw in the reverse fixture back in March.

Roman Yaremchuk appears to have carried on from his performances at the Euros following his goal against Kazakhstan. France look shaky at the back and the striker can ensure Ukraine continue their run of scoring in every qualifying fixture at 77/100 with Vbet.

The French have plenty of quality in attack with Kylian Mbappe, Karim Benzema and Antoine Griezmann, who was on target last time out. They have scored in all four of their qualifying matches and are likely to once again find the net at 2/11 with Vbet.

Ukraine and France have found the net in their last two meetings and both teams could once again be tipped to score at 20/21 with BetVictor. The French have seen over 3.5 goals in two of their last three matches and a repeat is priced at 11/4 with Betfred while over 2.5 goals is valued at 21/20 with BetVictor.

With a closely fought encounter expected on Saturday, a halftime draw could also be considered at 63/50 with Sporting Index.

This World Cup match between Ukraine and France will be played on Sep 4, 2021 and kick off at 19:45. Check below for our tipsters best Ukraine vs France prediction. You may also visit our dedicated betting previews section for the most up to date previews.