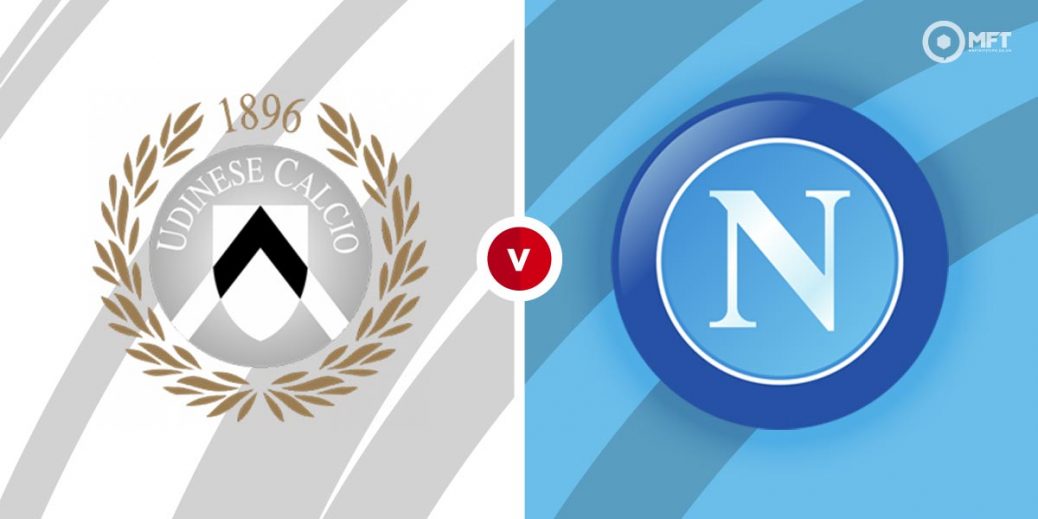 Napoli will put their perfect Serie A record on the line when they face Udinese at the Dacia Arena. Udinese have also made a fine start to the season and could be tricky opponents but Napoli have won all their matches in Serie A this term and should continue that trend.

Udinese are coming off a 1-0 victory over Spezia in their previous Serie A fixture. They struggled to get past the stubborn hosts for much of the encounter before Lazar Samardzic sealed the win one minute from time.

Luca Gotti’s men are unbeaten in their first three matches. They have claimed two victories since their 2-2 draw against Juventus in their opening fixture, although both wins have come against bottom sides Venezia and Spezia.

Udinese surprisingly have a poor record at home with just one win in their last eight Serie A matches, stretching back to last season. They have suffered five defeats in that run and were also beaten 2-1 by Napoli in this fixture last term.

Napoli continue to show their quality this season and came from a goal down to beat Juventus 2-1 in their previous Serie A fixture. They fell behind early in the first half but struck back through Matteo Politano before Kalidou Koulibaly scored the winner five minutes form time.

The result means Napoli now have a 100% record in Serie A after three matches. The Neapolitans also showed great character in the Europa League on Thursday, coming from two goals down to draw 2-2 at Leicester City thanks to a brace from Victor Osimhen.

While manager Luciano Spalletti will be pleased with Napoli's start to the season, their defending is likely to be a source of worry. They have gone behind in their last two matches but their quality in attack seems to always give them the edge.

Napoli have the upper hand among the bookies at 5/6 with SBK while Unibet is offering 19/5 for a Udinese victory. A draw is set at odds of 27/10 by betfair.

Napoli are unbeaten in the last 11 matches against Udinese and did the double over their rivals last season. They earned a 2-1 victory at the Dacia Arena before running out 5-1 winners in the reverse fixture in Naples.

Victor Osimhen is still seeking his first Serie A goal of the season but is coming off a brace in the Europa League on Thursday. The striker is once again expected to lead the line and is priced to score anytime at 8/5 with Betfred.

Gerard Deulofeu has impressed for Udinese this season, scoring two goals in three appearances. The forward could be tipped to find the net at 7/2 with betway.

There were over 3.5 goals in Napoli’s Europa League fixture on Thursday and a similar outcome is priced at 23/10 by Unibet. There have also been over 2.5 goals in their last two Serie A fixtures and SBK is offering 13/14 for a repeat.

Napoli came from behind to win last time out against Juventus and Monday’s clash can be tipped to follow a similar pattern at 9/1 with BetVictor. Both teams often get much of their goals after the break and can be backed to score in the second half at 23/10 with betfair.

This Serie A match between Udinese and Napoli will be played on Sep 20, 2021 and kick off at 19:45. Check below for our tipsters best Udinese vs Napoli prediction. You may also visit our dedicated betting previews section for the most up to date previews.