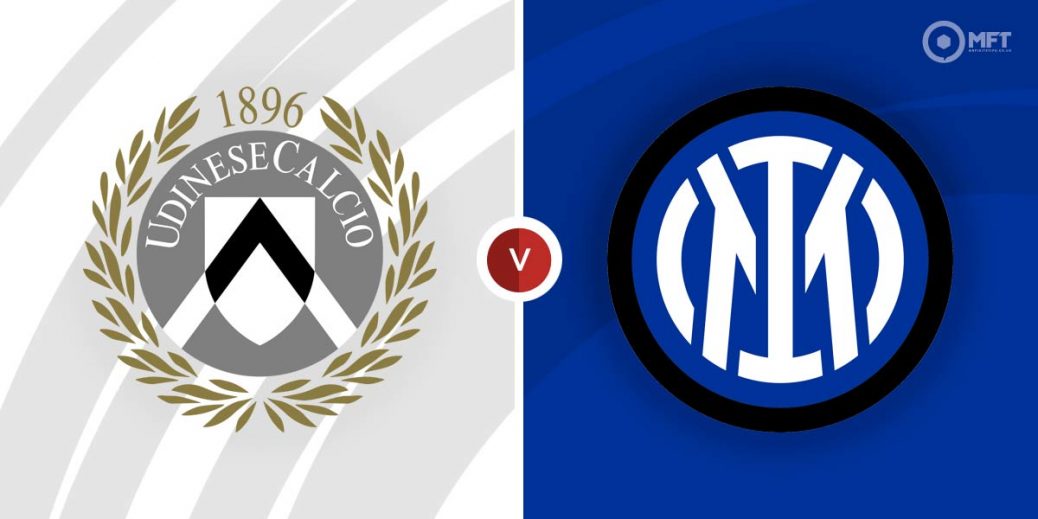 After stumbling at Bologna, Inter Milan will be desperate to get their title push back on track. They travel to Udinese in Serie A on Sunday and while the hosts have the quality to cause problems, Inter Milan have a fine record in this fixture and should edge it.

Other than securing a finish in the top half, Udinese have little to play for at the moment. However, there is no lack of motivation at the Dacia Arena as they have suffered just one defeat in their last six Serie A matches.

Udinese appear earned an impressive 4-0 victory at Fiorentina in their previous Serie A fixture. Pablo Mari and Gerard Deolofeu gave them a two-goal lead at halftime while Walace and Destiny Udogie added late efforts.

While the Dacia Arena is generally a good hunting ground for Udinese, they tend to struggle against the big teams. Gabriele Cioffi’s men have lost to Atalanta and Napoli at home this season while they also suffered a surprise 1-0 defeat to troubled Salernitana in their previous fixture in front of the fans.

Inter Milan are now playing catch-up in the title race after suffering a 2-1 defeat to Bologna in their previous fixture. Goalkeeper Ionut Radu’s howler late on proved a costly one as the champions failed to leapfrog bitter city rivals AC Milan.

Manager Simone Inzaghi would have been left disappointed as that was the long-awaited outstanding fixture that would have taken Inter Milan top of the table. As it stands, the Nerazzurri are two points off the pace and will now look to capitalise on any slip-ups from the leaders.

The good news for Inter Milan is that they are still one of the form teams in Serie A and had claimed four straight wins prior to the defeat at Bologna. They also have a good record on their recent travels and have won two of their last three away matches, including a 1-0 victory at Juventus.

Inter Milan are still considered overwhelming favourites among the bookies and are priced at 7/12 by SBK to claim the win. A victory for Udinese is valued at 11/2 by BetVictor while a draw is set at odds of 16/5 by William Hill.

Inter Milan are unbeaten in the last seven matches against Udinese, claiming five wins in that run. The Nerazzurri have also won the last two meetings and triumphed 2-0 in the reverse fixture back in October.

Gerard Deolofeu will be the one to watch for Udinese after taking his tally to 12 Serie A goals with his effort at Fiorentina. The Spanish forward has also found the net five times in his last eight matches and is priced at 15/4 by bet365 to find the net on Sunday.

Lautaro Martinez has impressed in recent weeks and will be the one to watch for Inter Milan. The Argentine striker has four goals in his last four matches across all competitions and is priced at 5/4 by Sport Nation to get on the score sheet on Sunday.

Udinese and Inter Milan have quality in attack and with neither side convincing at the back, both teams could be backed to score at 10/13 by SBK. Over 2.5 goals can also be considered at 7/10 by Unibet while over 3.5 goals is valued at 18/11 by SBK.

Inter Milan’s minimal odds for a straight victory means a win and over 2.5 goals could be considered at 6/5 with Coral.

This Serie A match between Udinese and Inter Milan will be played on May 1, 2022 and kick off at 17:00. Check below for our tipsters best Udinese vs Inter Milan prediction. You may also visit our dedicated betting previews section for the most up to date previews.