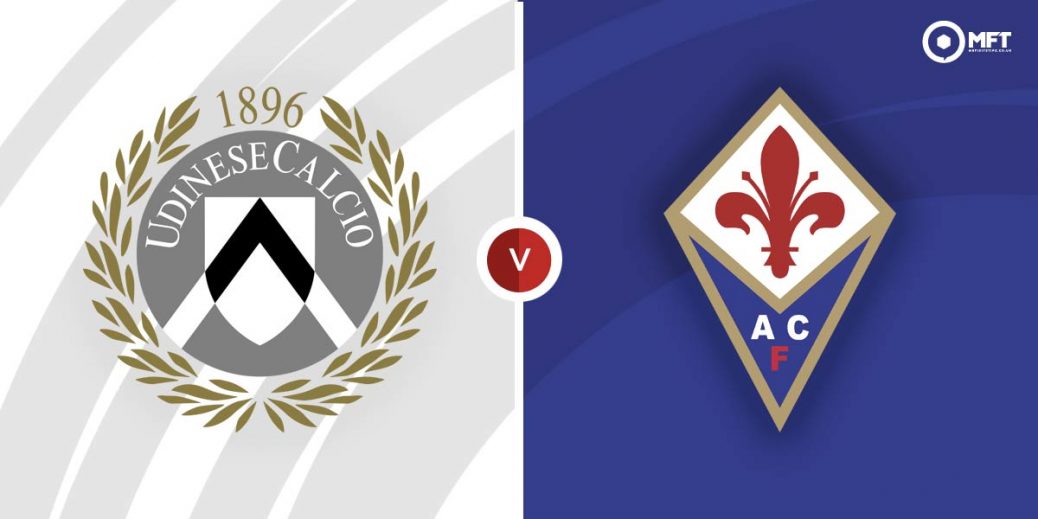 Fiorentina will look to maintain their fine start to the season as they travel to Dacia Arena for an Italian Serie A fixture against Udinese. The hosts have looked off colour in recent weeks and Fiorentina are likely to have the upper hand in this one.

Udinese suffered a 1-0 defeat to Roma in their previous Serie A fixture. They fell behind midway through the first half and despite creating a number of chances to score, could not find a way back into the contest.

After making a strong start to the campaign, things appear to have gone a little pear shaped for Udinese in recent weeks. The defeat to Roma means they have now lost their last two matches having been beaten 4-0 at home by Napoli in their previous home fixture.

Defending appears to be the problem for Udinese lately as they have struggled at the back in recent weeks. Luca Gotti’s men were easily taken apart by the pace and movement of the Napoli attack and are likely to find things difficult against Fiorentina.

Fiorentina are also coming off a home defeat to Inter Milan last time out in Serie A. They took a first half lead through Riccardo Sottil but capitulated after the break and were breached three times as they lost 3-1 to the Champions.

Despite the result, Fiorentina have generally made a fine start to the season and will consider the defeat a minor setback. Manager Vincenzo Italiano will be keen to make a swift return to winning ways having won their previous three matches.

Fiorentina have also looked solid on their recent travels with just one defeat on the road in their last seven matches. They have won both their away matches this season and also claimed a 2-1 victory at Atalanta.

Fiorentina have the edge among the bookies at 13/9 with SBK while a victory for Udinese is valued at 11/5 by the same firm. A draw is set at odds of 88/35 with Vbet.

Fiorentina have a 27-15 advantage with 10 draws from 52 previous matches against Udinese. They are also unbeaten in 10 of the last 11 fixtures but suffered a 1-0 defeat on their last visit to Dacia Arena.

Gerard Deulofeu remains the biggest attacking threat for Udinese and has already scored two goals this season. The Spanish forward is priced at 14/5 by betway to score anytime.

As always, Fiorentina will look to Dusan Vlahovic to provide the spark in attack having scored three goals already this season. The striker is priced at 13/8 by Skybet to find the net on Sunday.

Fiorentina have seen BTTS in all five of their matches this season and that run is likely to continue at 20/27 with MansionBet. All five matches have also produced over 2.5 goals and a repeat could be on the cards at 10/11 with SBK.

Both teams have scored more goals after the break this season, so the second half could be tipped as the highest scoring half at 11/10 with Paddy Power.

This Serie A match between Udinese and Fiorentina will be played on Sep 26, 2021 and kick off at 14:00. Check below for our tipsters best Udinese vs Fiorentina prediction. You may also visit our dedicated betting previews section for the most up to date previews.