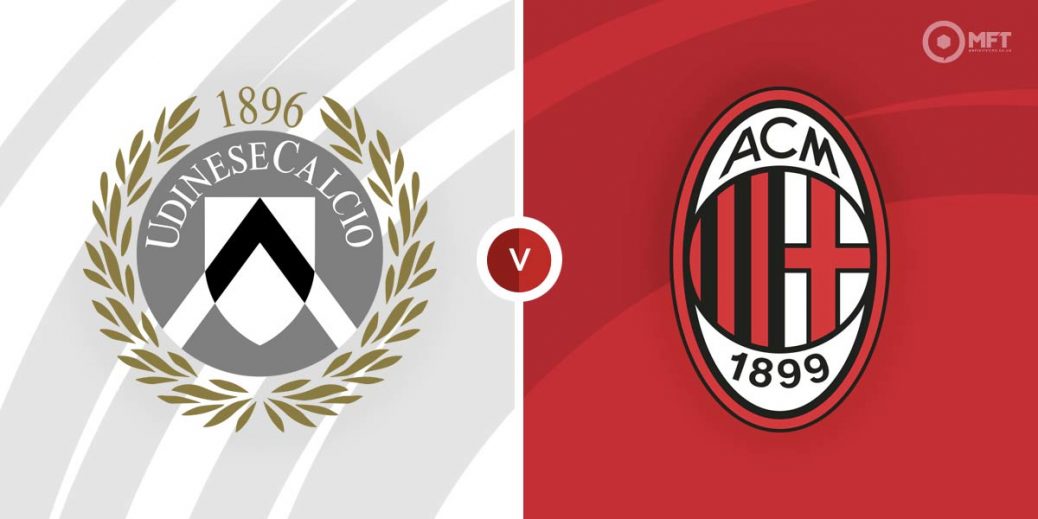 After climbing to the summit of Serie A, AC Milan are set to consolidate their position as they travel to Udinese on Saturday. The hosts have endured a torrid campaign and could be in for a difficult time against the league leaders.

It has been an erratic campaign for Udinese, who are in the bottom half of the table, just six points above the relegation zone. Things appear to be getting steadily worse as they head into Saturday’s clash having claimed just one win from their last 10 matches.

Luca Gotti’s men are coming off a 3-1 defeat at Empoli in their previous Serie A fixture. They led at the break thanks to Gerard Deulofeu’s early effort but failed to press their advantage and conceded three times in the second half.

The manner of the defeat at Empoli points to defensive problems that have plagued Udinese throughout the season. They have thrown away the lead in their last two matches, conceding seven goals in that run.

AC Milan will travel to Udinese feeling hurt after crashing out of the UEFA Champions League in midweek following a 2-1 defeat to Liverpool. It was a disappointing campaign for the former champions as they claimed just one win in six matches and finished bottom of their group.

While the European exit will be disappointing for AC Milan, it could give them the opportunity to focus all their attention on their domestic campaign. Stefano Pioli’s men are a point clear at the top of Serie A table following a 2-0 victory over Salernitana last time out.

AC Milan have surprisingly done their best work on their travels this season with just one defeat in eight away matches in Serie A. They have claimed six wins in that run, including a 3-0 victory over Genoa in their previous fixture on the road.

AC Milan are favourites among the bookies at 10/11 with William Hill while a victory for Udinese is priced at 10/3 by BetVictor. MansionBet is offering odds of 27/10 for a draw.

AC Milan have the upper hand in this fixture and are unbeaten in the last eight matches against Udinese. The Rossoneri claimed a 2-1 victory on their last visit to the Dacia Arena.

Beto continues to be the shining light for Udinese this season and has scored three goals in his last five matches. Sporting Index has the Portuguese forward at odds of 14/5 to score anytime on Saturday.

Zlatan Ibrahimovic continues to roll back the years for AC Milan and heads to Udinese with five goals in his last four away matches. The Swedish striker is priced at 13/10 by Betfred to get on the score sheet.

There has been BTTS in three of the last four meetings between Udinese and AC Milan and a similar outcome is priced at 11/13 with SBK. Over 2.5 goals can also be considered at 10/11 with bet365 while BetVictor is offering 13/5 for over 3.5 goals.

AC Milan have scored in both halves in four of their last five away matches in Serie A and a repeat could be on the cards at 2/1 with Skybet.

This Serie A match between Udinese and AC Milan will be played on Dec 11, 2021 and kick off at 19:45. Check below for our tipsters best Udinese vs AC Milan prediction. You may also visit our dedicated betting previews section for the most up to date previews.