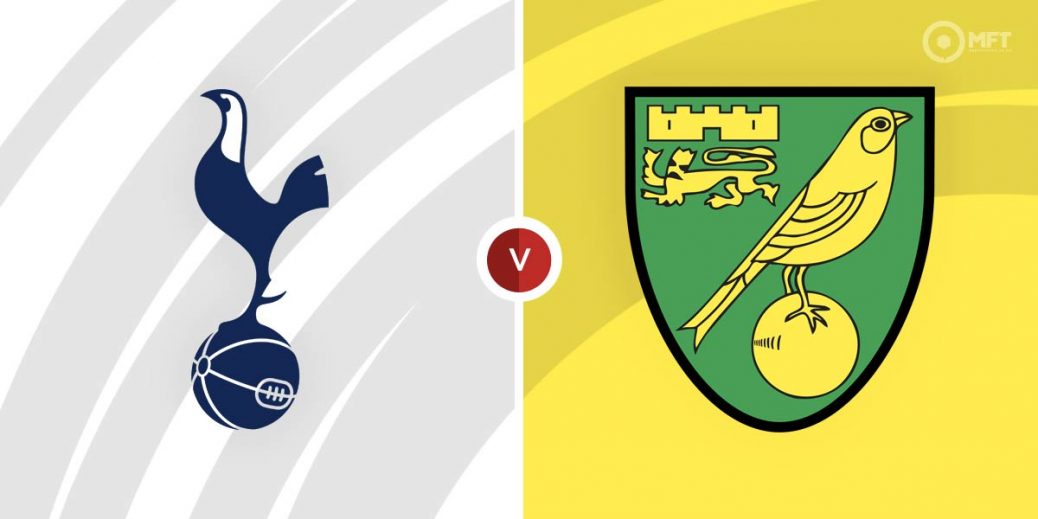 Tottenham Hotspur have the chance to claim a third straight English Premier League victory as they host Norwich City on Sunday. Norwich have shown some fight in recent weeks but Spurs have looked good lately and should have the upper hand here.

Tottenham Hotspur are still trying to build some momentum under their new manager but have shown plenty of improvement in recent weeks. Antonio Conte has led the team to sixth on the table, just two points behind West Ham in fourth.

Spurs head into Sunday’s clash off the back of a 2-0 victory over Brentford in their midweek fixture with Son Heung-Min among the goals. That was the second straight win for the London club, who also beat Leeds United 2-1 in their previous outing.

Home form has been pivotal for Tottenham in recent weeks. The North London club have claimed five wins from their last six matches in front of their fans.

Norwich are also feeling the new manager bounce and have looked a different side since Dean Smith took charge. They are in good form and travel to Tottenham unbeaten in their last four Premier League matches.

Survival does nor appear so far fetched for Norwich, who have finally climbed off the foot of the table and are now just three points from safety. They played out a 1-1 draw at Newcastle United in their previous fixture with Teemu Pukki’s equaliser earning them a share of the spoils.

Norwich City are still unconvincing on their travels and have won just once in seven away matches this season. Some of their heaviest defeats have come on the road, including a 5-0 loss to Manchester City while they were also beaten 7-0 by Chelsea.

Tottenham Hotspur are overwhelming favourites among the bookies at 3/7 with SBK, who are also offering odds of 8/1 for an unlikely Norwich City victory. A draw is priced at 4/1 with bet365.

Tottenham Hotspur have a 22-15 advantage with 15 draws from 52 previous matches against Norwich City. Spurs claimed a 2-1 victory in the last Premier League meeting between both teams back in 2020.

Son Heung-Min ended a four-match goal drought with his effort last time out against Brentford and could be worth keeping an eye on for Tottenham. The South Korean forward was also on target the last time Spurs hosted Norwich in the Premier League and is priced at 11/8 by bet365 to score anytime.

Teemu Pukki carries the biggest goal threat for Norwich City and was on target last time out against Newcastle United. Bet365 has the striker at odds of 10/3 in the anytime goalscorer market.

Tottenham Hotspur and Norwich City have produced BTTS in their last three meetings and could be set for a repeat at 8/7 with Vbet. Over 2.5 goals can also be considered at 22/23 with MansionBet.

Spurs can be tipped to earn a win and over 2.5 goals at 6/5 with BoyleSports.