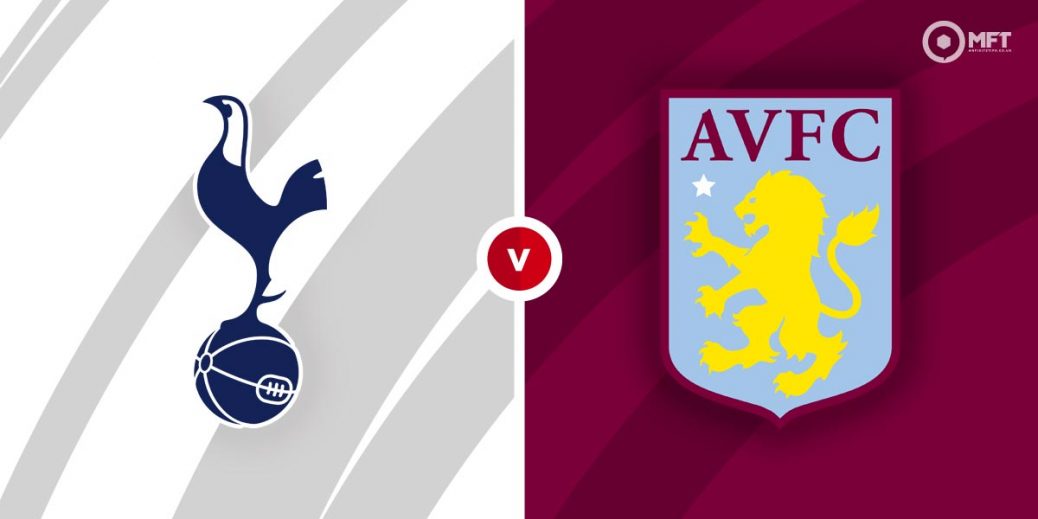 Tottenham Hotspur welcome Aston Villa to the Tottenham Hotspur Stadium for an English Premier League clash. Spurs have looked solid at home lately and can go a long way to sealing qualification for the Europa League with a win over Villa.

Harry Kane opened the scoring as Tottenham Hotspur claimed a 2-0 victory over Wolverhampton Wanderers last time out in the Premier League. The striker was on target on the stroke of halftime while Pierre Emile-Hojbjerg added the second after the break.

Manager Ryan Mason appears to be guiding the team to a solid end to the campaign having won three of their last four matches. Sixth place Spurs have their Europa League destinies in their own hands and have to win their final two matches to secure a return to the continent.

Spurs head into Wednesday’s match with six wins from their last seven matches at the Tottenham Hotspur Stadium. However, they often appear shaky at the back and have conceded in six of their last eight Premier League matches.

Aston Villa twice threw away leads as they were beaten 3-2 at Crystal Palace in their previous Premier League fixture. First half efforts from John McGinn and Anwar El-Ghazi were cancelled out before they conceded the winner six minutes from time.

After an impressive start to the season, Villa appear to be struggling lately. They have claimed just one win in their last seven matches and look set to finish in the bottom half of the table.

Things are even worse on the road for Dean Smith’s men who have just one win from their last five away matches. They lost 2-1 to Liverpool in that run and also suffered a 1-0 defeat at relegated Sheffield United.

Tottenham Hotspur go into Wednesday’s match as favourites among the bookies with Unibet offering 8/15 for a home win. A victory for Aston Villa is set at odds of 26/5 by SBK while Unibet has a draw at 19/5.

While Spurs are likely to concede, their recent home record and Harry Kane’s form in front of goal should give them the edge against Villa.

Tottenham Hotspur have the upper hand in this fixture with 66 wins from 147 previous matches. Aston Villa have been victorious 49 times while both teams have battled to 32 draws.

Spurs have won the last six meetings, including a 2-0 victory in the reverse fixture at Villa Park with Harry Kane scoring the second goal.

Striker Harry Kane is battling Liverpool’s Mohamed Salah for the golden boot and has scored 22 goals this season. He has also found the net eight times in his last 10 matches and is priced at 5/6 by Skybet to score anytime while the first goal is set at odds of 3/1 by Unibet.

Ollie Watkins is the leading scorer for Aston Villa this season with 13 goals and could be worth keeping an eye on. The striker is priced at 11/4 by betfair to score anytime while the first goal is valued at 9/1 by Paddy Power.

Tottenham Hotspur and Aston Villa have quality in attack and are likely to serve up goals on Wednesday. Over 3.5 goals is priced at 14/9 by SBK, over 2.5 goals is valued at 6/10 with William Hill while Sport Nation is offering 13/17 on both teams to score.

A Tottenham win and over 2.5 goals could be worth a punt at 11/10 with bet365 while Spurs could also be backed to score in both halves at 13/10 with William Hill.

This English Premier League match between Tottenham Hotspur and Aston Villa will be played on May 19, 2021 and kick off at 18:00. Check below for our tipsters best Tottenham Hotspur vs Aston Villa prediction. You may also visit our dedicated betting previews section for the most up to date previews.