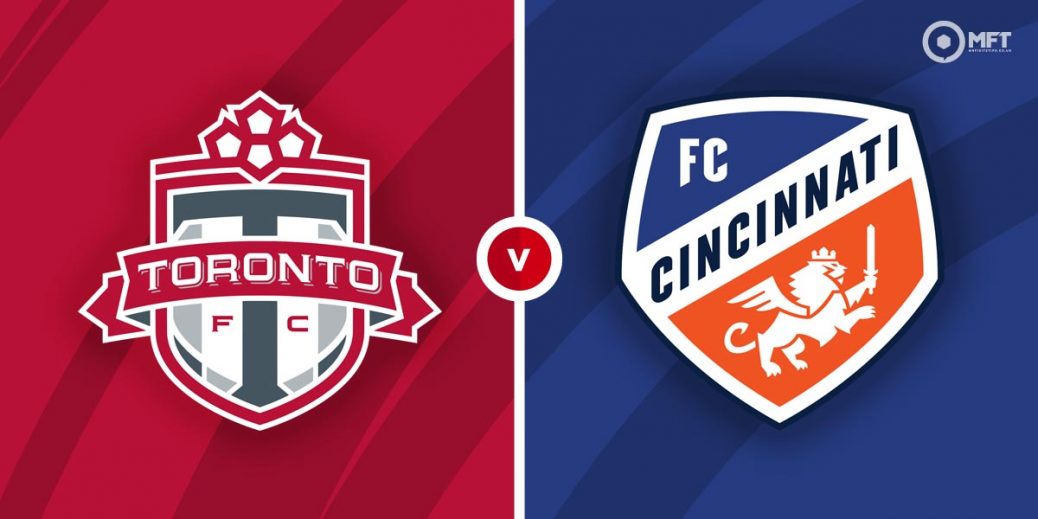 Toronto FC host FC Cincinnati in an MLS fixture at the Exploria Stadium with both teams seeking a turnaround in fortunes. Toronto have a good record in this fixture but Cincinnati have shown some improvement in recent weeks and can earn a draw.

Toronto FC are coming off a 3-2 victory at Nashville in their previous MLS fixture. They took the lead twice through Jonathan Osorio and Patrick Mullins but were pegged back both times before conceding the winner late on.

It has been a disappointing campaign for the Reds, who have claimed just one win this season, a 2-0 home victory over champions Columbus Crew. Sitting second from bottom in the Eastern Conference, Chris Armas' men need to put together a good run if they hope to shoot up the table.

Toronto's form has been slightly better at the Exploria Stadium, where they are unbeaten in two of their last three matches. Their defending remains a problem though, with eight goals conceded in their last three MLS matches.

Cincinnati were victorious last time out in the MLS with a 1-0 win over Chicago Fire. They were the better side and could have won by more but in the end had to settle for Alvaro Barreal's free-kick five minutes after the restart.

Jaap Stam’s men have spent much of the season rooted to the bottom of the Eastern Conference but are beginning to show signs of life in recent weeks. The win over Cincinnati took them off the foot of the table as they now sit in 12th place.

Cincinnati have surprisingly been better on the road in recent weeks and travel to the Exploria Stadium with consecutive away wins. However, improvements are still needed in defence having kept just one clean sheet this season.

The bookies have Toronto as favourites with a home win priced at 4/7 with BoyleSport. A victory for Cincinnati is valued at 5/1 with bet365 while a draw is set at odds of 7/2 with betfair.

Toronto will be banking on their solid record in this fixture but given their recent struggles and with Cincinnati ‘s fine form on the road, a draw looks to be on the cards here.

Toronto have won all three previous matches against Cincinnati with the most recent meeting ending 1-0.

Jozy Altidore and Ayo Akinola often feature in attack for Toronto and will be the ones to watch on Sunday. Altidore is priced at 21/20 by bet365 to score anytime while Akinola is valued at 6/5 with Vbet in the same market.

Much of Cincinnati’s goals have come from midfield with Alvaro Barreal their top scorer with two goals. Following his free-kick last time out, the midfielder could be worth a punt to score anytime at 15/4 by bet365.

Toronto saw over 4.5 goals in their previous fixture and a similar outcome is valued at 19/5 with Paddy Power. Over 3.5 goals is priced at 13/8 by betfair, over 2.5 goals is set at odds of 6/10 with William Hill while betway is offering 8/11 on both teams to score.

Goals are also likely to be scored in both halves at 8/13 with William Hill.

This MLS match between Toronto FC and FC Cincinnati will be played on Jun 27, 2021 and kick off at 00:00. Check below for our tipsters best Toronto FC vs FC Cincinnati prediction. You may also visit our dedicated betting previews section for the most up to date previews.