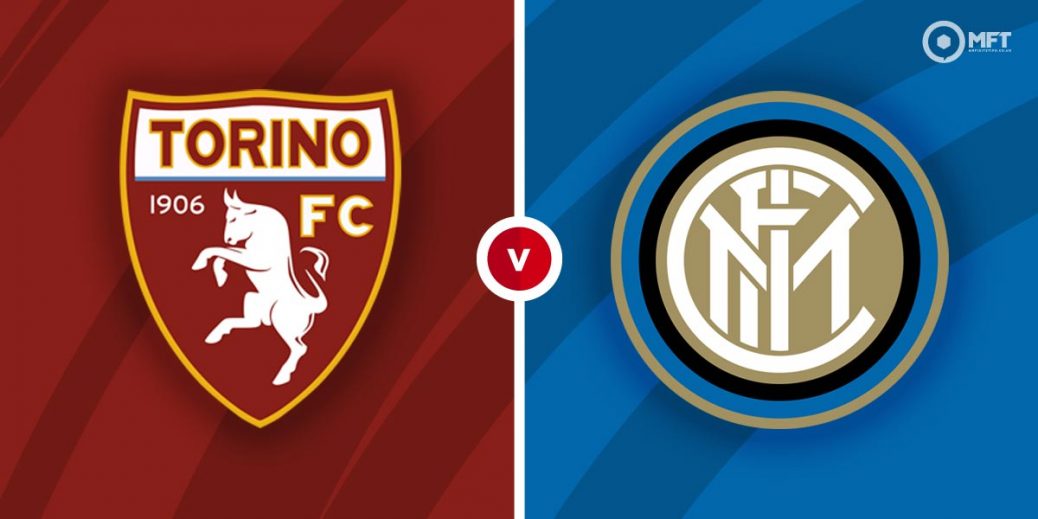 Two teams with contrasting fortunes square off as Torino host Italian Serie A leaders Inter Milan in a Serie A fixture at the Stadio Olimpico Grande Torino. Inter are looking to consolidate their lead at the top of the table while Torino are hoping for a positive result to boost their survival chances.

Inter Milan earned a 1-0 victory over Atalanta in their previous Serie A fixture. A second half effort from defender Milan Skrinniar was enough to earn them all three points.

Antonio Conte’s men appear to have hit their stride in recent weeks with the win over Atalanta their fifth in a row. Among their results in that run is a 3-0 victory over Lazio while they also beat title rivals AC Milan 3-0.

Inter Milan have been just as solid at the back as they are exciting going forward with just one goal conceded in their last four matches. Their recent good form has propelled the Nerazzurri to the top of the table as they hold six-point lead over their closest challengers.

Torino were disappointing in their previous Serie A fixture as they suffered a 4-2 defeat at bottom side Crotone. Goals in each half from Roland Mandragora and Antonio Sanabria were not enough as they were let down by poor defending.

It was the first defeat under new manager Davide Nicola but they are still with just one win in their last nine Serie A matches and remain deep in relegation trouble. The Turin club also boast a poor home record as they are still seeking their first win at the Stadio Olimpico Grande Torino this season.

Torino have had a turbulent time in the last two weeks following a COVID-19 outbreak which led to the closure of their training ground. The outbreak also means that as many as eight first team players – including Andrea Belotti – are now self-isolating, leaving the troubled team depleted.

Inter Milan are favourites among the bookies with novibet backing the Nerazzurri at odds of 11/25. Torino are outsiders at home at 8/1 with BetVictor while a draw is valued at 19/5 by Skybet.

With Torino looking out of sorts at the moment, an Inter Milan win looks to be on the cards.

Inter Milan have the advantage in this fixture with 20 wins from 35 previous matches. Torino have been victorious just five times while there have been 10 draws between both teams.

The Nerazzurri have won the last three meetings, including a 4-2 victory in the reverse fixture back in November.

With striker Andrea Belotti likely to miss Sunday’s match, Torino will look to Antonio Sanabria to provide the spark in attack after scoring on his first start for the club. Bet365 has the striker at 12/5 in the anytime goalscorer market while the first goal is valued at 8/1 by Vbet.

Inter Milan will once again look to the double pivot of Lautaro Martinez and Romelu Lukaku to provide the spark in attack. Lukaku is valued at 4/6 to score anytime while Martinez is at evens with bet365 in the same market.

It might also be worth keeping an eye on Alexis Sanchez, who has scored three goals in his last three appearances. He could be worth a punt in the anytime goalscorer market at 7/5 with bet365.

With Inter Milan not conceding in three of their last four matches and Torino likely to be without Andrea Belotti, the Nerazzurri could be backed to keep a clean sheet at 29/25 with Sporting Index. The visitors could also be worth a punt to earn a win to nil at 7/5 with sporting Index while a -1 handicap is valued at 23/20 by novibet.

Inter Milan’s attacking prowess means a punt in the goals market could be considered. Skybet are offering 6/4 on the Nerazzurri to score three or more goals.

This Serie A match between Torino and Inter Milan will be played on Mar 14, 2021 and kick off at 14:00. Check below for our tipsters best Torino vs Inter Milan prediction. You may also visit our dedicated betting previews section for the most up to date previews.