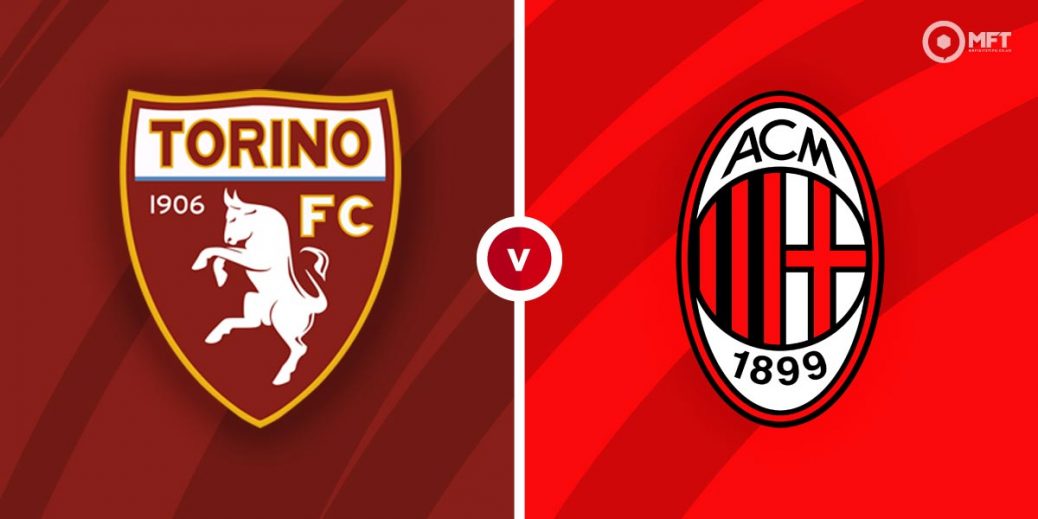 AC Milan will hope to build on their impressive win against Juventus as they travel to the Stadio Olimpico Grande Torino for an Italian Serie A clash against Torino. While the Turin club can be dangerous opponents, particularly at home, Milan will take confidence from their win on Sunday and should have the edge here.

Escaping relegation is the target for Torino at the moment as they appear to be picking up vital points in recent weeks. They earned a 1-1 draw at Hellas Verona last time out in Serie A with Megrim Vojvoda getting their goal five minutes from time.

The Turin club are four points clear of the bottom three after suffering just one defeat in their last seven Serie A matches. They have also looked solid at the Stadio Olimpico Grande Torino in recent weeks and are unbeaten in four of their last five matches.

One of the problems for Davide Nicola’s men is they often struggle against the big teams in Serie A. Among their recent results at home is a 2-1 defeat against Inter Milan while they were also beaten 2-0 by Napoli.

Having already won in Turin on Sunday, AC Milan will be feeling confident heading into Wednesday’s match. Goals from Brahim Diaz, Ante Rebic and Fikayo Tomori earned them a comfortable 3-0 victory over Juventus last time out in Serie A.

The Rossoneri looked to be fading a few weeks ago as a string of poor results saw them relinquish top spot and slip briefly out of the UEFA Champions League places. However, they appear to be picking up the pace in recent weeks with four wins from their last six matches moving them to third on the table, two points above fifth place Juventus.

AC Milan are considered favourites among the bookies with Unibet offering 10/11 for an away win. A victory for Torino is priced at 31/10 by BetVictor while a draw is set at odds of 31/10 by betfair.

Given their impressive showing on the road in recent weeks, I am leaning towards AC Milan to claim the win here.

AC Milan have a 20-3 advantage from 39 previous matches against Torino. There have been 16 draws between both teams while the Rossoneri claimed a 2-0 victory in the reverse fixture back in January.

Fikayo Tomori and Simon Kjaer have formed a solid central defensive partnership for AC Milan, helping the team to clean sheets in their last two matches. They will be hopeful of shutting out Antonio Sanabria and Andrea Belotti up front for Torino with another clean sheet priced at 2/1 with SpreadEX.

At the other end of the pitch forward Ante Rebic has impressed for Milan and is priced at 19/10 to score anytime. Zlatan Ibrahimovic is in the middle of a drought but remains the top scorer for Milan with 15 goals and could be worth a punt in the same market at 21/20 with Skybet.

With AC Milan scoring five goals and conceding none in their last two away matches, a -1 handicap bet could be considered at 12/5 with BetVictor. The Rossoneri could be backed to score in both halves at 7/4 with William Hill.

Having led at the break in four of their last six away matches, AC Milan could be backed to earn a halftime win at 6/4 with William Hill.

This Serie A match between Torino and AC Milan will be played on May 12, 2021 and kick off at 19:45. Check below for our tipsters best Torino vs AC Milan prediction. You may also visit our dedicated betting previews section for the most up to date previews.