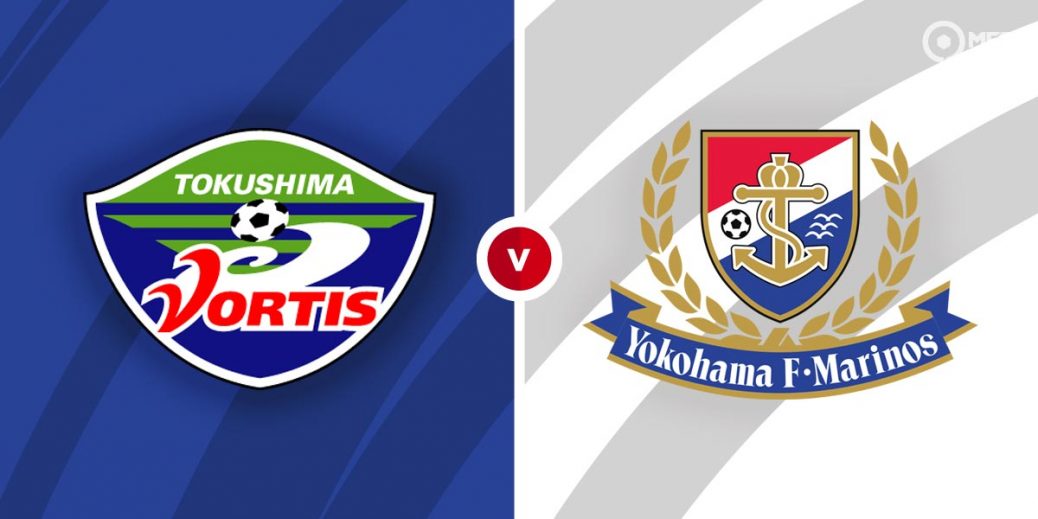 Yokohama FM will look to continue their recent good form as they travel to the Pocari Sweat Stadium for a J1-League clash against Tokushima Vortis. Closing the gap on leaders Kawasaki Frontale remains the target for Yokohama and they are expected to ease past the struggling hosts.

Tokushima Vortis are coming off a 1-0 home defeat against Tokyo FC in their previous J1-League fixture. They fell behind early in the first half and struggled to create clear cut openings, finishing with just one attempt on target.

Vortis have been on a steady decline in recent weeks and are winless in their last four J1-League matches. That poor run has seen Daniel Algaba's men slip to 14th on the standings, just five points above the relegation zone.

Tokushima have also found things difficult at home as they are winless in their last five matches at the Pocari Sweat Stadium. Goals have also been a problem lately having failed to score in two of their last three home matches.

Yokohama FM were victorious in their last J1-League fixture as they knocked off Sagan Tosu 2-0. Following a frustrating first half, they came to life after the break with Marcos Junior and Takuya Wada getting the goals.

The task for Yokohama is to close the gap on Kawasaki Frontale as they sit second on the table, 18 points behind the runaway leaders, who have played four games more. Hideki Matsunaga’s men appear to be up to the task having won their last three J1-League matches, keeping two clean sheets in that run.

Yokohama have maintained a fine record on the road in recent weeks with three wins from their last four away matches. A 3-0 victory over in-form Tokyo FC underlines how solid they have been on their recent travels.

The bookies have Yokohama FM as overwhelming favourites with an away win valued at 19/25 by novibet. Tokushima Vortis are outsiders at home at 7/2 with Skybet while a draw is set at odds of 16/5 by bet365.

Yokohama’s form on the road gives them the edge and I am leaning towards an away win here.

Yokohama FM have never lost to Tokushima Vortis, winning all three previous matches. They have also never conceded a goal in this fixture and claimed a 1-0 victory in the last meeting back in March.

Yokohama have never conceded a goal against Tokushima Vortis, a record they will be keen to maintain. Thiago Martins and Shinnosuke Hatanaka often feature at centre-back and will be confident of keeping a clean sheet at 9/5 with betfair.

At the other end of the pitch, Yokohama will look to Ado Onaiwu and Daizen Maeda to provide the spark. Both men have combined for 19 goals this season and can ensure the visitors score over 1.5 goals at 4/6 with BoyleSport.

Given Yokohama’s solid defensive record against Tokushima Vortis, they could be backed to earn a win to nil at 23/10 with betfair. A -1 handicap bet could also be considered at 2/1 with Paddy Power.

Tokushima Vortis could also be tipped not to score at 7/4 with William Hill.

This Japan J1 League match between Tokushima Vortis and Yokohama FM will be played on Jun 27, 2021 and kick off at 10:00. Check below for our tipsters best Tokushima Vortis vs Yokohama FM prediction. You may also visit our dedicated betting previews section for the most up to date previews.