The New Saints vs Glentoran Prediction and Betting Tips 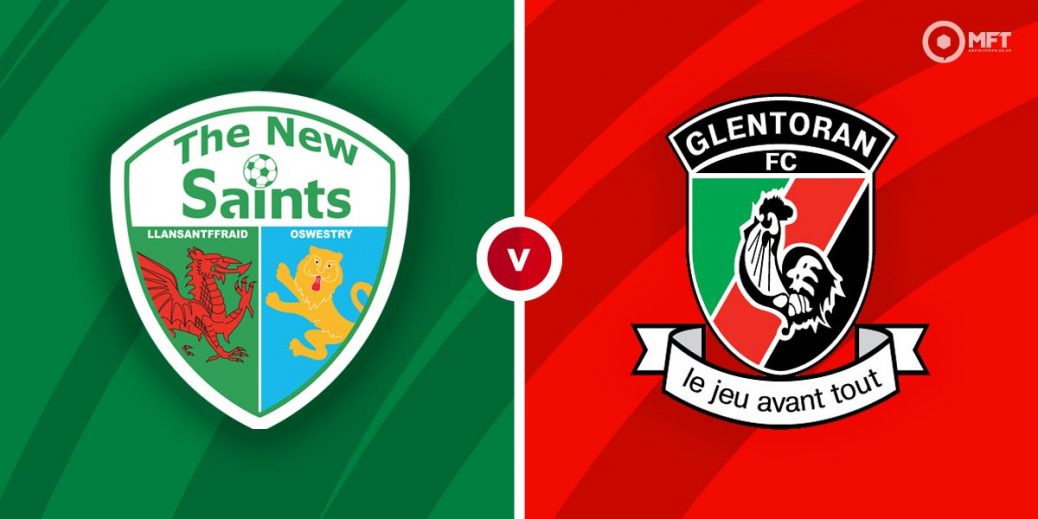 The New Saints vs Glentoran

The New Saints host Glentoran in the second leg of their UEFA Conference League qualifying clash at Park Hall Stadium with the tie perfectly poised at 1-1. Another closely fought encounter is predicted on Thursday, but The New Saints have some experience in European competition and should have the edge at home.

The New Saints threw away the lead in the first leg as they battled to a 1-1 draw. They struck early in the first half through Leo Smith and looked on course to claim the win before conceding the equaliser eight minutes from time.

The Welsh team have some experience in European competition having fallen at the final qualifying hurdle for the Europa League in two of the last three seasons. They have a new manager at the helm in Anthony Limbrick and the Australian will be hoping to go one better this time around.

The New Saints have been in good form with just one defeat in their last eight matches. They have been impressive at home and have won their last two matches at Park Hall Stadium.

Glentoran showed great character in the first leg as they fought back from a goal down to claim a 1-1 draw. They made a slow start and conceded early in the contest before Jamie McDonagh got the equaliser late in the second half.

While Glentoran remain one of the biggest teams in Northern Ireland, they have struggled to make the step up in class in European competition. They have never made it beyond the preliminary stage in all their appearances in Europe.

Another problem for manager Mick McDermott is their record away from their homeland as they often fail to win whenever they travel outside Northern Ireland. While they are likely to find the net against The New Saints, the Welsh team remain favourites to claim the win.

The New Saints are considered favourites among the bookies with a home win priced at 4/5 by bet365. The same firm has a victory for Glentoran at odds of 3/1 while also offering 12/5 for a draw.

The New Saints have European experience and given their recent record at Park Hall Stadium, I am leaning towards a home win.

The New Saints have never lost to Glentoran, claiming a 3-1 victory in a friendly in 2015 before last week’s 1-1 first leg draw.

Striker Adrian Cieslewicz could be the one to watch for The New Saints having scored twice in his last three appearances. With Leo Smith also contributing goals from midfield, the hosts can be tipped to score over 1.5 goals at 10/11 with Vbet.

Glentoran often spread their goals across the team with striker Ben Cushnie and midfielders Jamie McDonagh and Conor McMenamin all on target lately. All three men can combine to help the Northern Irish team score over 1.5 goals at 12/5 with Vbet.

This match between The New Saints and Glentoran will be played on Jul 15, 2021 and kick off at 18:15. Check below for our tipsters best The New Saints vs Glentoran prediction. You may also visit our dedicated betting previews section for the most up to date previews.