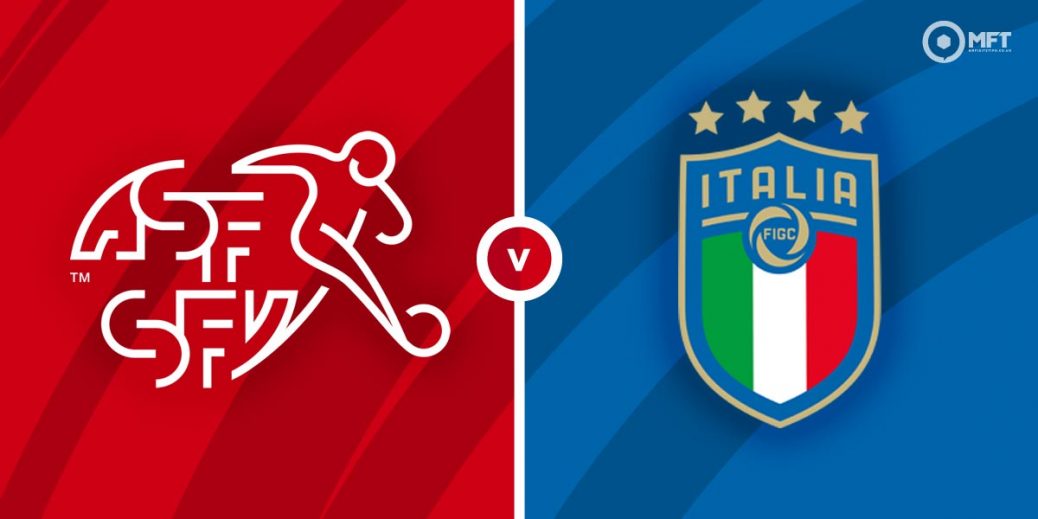 Switzerland will look to avenge their Euro 2020 loss to Italy when they faceoff in a 2022 World Cup qualifying clash at St Jakob-Park. It was a comfortable victory for the Italians on their way to clinching the European title but the Swiss are likely put up a better fight at home and can hold the Azzurri to a draw.

Switzerland head into Sunday’s clash off the back of a 2-1 victory over Greece in an International friendly. An early effort from Steven Zuber was cancelled out by the Greeks before Ruben Vargas netted the winner just after the restart.

The Swiss have made a fine start to the qualifiers, claiming a 3-1 victory over Bulgaria before seeing off Lithuania 1-0 in their previous fixture. They are still playing catch-up to the Italians but crucially have two matches in hand.

Vladimir Petkovic’s side were one of the more impressive sides at Euro 2020 and appear to have carried on that form. They are unbeaten in their last four matches across all competitions but have struggled to keep things tight at the back having conceded in their last seven fixtures.

Italy’s first fixture since winning Euro 2020 did not go as planned as they were held to a disappointing 1-1 draw at home by Bulgaria. They looked set for a comfortable victory following Federico Chiesa's early opener but struggled to put their chances away and allowed the Bulgarians back into the contest.

There may be concerns that Italy’s recent dominance might be waning slightly as the result against Bulgaria means they have now played out regulation time draws in their last three matches. The problem appears to be a slight vulnerability at the back as they are without a clean sheet in their last five matches across all competitions.

The bookies have Italy as favourites with an away win valued at 21/20 by Red Zone. Betfair is offering 16/5 for a Switzerland victory while a draw is set at odds of 13/5 with Unibet.

Italy often come out on top in this fixture with 10 wins from 21 previous matches. Switzerland have claimed just three victories while there have been eight draws between both teams, including the last three meetings hosted by the Swiss.

Both teams met during the group stage of Euro 2020 with Italy running out 3-0 winners.

Switzerland have multiple attacking threats with Haris Seferovic and Steven Zuber among the goals in recent times. Unibet has Seferovic at 14/5 to score anytime while Sporting Index is offering 24/5 on Zuber in the same market.

Federico Chiesa was one of the stars of Euro 2020 and appears to be maintaining that form following his goal against Bulgaria. The Juventus winger is priced at 5/2 with Sporting Index to score anytime while striker Ciro Immobile could also be worth keeping an eye on in the same market at 9/5 with Unibet.

The first half could also be tipped as the highest scoring half at 23/10 with Paddy Power.

This World Cup match between Switzerland and Italy will be played on Sep 5, 2021 and kick off at 19:45. Check below for our tipsters best Switzerland vs Italy prediction. You may also visit our dedicated betting previews section for the most up to date previews.