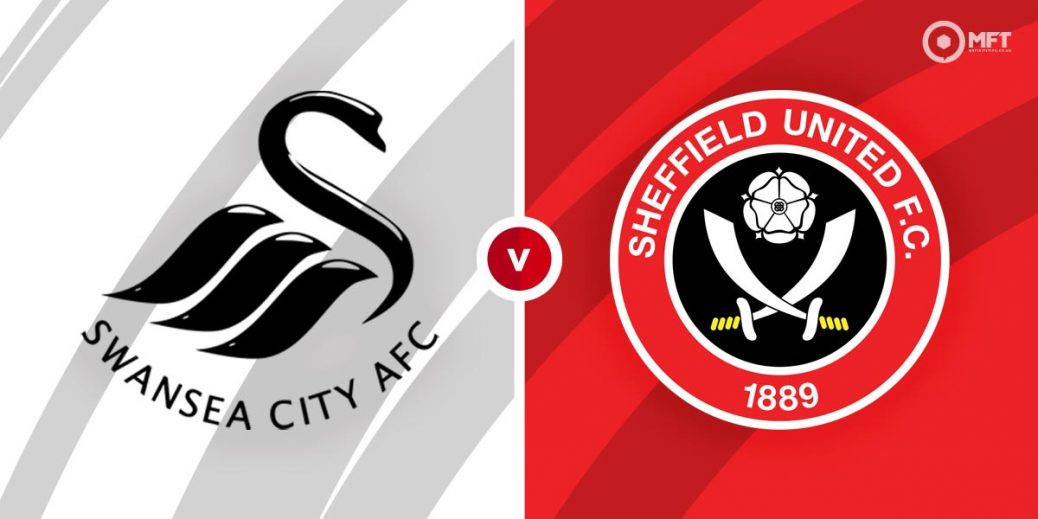 SWANSEA CITY entertain Sheffield United at the Liberty Stadium on Saturday night with both sides hoping to recover from disappointing starts to their league season.

The hosts lost at Blackburn Rovers on the opening day of the English Championship and the Blades' first game since their return to the second tier saw them surprisingly lose 1-0 at home to Birmingham City.

However, both sides regained some of that lost confidence with decent League Cup wins in midweek where Swansea chalked up their first win under new boss, former Rangers and Scotland defender Russell Martin, with a 3-0 win at Reading.

And Sheffield United eased past League Two outfit Carlisle United with a 1-0 win in Yorkshire to give fellow new manager Slavisa Jokanovic his first success.

Both sides were among the bookies favourites to go up and neither will want their season starting with two league losses, so it could be a cagey affair in Wales.

Swansea City are 2/1 outsiders with Tonybet despite having home advantage. United can be backed at 19/12 with SBK while the draw is available at 11/5 with bet365.

The sides last met three years ago when both were in the Championship too. Actually, it was current Blades striker Oli McBurnie who netted the only goal of the game in a 1-0 win as seen below.

Swansea have won the last three meetings between the teams.

Jamie Paterson netted on his Swans' debut last week and the former Bristol City striker should be a danger this season. He's an attractive 4/1 to score on Saturday against United with Unibet.

Oli McBurnie is an intriguing sideshow here. The huge Swansea City fan regularly travels to watch them and even landed himself in hot water with the FA after being caught on camera gesticulating to Cardiff City fans at a game recently, but has insisted he won't be going easy against his former club. The Scotland international is 11/5 with bet365 to score anytime.

Swansea do seem slightly overpriced for this game against a Sheffield United team still to find their feet under their new management team and trying to forget that car crash of a Premier League campaign last term where their fate was secured very early on.

It looks unlikely to be much of a goalfest either and it could be worth going for a big-priced punt at 9/2 with bet365 on a Swansea win and under 2.5 goals.

Both sides seem to like to be involved in meaty encounters – Swansea's two games have seen ten bookings and United's two games have also seen a combined ten cards, so keep an eye for the bookings market once they appear.

This English Championship match between Swansea City and Sheffield United will be played on Aug 14, 2021 and kick off at 20:00. Check below for our tipsters best Swansea City vs Sheffield United prediction. You may also visit our dedicated betting previews section for the most up to date previews.