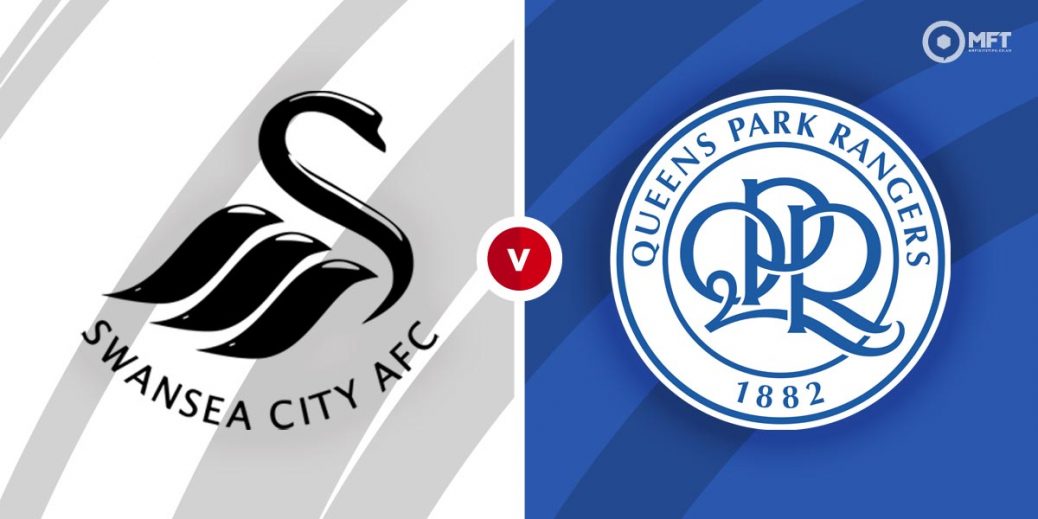 Swansea continue their quest for promotion as they host QPR in an English Championship fixture at the Liberty Stadium. The visitors have the quality to make things difficult on Tuesday but the Welsh side are still expected to have the edge in a tight contest.

The Swans will be disappointed in their previous Championship as they were held to a 2-2 draw by basement boys Wycombe. They came back from two goals down with late efforts from Jamal Lowe and Liam Cullen earning them a share of the spoils.

The result means Steve Cooper’s men are now unbeaten in three matches as they look make a late push for automatic promotion. They still maintain slim hopes of catching second place Watford with the draw cutting the gap to six points with four matches remaining.

Swansea will be keen to get back to winning ways with a 3-0 victory at Millwall and a 2-0 triumph over Sheffield Wednesday preceding the draw against Wycombe. The problem with the Welsh team is their failure to keep a clean sheet in their last five matches.

QPR travel to the Liberty Stadium off the back of a 2-1 victory over Middlesbrough last time out in the Championship. They made a bright start with early goals from Robert Dickie and Lee Wallace putting them in control of the match before Boro pulled one back.

The Hoops' season appears to be heading towards an unremarkable mid-table finish with very little to play for at the moment. They are already safe for the season and also well off the pace in the race for the playoffs.

Mark Warburton’s men have struggled on the road with just one win from their last four away matches. Among their results in that run are back-to-back 3-1 defeats to Nottingham Forest and relegation threatened Rotherham United.

Swansea are considered favourites among the bookies with a home win priced at 10/11 by bet365. Skybet is offering 7/2 for a victory for QPR while a draw is set at odds of 5/2 by betway.

Given QPR’s struggles on the road in recent weeks, I am tempted to lean towards a victory for Swansea.

Swansea have a 7-6 edge from 19 matches against QPR while there have been six draws between both teams. The Swans earned a 2-0 victory in the reverse fixture back in December with Andre Ayew and Jamal Lowe getting the goals.

Jamal Lowe has been the man in form for Swansea lately with four goals in his last three appearances. He was also on target in the reverse fixture against QPR and is valued at 8/5 by Unibet to score anytime.

Lyndon Dykes remains the top scorer for QPR with 10 goals this season and the forward is priced at 17/5 by SBK to score anytime. Fellow striker Charlie Austin has six goals since joining in January and could be worth a punt in the same market at 16/5 Paddy Power.

Swansea saw over 3.5 goals in their last fixture and a similar outcome is priced at 10/3 by Skybet. Over 2.5 goals is valued at 6/5 by Skybet while Sport Nation is offering 21/20 on both teams to score.

It might be worth a punt backing goals in both halves at evens with William Hill while the second half could be picked as the highest scoring half at 6/5 with Sport Nation.

This English Championship match between Swansea City and QPR will be played on Apr 20, 2021 and kick off at 19:00. Check below for our tipsters best Swansea City vs QPR prediction. You may also visit our dedicated betting previews section for the most up to date previews.