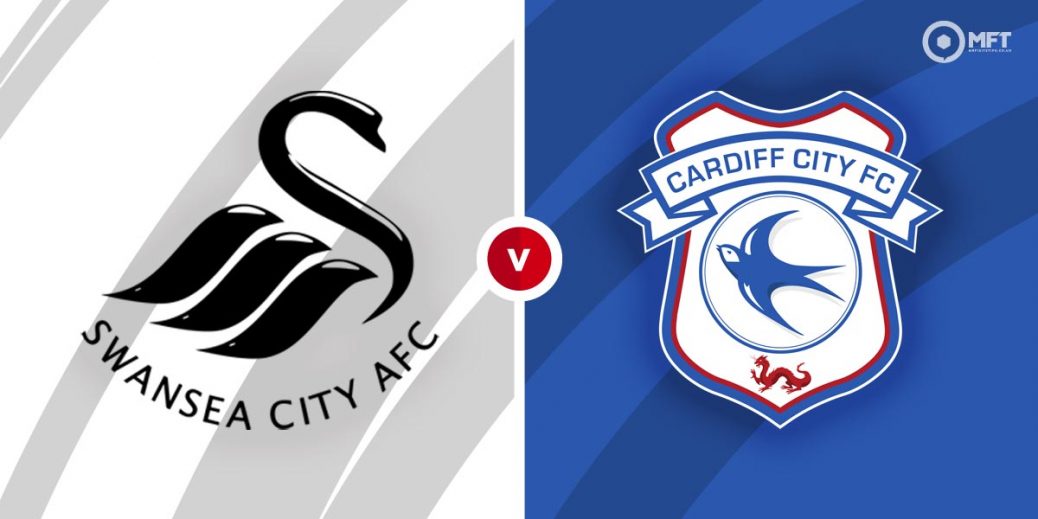 SWANSEA CITY suffered a midweek battering at Bournemouth, but they have the perfect opportunity to put things right when they welcome Cardiff City to the Liberty in the South Wales derby.

Steve Cooper's side have been solid defensively this season, so that midweek loss was a shocker and they will be up against Mick McCarthy's men, who had been going great guns until a defeat to Watford at home in their penultimate game which was their first defeat in 12 games.

As if this game wasn't spicy enough, there's extra incentive because bizarrely no side has won the two league matches in a single season in the history of this fixture and Swansea would do that with a win.

Swansea will be more concerned about catching Watford in second place, while Cardiff still have an outside chance of making the play-offs.

As mentioned, Swansea have the chance to claim a piece of history to being the first double winners in this fixture after a 2-0 win at the Cardiff City Stadium thanks to a double from Jamal Lowe.

Cardiff haven't won in their last four meetings between the sides.

Kieffer Moore is clearly Cardiff's danger man. He's scored 16 of City's 54 league goals this season – 30 per cent of them. He's 23/10 with Paddy Power to score anytime.

However, Andre Ayew slightly edges him. He's on 31 per cent of Swansea's goals by netting 14 of his club's 45 goals this season. He's scored five goals in his last six games and is 5/2 with the same firm.

There were five bookings and a sending off at the last meeting and there's precious little love lost in this fixture usually.

Swansea have a terrific home record having only lost twice at the Liberty this season. They are also fast starters – they have collected the second-highest amount of points in the half time table this season so the 12/5 with bet365 for them to be leading at the interval is appealing.

In fact, they top the table for scoring in both halves and 10/3 with McBookie.com for them to do just that has a real chance.

Cardiff are decent when it comes to goals at both ends with exactly 50 per cent of their games finishing with both teams to score so McBookie.com's evens has a real chance.

But given what is at stake and the price, a Swansea win on its own looks the call.

This English Championship match between Swansea City and Cardiff City will be played on Mar 20, 2021 and kick off at 17:30. Check below for our tipsters best Swansea City vs Cardiff City prediction. You may also visit our dedicated betting previews section for the most up to date previews.